Elizabeth Jungman, director of drug safety and innovation, submitted testimony on the role of the Federal government in encouraging antibiotic development.

Chairwoman Mikulski, Ranking Member Shelby, and members of the Committee, thank you for holding this hearing on the role federal investments play in driving innovation and for the opportunity to provide testimony. My name is Elizabeth Jungman, and I direct drug safety and innovation work at The Pew Charitable Trusts. Pew is an independent, nonpartisan research and policy organization which has focused for several years on developing and advocating for policies to encourage the innovation of antibiotics. My comments today will discuss the role of the Federal government in encouraging antibiotic development.

Innovation has propelled our economy forward for decades. The quality and diversity of our food supply is the envy of many nations. Advances in manufacturing have led to modern consumer products that make every day easier. New and better drugs improve and extend our lives in ways inconceivable a generation ago. And, in many cases, these important drugs have resulted from basic and translational research funded by the Federal government, for example in HIV, where NIH supported trials provided critical data for drug approvals. Federal investments in the Food and Drug Administration (FDA), which regulates these products, and the Centers for Disease Control and Prevention (CDC), which conducts the epidemiology so that we understand the incidence and prevalence of the diseases these drugs will treat, are also key components of the innovation ecosystem.

Recently, the Administration and Congress have rightly started to focus attention on innovation in antibiotic discovery and development, where the need is particularly acute. Antibiotics are one of the greatest success stories in modern medicine. Although we associate them with treating acute infections, these drugs underpin much of health care—from routine surgical procedures to organ transplants and cancer treatment. Unfortunately, the history of antibiotics is a race between innovation and resistance – as innovative science furnishes novel drugs, bacterial evolution can quickly render them ineffective.

And, in fact, the problem of antibiotic resistance is real and growing. Drug-resistant bacteria are spreading in our hospitals and our communities. According to a 2013 report by the CDC, more than 2 million people a year are sickened by drug-resistant infections, and more than 23,000 die as a result.1 In the past few years, pathogens resistant to multiple antibiotics, so-called “superbugs”, have emerged as an even greater public health concern. Doctors already face patients with untreatable infections, and threats such as CRE hint at the potential of worse to come. Nearly half of hospital patients who contract bloodstream infections from carbapenem-resistant Enterobacteriaceae (CRE) will die from the infection. CRE has spread rapidly across the nation, from one medical facility in one state in 2001 to medical facilities in 47 states and counting as of February 2014.2 CDC has classified CRE as an urgent threat, and called on doctors, hospital leaders, and public health officials to work together to stop these infections from spreading.

The President specifically referenced the need for innovation to combat antibiotic resistance in his most recent State of the Union. The President's Council of Advisors on Science and Technology (PCAST) is also looking at the issue of antibiotic resistance, including examining potential policies to address the dwindling pipeline of new antibiotics to treat serious and life threatening infections. We hope that this high-level attention will turn into meaningful action to encourage innovation of critically needed new antibiotics.

Congress also has taken steps to help. In 2012, Congress passed the Generating Antibiotic Incentives Now (GAIN) Act, as part of the Food and Drug Administration Safety and Innovation Act. This bipartisan legislation extends by five years the exclusivity period during which antibiotics that treat serious or life-threatening infections can be sold without generic competition. This increases the potential for profits from new antibiotics by giving innovative companies more time to recoup their investment costs. As of March 2014, at least 17 novel antibiotics have been designated as qualified infectious disease products under GAIN. While the GAIN incentives are an important first step, the antibiotic pipeline is not nearly robust enough and more work is needed.

In order to better understand the U.S. antibiotic pipeline and evaluate new policy options, Pew has identified antibiotics currently in clinical development. Our initial assessment of the pipeline shows at least 45 new antibiotics in development; however, any optimism regarding the sheer number of antibiotics in the pipeline must be tempered by careful analysis of current unmet medical needs and the harsh realities of drug development. Given the inevitability that many drugs in development will fail and not be approved for use in patients, it is clear that there are too few antibiotic drug candidates to meet current and anticipated healthcare needs. At best, only 1 in 5 drugs that make it to the initial phase of clinical trials will receive FDA approval for use, and some argue that fraction may be closer to 1 in 10.3 Furthermore, the antibiotics in the pipeline do not address all types of resistant bacteria in the clinic today, leaving gaps in treatment options for many patients with serious infections.

Drug development is an expensive and risky process. Bringing any new medicine to market costs hundreds of millions of dollars for basic and clinical research, including money spent on candidate drugs that do not pan out. Regulatory approval for drugs to treat highly resistant bacterial infections is especially challenging because only a small number of patients contract such infections and meet the requirements to participate in traditional clinical trials. These are daunting odds for any company, but especially challenging for small companies. Antibiotics generally generate less revenue than “blockbuster” drugs, such as those for high blood pressure or cholesterol. As highlighted in a report funded by the Swedish government, many major pharmaceutical companies have abandoned their investment in developing new antibiotics and instead are focusing their resources on medicines with the potential of generating greater profits. In the past 40 years only two new classes of antibiotics have been brought to market.4

The FDA Commissioner and other senior leaders at the agency have discussed the potential for a new Limited Population Antibacterial Drug (LPAD) pathway to address some of these challenges. Antibiotics approved under this pathway would be studied for use in smaller populations than antibiotics used for broader indications or conditions. This could help lower industry's development costs and make clinical trials more feasible for drug developers. In addition to Pew, this approach has been endorsed by PCAST, the Infectious Diseases Society of American, the American Medical Association, Trust for America's Health and the Antimicrobial Innovation Alliance, which is a group of drug developers, and other professional and public health groups. Congress is starting to act. Representatives Gingrey and Green have introduced the bipartisan Antibiotic Development to Advance Patient Treatment (ADAPT) Act. This legislation would direct FDA to create this regulatory pathway to allow the agency to approve new antibiotics intended for treating patients with serious or life-threatening infections, for whom there are few or no other treatment options available. Senator Bennet and Senator Hatch have also expressed support for this pathway in a letter to FDA last year.

While it is critical to address economic and regulatory barriers to antibiotic drug development, these efforts are wasted if we neglect the basic science that primes the antibiotic drug pipeline. Without innovative antibiotic research, we cannot hope to stay ahead of drug resistance. Industry scientists may be well positioned to identify questions with immediate relevance to drug discovery and clinical testing, but they are not equipped to conduct the long-term, in-depth basic biomedical research needed to tackle fundamental scientific questions. Academic scientists, on the other hand, have the capacity to conduct such research, but may not pursue work that feeds into the antibiotic drug pipeline.

NIH has begun to address the gap between basic research and commercial products through unprecedented federal funding for translational science. While this work is critical for addressing antibiotic resistance, it is not enough. Current research is still not addressing fundamental scientific questions that are long-standing obstacles to antibiotic drug discovery. For example, we do not fully understand how to get drugs into, and prevent them from being expelled from Gram-negative bacteria, which include many of the most formidable and clinically important pathogens.

Other countries have already begun to focus attention on gaps in scientific understanding and foster better communication and collaboration between academia and industry. The European Union has partnered with the European Federation of Pharmaceutical Industries and Associations trade group to form the Innovative Medicines Initiative (IMI). This large public-private partnership supports research and development projects between industry and academic researchers to advance drug discovery and development and has a range of large projects underway in the antibiotic field. While the IMI has great potential, other frameworks that establish a mechanism for scientists to work together toward common goals in a sustained, managed way would be beneficial for antibiotic innovation and development.

A PCAST 2012 report recommended the creation of a similar broad-based partnership to promote innovation and improvement in the discovery, development, and evaluation of new medicines for important public health needs.  In order to best leverage public and private investment, we need new, creative partnerships to tackle fundamental scientific problems that slow antibiotic discovery and development.

Despite the public health importance of antibiotics and antibiotic resistance, there is no cohesive patient advocacy coalition calling for better cross-sector cooperation or pushing for antibiotic drug discovery. This is, in part, because these infections are opportunistic and often secondary to another illness, and affected patients often identify with their primary disease. There will be no organized marches on Capitol Hill compelling members of Congress to make antibiotic drug discovery a national priority. We all depend on these drugs and it is up to all of us to make sure the drugs we have are preserved and that we are investing in the development of new drugs.

Antibiotic resistance is a societal issue that requires partnership and collaboration across government agencies, including NIH, CDC, and FDA, and between academia and industry partners. We are depending on leaders in Congress to help ensure that federally funded antibiotic research is coordinated and supports promising ideas and innovation by tackling long-standing obstacles to antibiotic drug discovery and exploring new areas of science to develop innovative approaches to address growing antibiotic resistance. 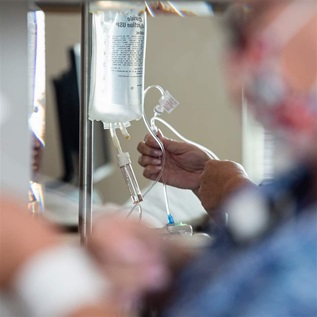 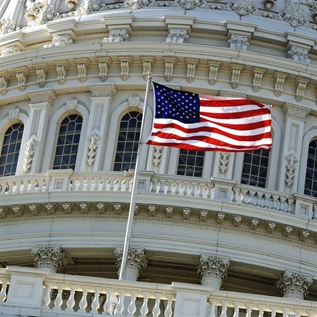