In February 2013, Dana Dziadul delivered the following testimony at a public meeting held by the U.S. Food and Drug Administration (FDA) in Washington, DC. The meeting was one of a series organized to receive comments on rules that FDA is proposing to implement the FDA Food Safety Modernization Act, or FSMA.

My name is Dana Dziadul, and I am 15 years old. It is a miracle that I am here today, because when I was 3, my parents never thought they would see my next birthday. On Easter Sunday in 2001, I ate cantaloupe that was tainted with Salmonella. I became very sick, with a high fever of 104 degrees, bloody diarrhea and stomach cramps that made me scream with pain.

I was admitted to the hospital and went through test after test without a diagnosis. As time passed, the Salmonella entered into my bloodstream, causing blood poisoning. Ten days after eating the cantaloupe, I was finally diagnosed with Salmonella Poona blood poisoning. The doctors immediately started me on five antibiotics, which were pushed through an IV into my 40-pound body. Heart monitors, oxygen, and catheters were attached and my hospital room was equipped with everything necessary should I go into respiratory or cardiac arrest. For the next week, my mother never left my side, for fear that when she returned I would not be alive.

I was finally able to go home, yet not without consequences of the Salmonella Poona infection. I was diagnosed with reactive arthritis, an inflammatory form of arthritis that can arise after certain foodborne illnesses. This is a debilitating disease that affects my life every day—all because I ate cantaloupe. 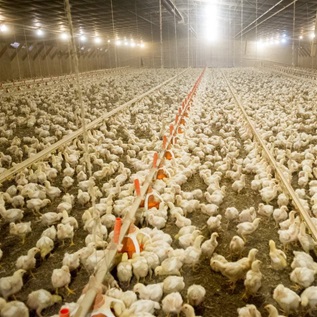