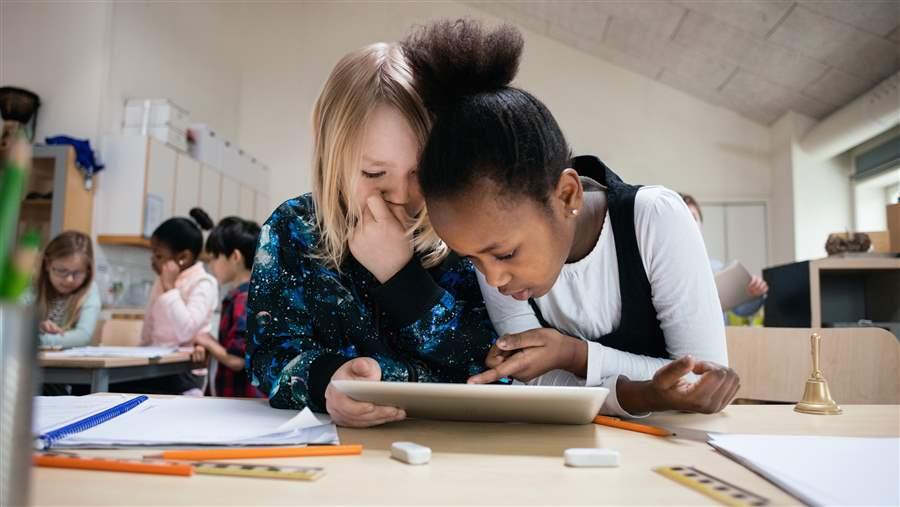 The performance of public schools and the achievement of their students influence many important outcomes beyond the classroom, including one that may seem surprising: health. Studies consistently show a strong correlation between educational level and health over a lifetime, even after controlling for demographic characteristics such as income.1 Those with more education live longer and have a lower risk of chronic diseases, such as diabetes. However, about 1 in 6 U.S. public schools—more than 16,000—did not meet state standards for student achievement in the 2014-15 school year, the most recent for which data are available. This poor performance was reflected, for example, in on-time graduation rates: At 12 percent of public high schools, at least a third of students did not graduate within four years.2

In 2015, in an effort to improve the nation’s public schools and close achievement gaps among students of different racial, ethnic, and socio-economic backgrounds, Congress passed the Every Student Succeeds Act (ESSA), modifying the nation’s 50-year-old public education policy. The law requires states to identify every three years which schools are low-performing. It also mandates that local educational agencies (LEAs), which include school districts, conduct needs assessments for those schools to identify areas of underperformance and determine what steps should be taken to raise achievement. LEAs must then create plans for the schools to reach the stated goals. Importantly, ESSA outlines the basic steps that LEAs need to take to meet these requirements, but it does not explicitly say what issues should be assessed.

Research shows that academic achievement can be affected not only by issues that fall within LEAs’ typical purview (including teacher quality, curricula, and testing) but also by factors such as housing instability, food insecurity, and health problems—known in the educational field as “root causes.” A strong body of evidence demonstrates that these outside-the-classroom challenges can inhibit children from reaching their full academic potential, which can have cascading effects on their lifelong health.

To determine whether LEAs and low-performing schools could leverage ESSA requirements to address root causes among their students, the Health Impact Project, a collaboration of the Robert Wood Johnson Foundation and The Pew Charitable Trusts, conducted a health impact assessment (HIA) of how needs assessments and improvement plan strategies, including expanded family and community involvement, might affect achievement and related health outcomes across diverse student populations. HIAs bring together research, health expertise, and stakeholder input to identify the potential and often-overlooked effects on public health of proposed laws, regulations, projects, policies, and programs. For this assessment, the HIA team conducted a literature review, stakeholder interviews, and an examination of efforts in nine states and localities to illustrate a number of innovative approaches to needs assessment and school improvement strategies.

The HIA found that of the more than 9 million children and teens enrolled in low-performing schools in 2013-14, nearly 70 percent were students of color and nearly three-quarters were eligible for free or reduced-price lunches, a common proxy for low family income. Research indicates that these students disproportionately encounter circumstances that can hurt their academic performance, including school disciplinary policies and housing instability. The literature, interviews, and state and local examples suggest that LEAs could more effectively improve schools if they examined factors outside the classroom that affect academic achievement and if they established partnerships with social service agencies, public health departments, hospitals, and other community organizations to address identified problems.

This document provides a detailed discussion of ESSA and state and local strategies for school evaluation and improvement and examines the HIA findings in depth. Although the HIA focused on needs assessments for schools already identified as low-performing, its findings can be used by any school, district, or state. Education advocates could also develop detailed guidance, tools, and other resources to help states and local districts conduct needs assessments and carry out improvement plans that address root causes.3

Education Is a Strong Predictor of Health

How schooling affects health over a lifetime

How schooling affects health over a lifetime.

Student Academic Performance Is Affected by Issues Inside and Outside School