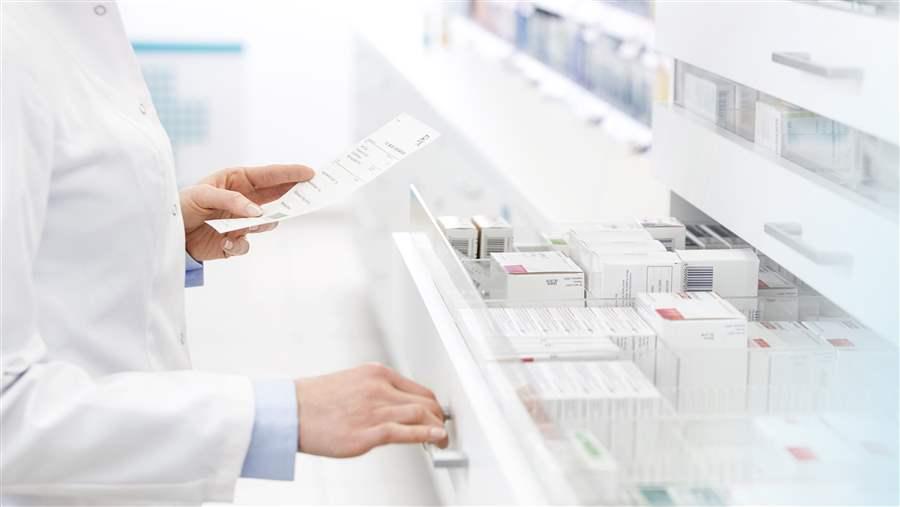 This report was updated December 2016 to reflect revised state data.

The prescription opioid epidemic poses major threats to the nation’s health. According to the Centers for Disease Control and Prevention, approximately 19,000 people in the United States died from overdoses involving prescription opioids in 2014—a 16 percent increase from the previous year, and the highest number ever recorded. Emergency room visits by people using opioids for nonmedical reasons, such as taking a higher-than-prescribed dose or a prescription intended for another person, increased 117 percent between 2005 and 2011. Furthermore, people who are addicted to prescription opioids are 40 times more likely to become addicted to heroin. And the rate of deaths involving heroin increased nearly fivefold between 1999 and 2014, with more than 10,500 people dying of heroin-related overdoses in 2014.

Because increased prescribing of opioids has been a primary driver of the prescription opioid epidemic, reducing the overprescribing of these therapies is a primary focus of efforts to reverse these trends.

PDMPs allow prescribers and pharmacists, as well as other individuals and entities (such as researchers, health insurers, and medical licensing boards) that are authorized to access the data, to monitor controlled substance use by patients, the prescribing practices of medical practitioners, and population-level drug use trends. For example, a prescriber who is considering issuing a controlled substance prescription can check a patient’s exposure to commonly misused drugs, such as opioid pain relievers and benzodiazepine anti-anxiety medications; licensing boards can use the data to identify aberrant prescribing patterns by practitioners; and state public health officials can use aggregated PDMP data to inform the development and implementation of targeted public health interventions, such as prescriber education campaigns. However, the type of access that is authorized varies by user. For instance, while prescribers have access to PDMPs and use them to examine controlled substance prescriptions on the individual patient level, state public health officials can access PDMP data only at the aggregate level. (Additional information on these and other PDMP uses is available in the Background section of this report.)

According to the Prescription Drug Monitoring Program Training and Technical Assistance Center—a partnership of the Bureau of Justice Assistance and the Heller School for Social Policy and Management at Brandeis University that helps stakeholders plan, implement, standardize, and enhance PDMPs—the number of PDMPs has grown rapidly in the past 15 years, with programs now operational in all states (with the exception of Missouri), Guam, and the District of Columbia. However, the number of prescribers utilizing PDMPs remains low, thus limiting the effectiveness of these databases.

The White House Office of National Drug Control Policy, which has said that PDMPs are critical to improving public health, has set a goal of doubling the number of health practitioners registered with PDMPs by 2017. Consequently, PDMP administrators, state and federal health officials, professional organizations, and legislators are examining ways to increase prescriber use of PDMPs.

This report, written by researchers from the Institute for Behavioral Health, Heller School for Social Policy and Management at Brandeis University in collaboration with The Pew Charitable Trusts, describes eight evidence-based practices aimed at increasing prescriber utilization of PDMPs: 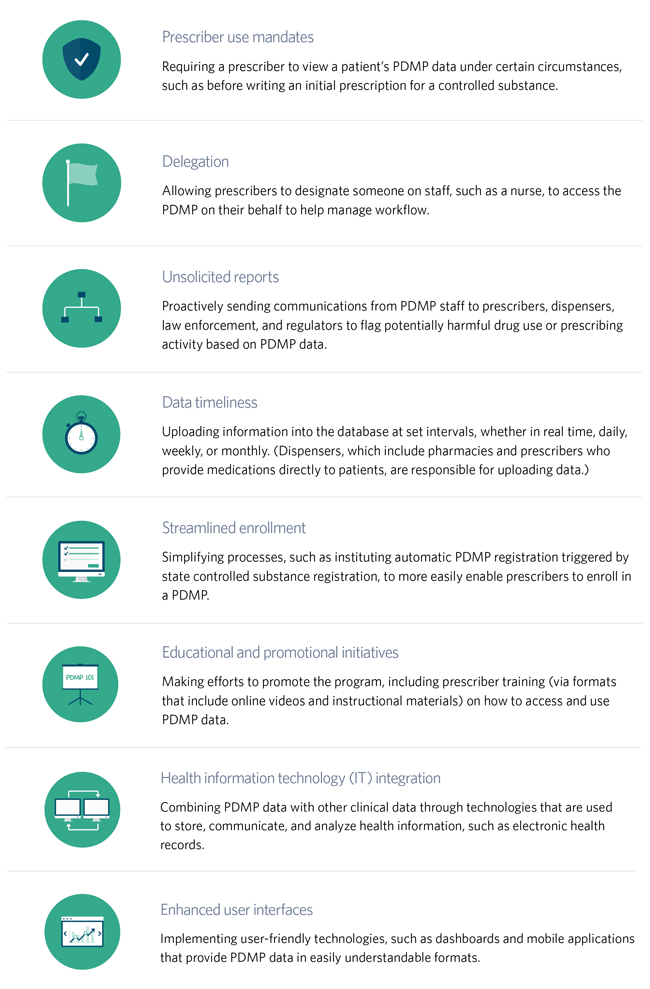 The extent and quality of evidence of these practices’ effectiveness varies, but there is sufficient information to conclude that adopting one or more of them will increase prescriber utilization of PDMPs. The review of available evidence found that the practices can work in the following ways:

This report also includes case studies of states that have implemented one or more of these practices.

As the opioid crisis continues to ravage communities across the United States, policymakers and public health officials are increasingly using new tools such as prescription drug monitoring programs (PDMPs)&mdash;state-based electronic databases that track the dispensing of certain controlled substances&mdash;to stem the misuse of prescription opioids and reduce overdose deaths.