On April 20, 2010, the BP Deepwater Horizon oil rig exploded, killing 11 people and setting into motion the largest oil spill in the nation's history.

In the 87 days it took to cap the well, almost 5 million barrels of oil spilled into the Gulf of Mexico, the equivalent of 19 Exxon Valdez oil spills. Scientists will spend years determining the costs to wildlife and fisheries, but this much is known:

The disaster drew attention to the lax regulation of offshore energy exploration. Even though the number of U.S. offshore oil and gas leases had increased 200 percent from 1982 to 2007, the number of government inspectors did not keep pace. At the time of the spill, there was only one inspector for every 54 oil platforms in the Gulf.

After the spill, the House of Representatives passed a series of measures to help prevent similar disasters. Unfortunately, the Senate did not pass any of the 84 bills that were introduced to increase regulatory oversight. 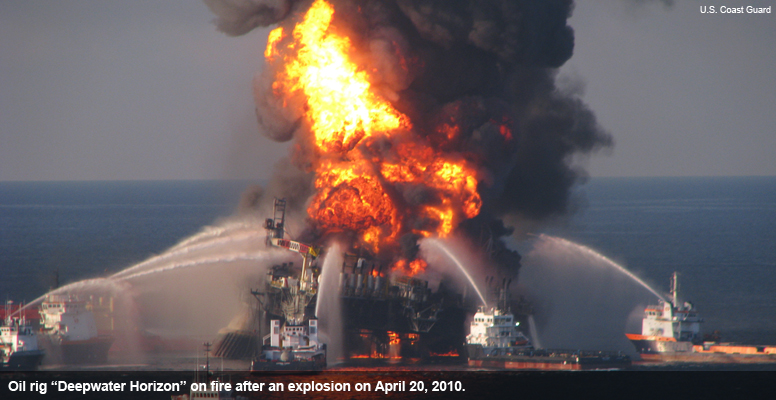 The Obama administration took several steps to reform management of offshore energy in federal waters, and there is now a new focus on oversight. The regulatory agency overseeing offshore energy exploration, the Minerals Management Service, was reorganized into three separate agencies: a revenue collection unit, a management unit, and an environmental and safety compliance unit, each with an expanded budget to increase the number of inspectors.

The Department of the Interior also established new requirements for offshore energy in U.S. waters, including: 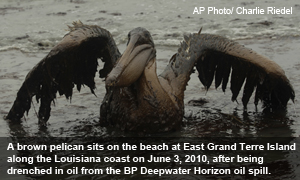 Although leasing and drilling slowed in U.S. waters after the Deepwater Horizon spill, there is now increased interest in drilling offshore in the riskier and more vulnerable frontier waters of the Arctic.

Those waters are ice-covered for eight or nine months of the year and are in almost complete darkness for nearly three of those months. Even during the summer, when the ice pack has mostly receded, the Arctic experiences high seas, wind, freezing temperatures, dense fog, and floating ice hazards.

Even more challenging, the major highways, airports, and ports that most Americans take for granted do not exist in the Arctic. The nearest Coast Guard base is more than 950 air miles away, and the closest large seaport is over 1,000 miles away, about the distance from Seattle to Los Angeles.

Technology for extraction of oil has far outpaced that for oil spill prevention and response. As we saw with the Deepwater Horizon spill, the response technology of skimmers, booms, dispersants, and burning has improved little in decades.

Pew has been strongly advocating for the United States to adopt specific Arctic standards to guide energy exploration, including: 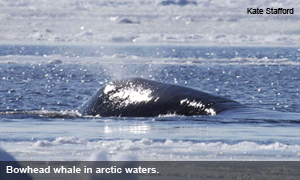 The Pew Charitable Trusts does not oppose offshore drilling, but it believes there must be a balance between responsible energy development and protection of the environment. Traditional hunting and fishing areas must be exempted from future leasing to safeguard these areas for Alaska Natives, who have relied on these waters for centuries. And it is essential that appropriate standards be established for safety and for oil spill prevention and response in the Arctic.

“There should be world-leading standards for any company operating in the remote, extreme, and vulnerable Arctic Ocean. This would provide regulatory certainty for the industry and ensure protection of the marine ecosystem,” said Marilyn Heiman, who directs Pew's U.S. Arctic program. “It will also reduce the chance of another catastrophic event like the Deepwater Horizon spill.”