Of all the numbers that tell the story of Philadelphia today, one stands out as an unambiguous expression of confidence in the city's future. Last year, developers received building permits for 2,815 units of new residential housing, the most approved in a decade. Those units are worth an estimated $465 million, the highest annual amount on record. Investors appear to be betting that Philadelphia's population, which rose for the seventh straight year in 2013 to 1,553,165, will keep growing and that many of the new residents will be looking for new homes and apartments. Even with the new construction and the rising population, though, Philadelphia's chronic problems have not gone away, and progress on those fronts has proved difficult to sustain. There are ample reasons for optimism, but the underlying challenges are as daunting as ever.

This report examines 14 indicators of Philadelphia's condition and is an update to Pew's more comprehensive Philadelphia 2013: State of the City.

Among the report's key indicators:

To read more about the state of Philadelphia, including topics such as poverty, unemployment, and transportation, view or download the PDF.  You may also view interactive graphics from our 2013 report.

View the 2013 report graphics below. 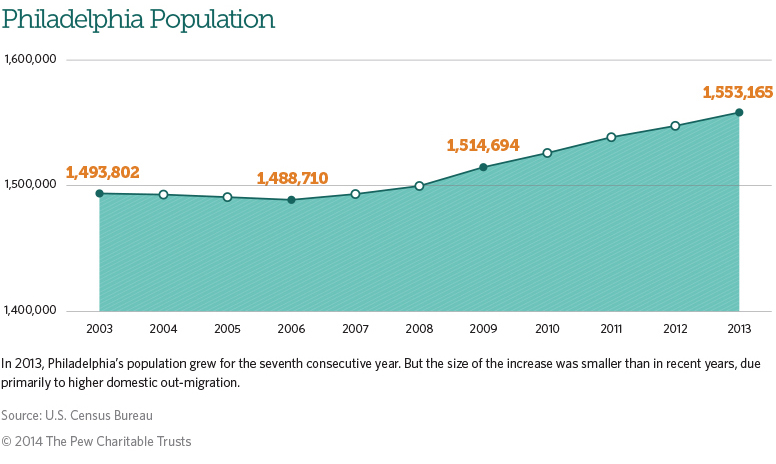 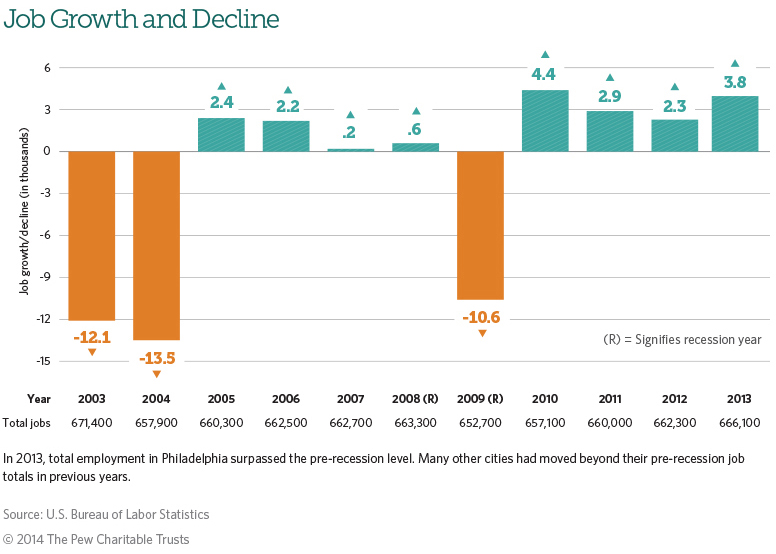 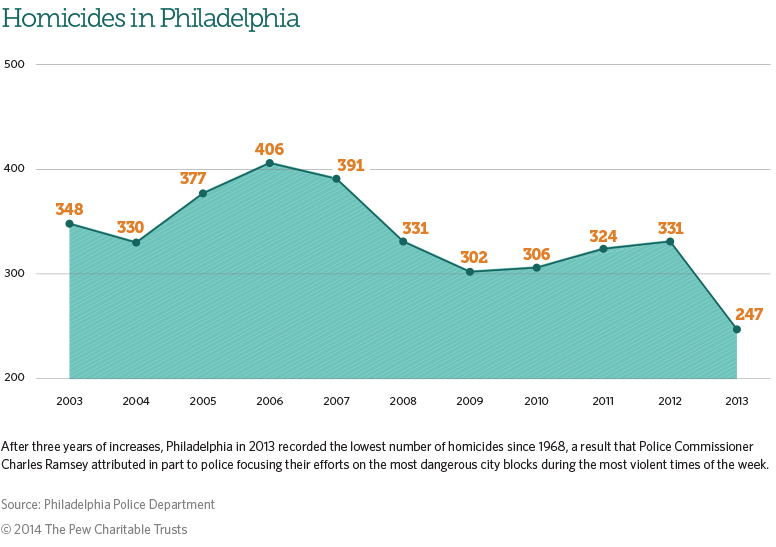 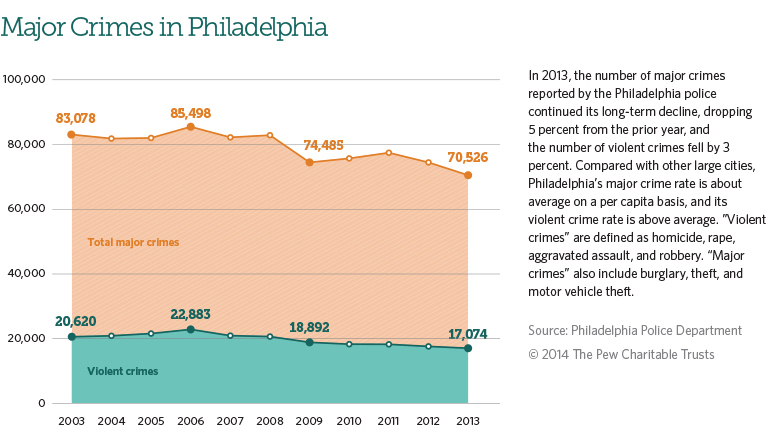 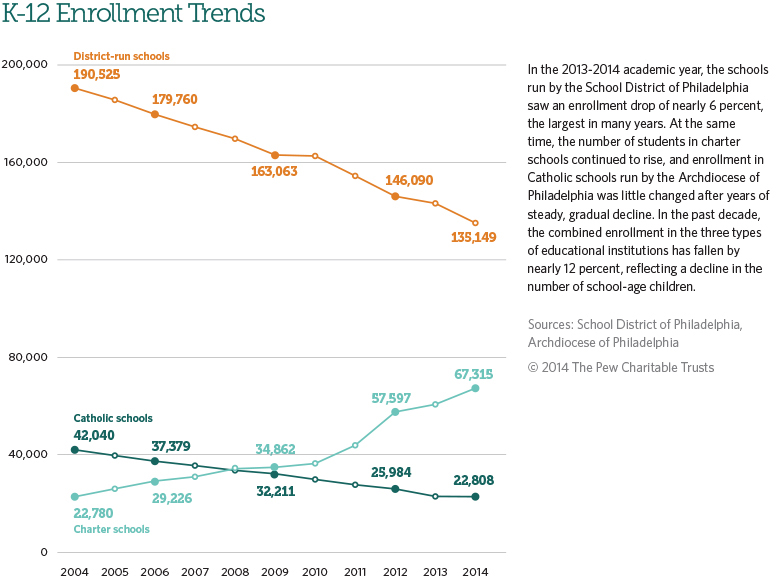