The decades of the 1990s and 2000s could not have been more different for state government finances. In the booming 1990s, states rode the longest economic expansion in U.S. history. In the tumultuous 2000s, they endured a weaker period marred by two recessions, including the deepest downturn since the Great Depression.

Surging tax revenue during most of the 1990s allowed governors and legislatures to reduce taxes while increasing spending for programs such as K-12 education and aid to local governments. Many states built up rainy day funds and rewarded their public workers with raises and increased benefits. The reverse was true throughout much of the 2000s as declining revenue drove officials to increase taxes and fees while cutting many government services and programs, slashing aid to localities, draining reserves, laying off and furloughing state employees, and reducing their benefits.

The economic ups and downs of the past two decades illustrate how volatile state revenue can directly influence the timing and size of budget shortfalls and surpluses. Revenue swings in either direction often confound the best efforts of state officials and policymakers to accurately forecast revenue and keep budgets balanced.1 For this reason, it is important for policymakers to adopt practices that smooth state finances over shifts in the business cycle. Such policies can reduce the need for difficult budget choices, including spending cuts and tax increases during periods of decline, or identifying the best use of surplus dollars when tax collections are flush.

To help policymakers understand volatility and to suggest policy options that could best manage it, Pew examined state patterns of economic and revenue fluctuation over the past 20 years. The research found that:

No one knows what the coming years will bring, with the economy continuing to be difficult to predict. Policymakers have limited influence over states' unique business cycles and the resulting changes in tax revenue, and even less control over other volatility drivers such as natural disasters. Nevertheless, Pew's research found some promising practices that can help policymakers chart a clearer course in spite of persistent fiscal uncertainty: 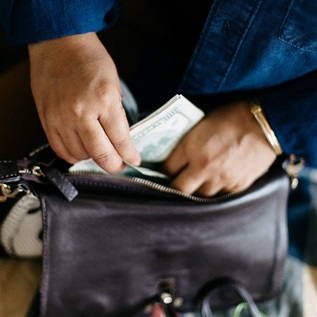