The growth of Philadelphia's young-adult population in recent years has been hailed as one of the more positive developments in the city's recent history and a possible key to its future.

Since 2006, when the city's population reached its lowest point in a century, no major city has experienced a larger increase in 20- to 34-year-olds than Philadelphia, as measured by the change in their percentage of each city's overall population.

This boom, however, appears to be as fragile as it is promising. Young adults—members of the nation's vast millennial generation—are drawn to the city by its vibrancy, diversity, culture, and nightlife. But many of them voice a familiar set of concerns about life in the city, bemoaning the dirty streets, the crime, and the perennially troubled school system. And they are contending with a local job market that many consider to be lacking in the kinds of opportunities that lead to careers.

In a Pew Charitable Trusts poll, half of the 20- to 34-year-olds questioned said they definitely or probably would not be living in Philadelphia five to 10 years from now, compared with about 3 in 10 for the rest of the city's adult population. The millennials cited job and career reasons, school and child-rearing concerns, and crime and public safety as the primary reasons for their potential departures. 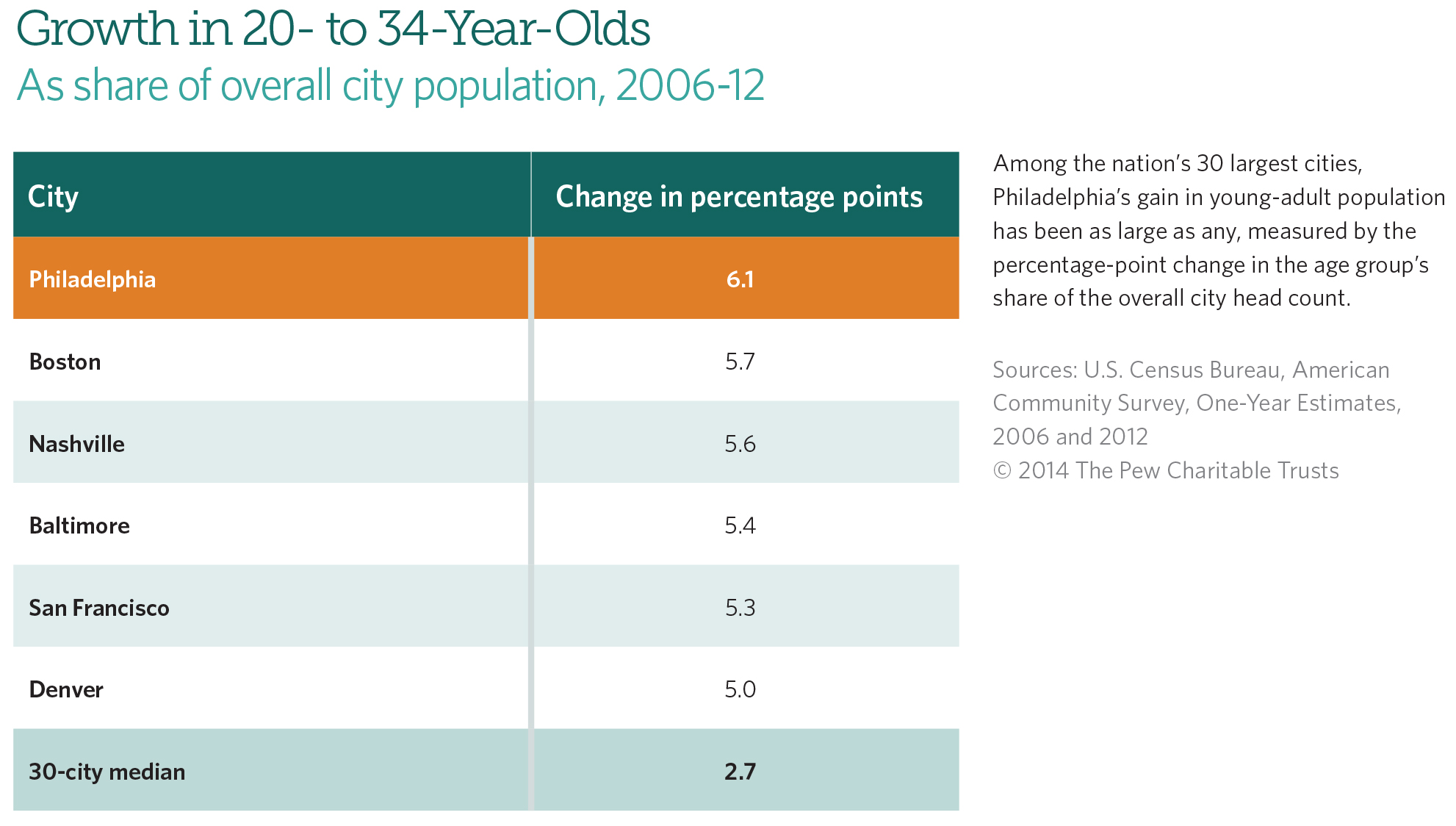 Using demographic data, focus groups, and polling results, Pew took a close look at Philadelphia's young adults, a group that has brought the city a renewed sense of vitality and hope and has enlivened its streets, day and night.

Pew's poll found that young adults share their elders' views of Philadelphia in many respects, but in several important areas, they are slightly less positive about the city and less optimistic about its future. For instance, 54 percent said they consider the city an excellent or good place to live, compared with 62 percent for all other age groups. 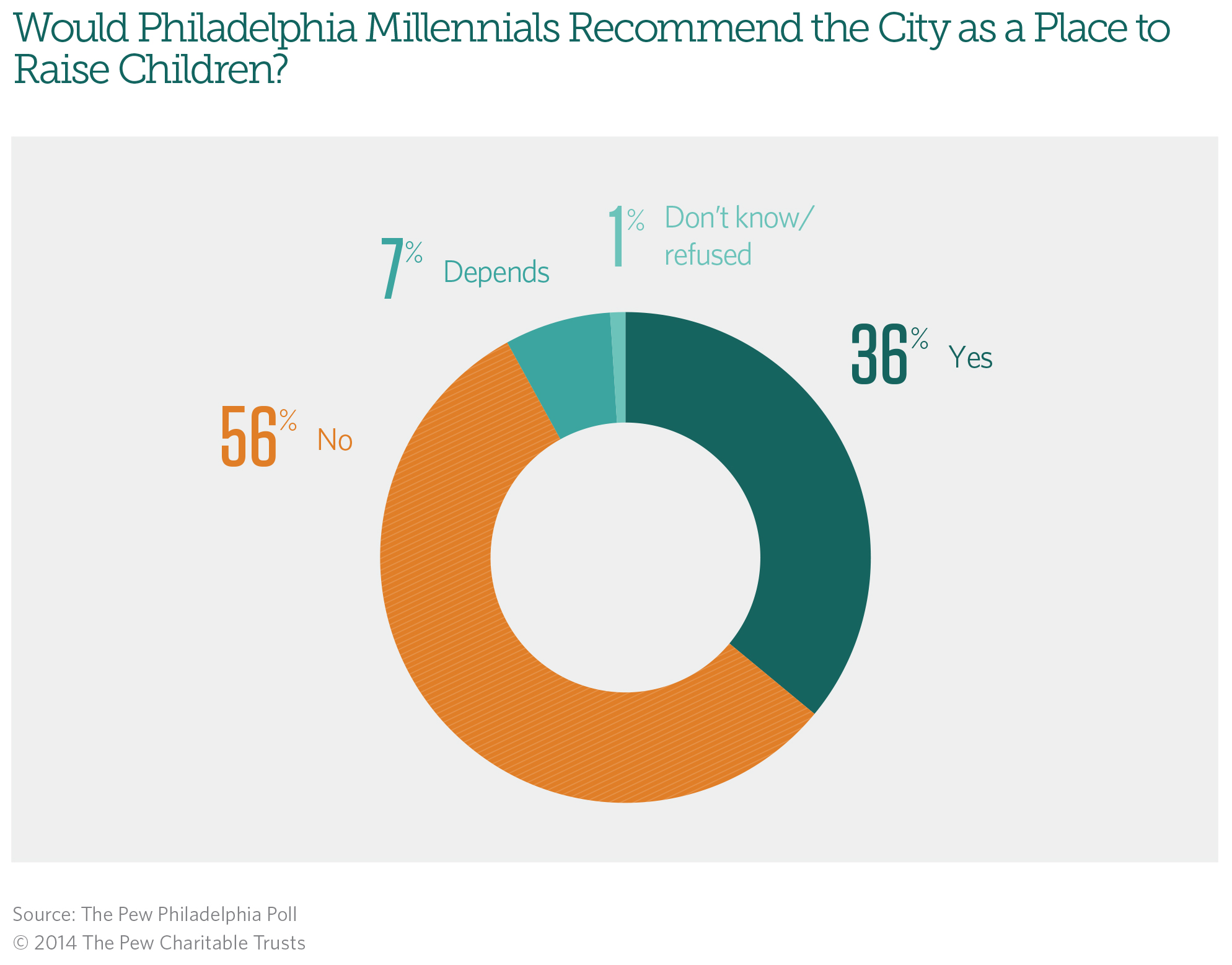 Of potentially greater import is that only 36 percent of millennials said they would recommend the city as a place to raise children, while 56 percent would not. With many young adults starting to raise families or thinking about doing so, this view is a not a positive sign.

These results suggest that the millennials' affection for Philadelphia is conditional. And for the city, the stakes in meeting those conditions are very high.