Little more than half of the 1,605 residents surveyed said they knew about the new system, known as the Actual Value Initiative or AVI, which was enacted by the City Council this year after several years of consideration. Among those who are aware of AVI, 44 percent believed it would make real estate taxes less fair, compared with 26 percent who said it would make real estate taxes more equitable.

Most Philadelphians felt that the change would have no impact on whether they continue to live in the city. But 22 percent said they would be less likely to remain as a result of the tax changes, compared with 8 percent who would be more likely to stay.

As for future revisions in the tax system, residents said they favored a concept long advocated by leaders of the business community and others: reducing local taxes on wages and businesses as a way to spur job creation. The ratio of support was well over 2-to-1. But they opposed the idea of raising property taxes to help make up for any resulting budget gaps by a ratio of nearly 2-to-1.

On the whole, residents appeared to be less accepting of taxes and government than in prior years. Asked which path they generally preferred—higher taxes and more government services or lower taxes and fewer services—Philadelphians opted for lower taxes/fewer services by a margin of 9 percentage points, 50 percent to 41 percent. In 2012, respondents favored higher taxes/more services by 7 percentage points, 49 percent to 42 percent. 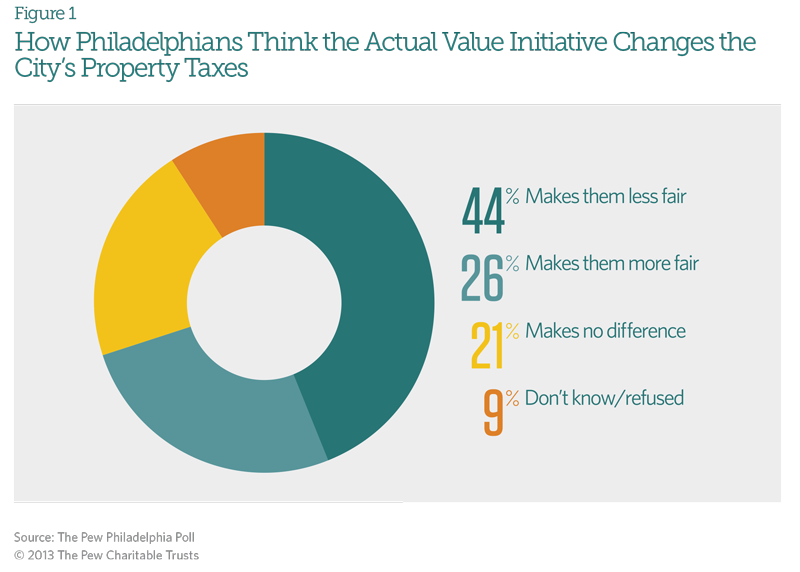 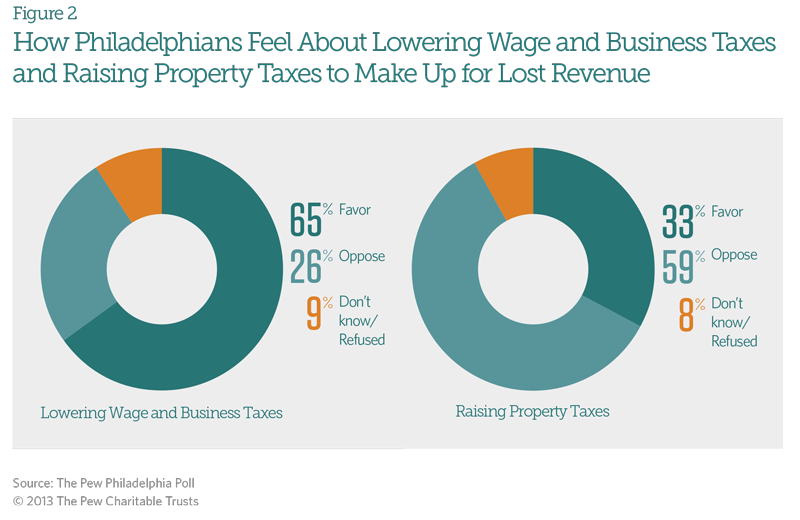