A new poll from The Pew Charitable Trusts finds that Philadelphians are concerned about the city's prospects and take a dim view of its political leadership.

On the whole, residents gave the city lower ratings in this poll than at any time during the five years that Pew has been polling locally:

Philadelphia's elected officials did not escape these downward trends in residents' attitudes. Mayor Michael Nutter's ratings were the lowest recorded in the five years of Pew surveys.

The City Council's job approval rating also was lower, though it did not fall as much. Thirty percent of respondents approved of the job the council is doing, a decrease of 5 percentage points from 2012.

Despite these negative perceptions, three-fifths of Philadelphians said they considered the city a good or excellent place to live, roughly the same as in previous years. 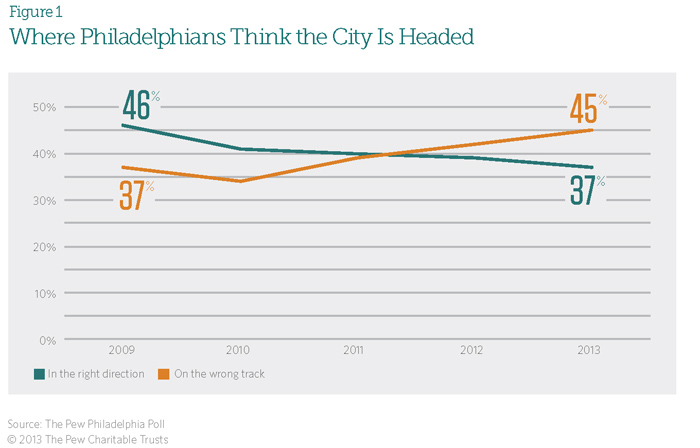 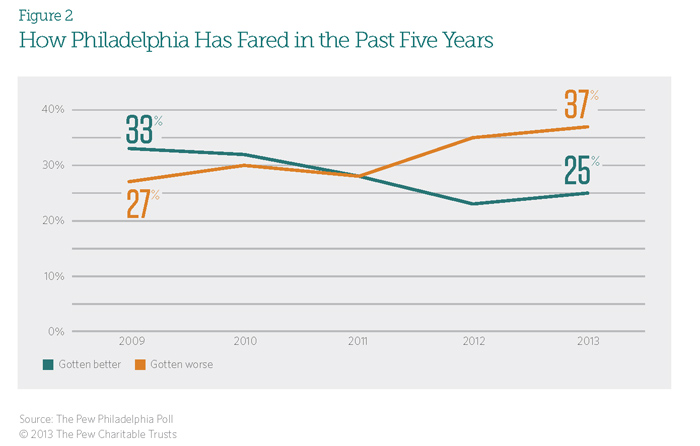 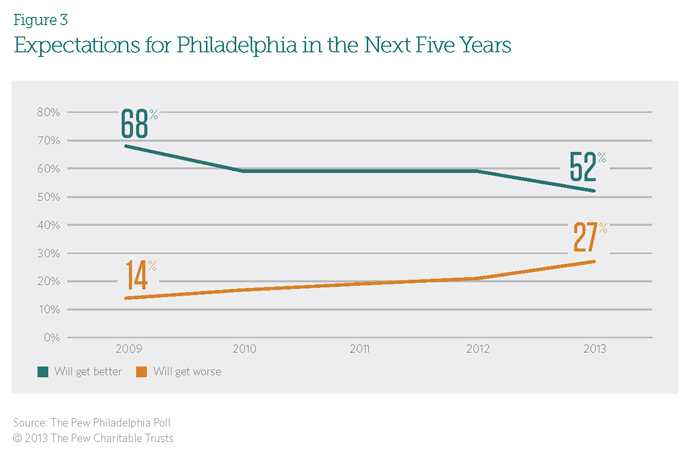