A new poll from The Pew Charitable Trusts finds that Philadelphians have a very low opinion of their city's financially distressed public school district and that most residents think the system's problems will drive families to seek other educational options or leave the city.

Only 18 percent of the Philadelphians surveyed said the schools are doing a good or excellent job. This is the lowest positive rating in the five years that Pew has been polling on this topic; 78 percent described the schools as “only fair” or poor, and 52 percent of all respondents opted for poor. Last year, only 35 percent gave that grade to the schools.

Residents were split on whom to blame for the funding crisis, which has resulted in reduced staffing in schools and larger class sizes. Thirty-one percent said Mayor Michael Nutter and the City Council bear the most responsibility, while the same percentage placed the blame on Pennsylvania Governor Tom Corbett and the state Legislature. Twenty-one percent cited the school administration and School Reform Commission. And 11 percent named the labor unions representing teachers and other school employees.

As a result of the school district's difficulties, 48 percent of Philadelphians said they expect families to seek other educational options within the city, and 23 percent expect families to start leaving. Twenty percent said the situation will make little difference on where families send their children to school.

In response to a separate question—this one posed to those individuals, roughly one-third of all respondents, who expect to move out of the city in the next five to 10 years—23 percent listed schools and child-rearing issues as a primary reason for departing. Factors cited more frequently were job and career (29 percent) and crime and safety (25 percent). 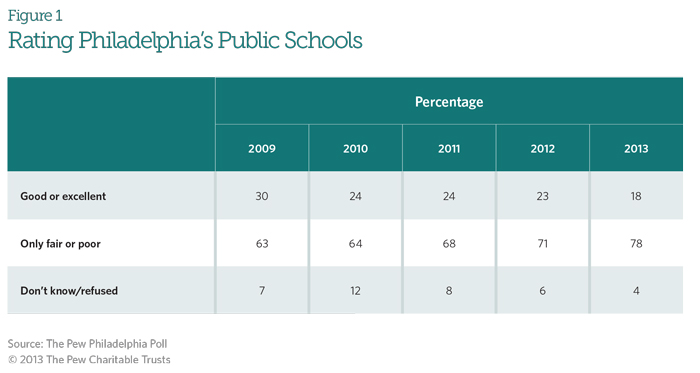 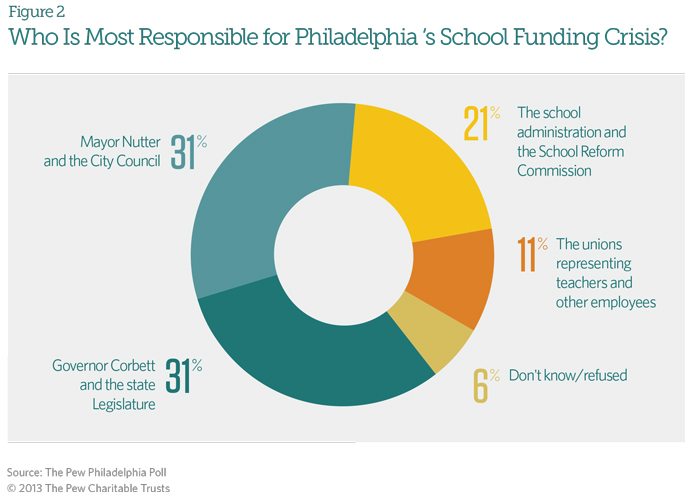 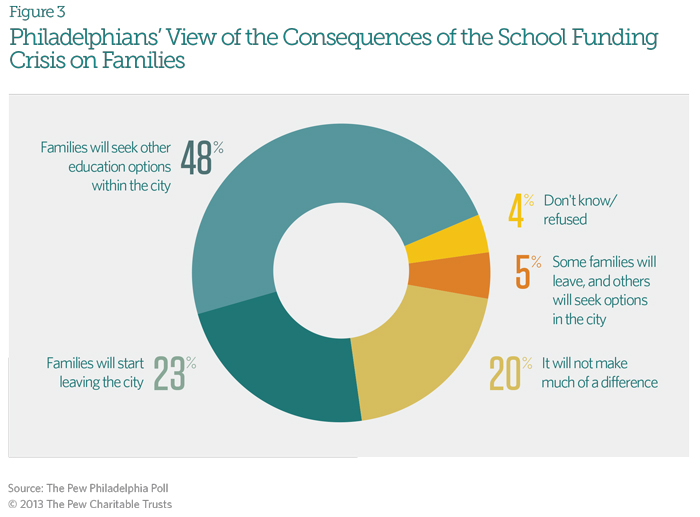 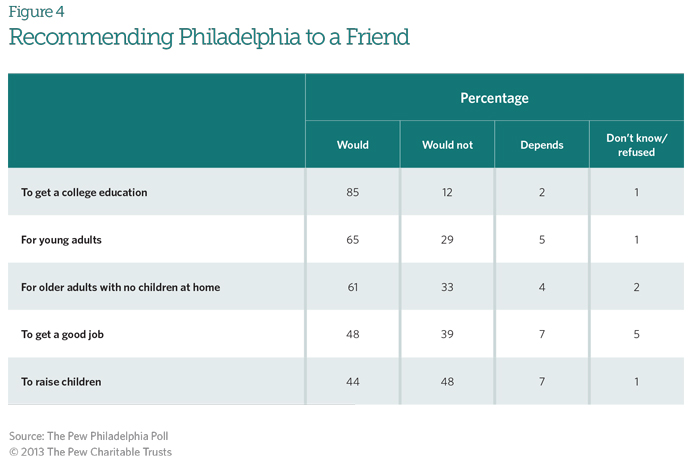 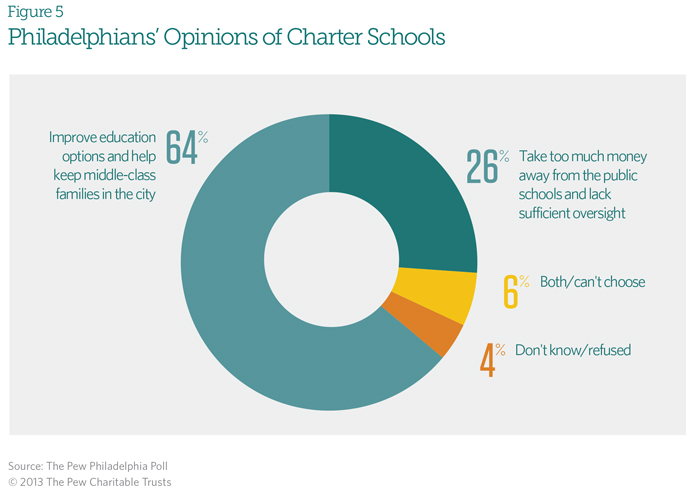