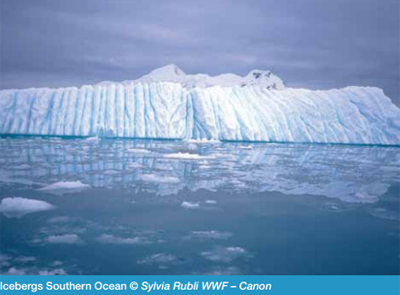 The Commission for the Conservation of Antarctic Marine Living Resources (CCAMLR), the body that regulates this marine environment, has set a target date of 2012 for establishing the initial areas in a network of Antarctic marine protected areas.

One of the key places that the Antarctic Ocean Alliance seeks protection for is the Ross Sea region, including the Balleny Islands, the Paci!c seamounts and the Ross Sea embayment. This report describes our proposal and the rationale for its designation. This is the first in a series of “Antarctic Ocean Legacy” proposals from the Alliance.

For the Ross Sea region, our proposal is to establish a fully protected marine reserve of approximately 3.6 million square kilometers. This proposal is justified based on the work of scientists, governments and non-government organisations (NGOs) over the past five years highlighting the environmental importance of the region. Over 500 scientists worldwide have supported the call to protect vital Ross Sea habitats including the whole continental slope and shelf because of their environmental and scientific significance.

This report starts with a description of the fascinating ecosystems in the Ross Sea region. It examines the marine research that has been done to date in light of two useful scenarios developed by the United States and New Zealand governments. We conduct an analysis of those scenarios and conclude that the best elements of all this work can be brought together in a combined and enhanced proposal that truly protects the critical, unique and precious Ross Sea ecosystem. 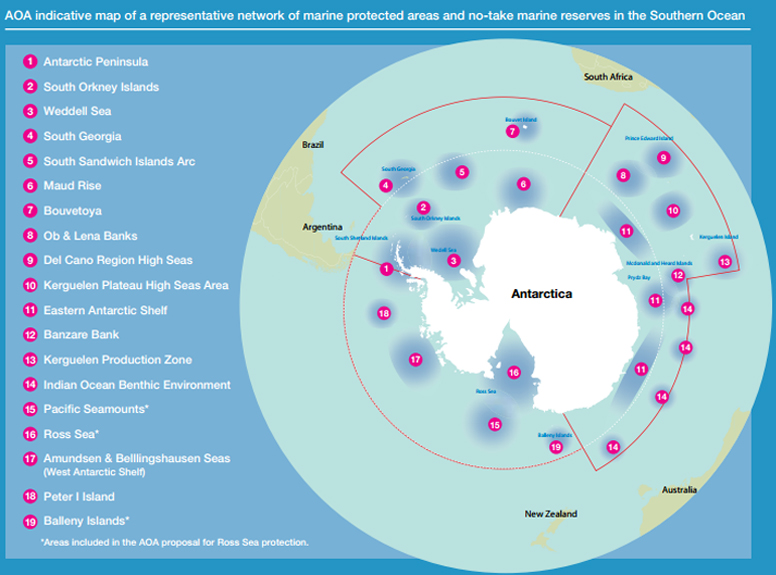 The proposal for a marine reserve put forth by the Antarctic Ocean Alliance in this document seeks to protect large-scale ecosystem processes in their entirety. This includes the:

For these reasons we recommend the protection of the Ross Sea region as described in the Proposal section of this report.

The Ross Sea is a keystone in any future Southern Ocean conservation network; its designation as a large-scale marine reserve would be an important and inspirational step for marine protection both in the Southern Ocean and globally. There is an unprecedented opportunity to establish the world's largest network of marine protected areas and no-take marine reserves in the oceans around Antarctica as a legacy for future generations – the most comprehensive regime of its kind on the planet. With such a network in place, key Southern Ocean habitats and wildlife would be protected from destructive human activities. We believe that with visionary political leadership, CCAMLR can grasp this opportunity.