With nearly one-third of its seats sitting empty, 70,000 in all, the School District of Philadelphia plans to close multiple buildings over the next two years. In doing so, Philadelphia will be following in the footsteps of cities throughout the Northeast and Midwest.

The factors prompting the closings, in Philadelphia as in the other cities, include a dwindling population of school-age children, mounting budget pressures, deteriorating facilities, poor academic performance, and the growth of charter schools and other alternatives that have lessened the demand for traditional public-school education.

Closing Public Schools in Philadelphia: Lessons from Six Urban Districts looks at six cities that have engaged in large-scale public school closings in the past decade—Chicago, Detroit, Kansas City, Mo., Milwaukee, Pittsburgh and Washington—to better understand what is in store for Philadelphia.

The analysis produced the following conclusions:

No matter how well school closings are executed, and no matter how much more the surviving schools may have to offer, some parents and community leaders are likely to be upset over the shuttering of a particular school or the new options on offer for the displaced students. This study found several approaches that have worked better than others in generating public acceptance for the closings and the resulting changes in the school system.

The likelihood of public acceptance, though not necessarily enthusiasm, went up when school officials: 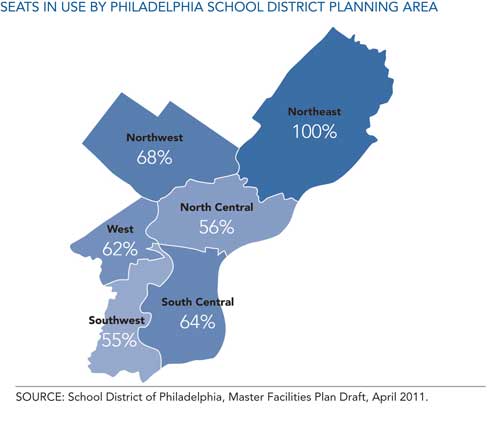