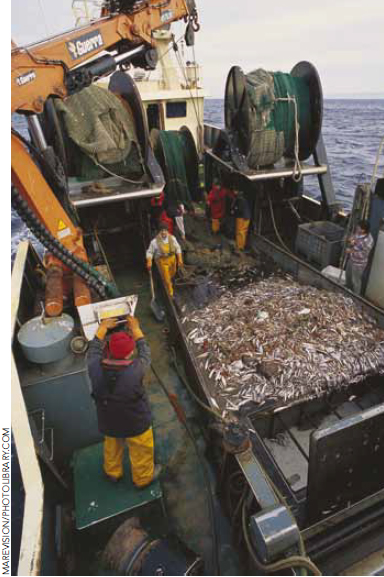 Illegal, unreported and unregulated (IUU) fishing is notorious for undermining efforts to manage fisheries sustainably and has detrimental environmental, social and economic consequences. Pew's Port State Performance research focuses on the role that port States play in abating IUU fishing by assessing how effectively they are implementing port State measures. As the situation stands, the system of port State measures lacks transparency, accountability and global reach, and is thus failing to close loopholes exploited by IUU operators and to keep IUU fish out of ports (flothmann et al. 2010).

Without effective management of fish stocks, the outlook for global fisheries is bleak. Unscrupulous owners and operators of fishing vessels around the world continue to undermine fisheries management by disregarding regulations designed to conserve the marine environment. Just the unlawful aspects, namely illegal and unreported fishing, account for catches equivalent to approximately one-fifth of the global reported fish catch. In response to the consistent failure of many flag States to control IUU vessels on the high seas, the international community initiated an additional approach to tackling IUU fishing: port State measures. By adopting restrictive measures in ports where IUU catch is landed, port States can prevent IUU fish from entering international trade and finding their way into key markets. accordingly, national, regional and global initiatives have been focusing over the past decade on the adoption and implementation of increasingly stringent port State measures to combat IUU fishing. this has culminated in the negotiation of the agreement on Port State measures to Prevent, Deter and eliminate Illegal, Unreported and Unregulated fishing (PSMA), which was approved by the United nations food and agriculture organization (FAO) in November 2009. Once the PSMA enters into force, it will be the first legally binding international treaty designed solely to combat IUU fishing.

The Pew Environment Group has undertaken the first comprehensive evaluation of the effectiveness of current port State measures and the implementation challenges that  port States face. The study also assesses the central role that regional fisheries management organisations (RFMOs) play in the process. The research focuses on port State measures directed specifically at vessels on the IUU vessel lists adopted by RFMOs – vessels that have been found to engage in or support IUU fishing. Imposing sanctions on these vessels at port aims at rendering their operations less profitable and lucrative.