Times have changed in the credit card industry. After months of economic recession, heightened unemployment and historic legal reforms, credit cards today look very different than they did just a year or two ago. The Credit Card Accountability  responsibility and Disclosure (CARD) Act of 2009 was intended to create a fairer and more transparent marketplace, and initial indicators suggest that it is meeting its goals. One recent survey showed that nearly three in four American credit card holders agreed that their accounts are better off today than they were prior to passage of the new law.

To implement the Credit CARD Act, Congress directed the Federal Reserve Board to issue three sets of new rules. In August 2009, the Federal Reserve required issuers to give consumers 45 days to evaluate changes in rates or fees before those changes could apply. In February 2010, new rules limited issuers' ability to raise interest rates on existing balances, impose penalty rates, assess overlimit fees and apply payments in ways that unfairly maximized finance charges. Finally, in August 2010, a new set of rules will attempt to satisfy the new law's mandate that “any penalty fee or charge” must be “reasonable and proportional.”

This report presents findings of the Pew Health Group's most recent assessment of the credit card marketplace, based on data collected in March 2010. Like our previous publications (based on data from December 2008 and July 2009), this report represents an analysis of prices and practices based on a thorough review of written credit card application disclosures. These findings reflect all consumer credit cards offered online by the largest 12 bank and largest 12 credit union issuers—nearly 450 credit cards in all. 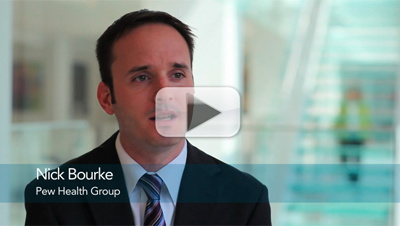 Pew is no longer active in this line of work, but for more information visit the Safe Credit Cards Project on PewHealth.org.