Antibiotic Use in Food Animals Poses Risk to Public Health 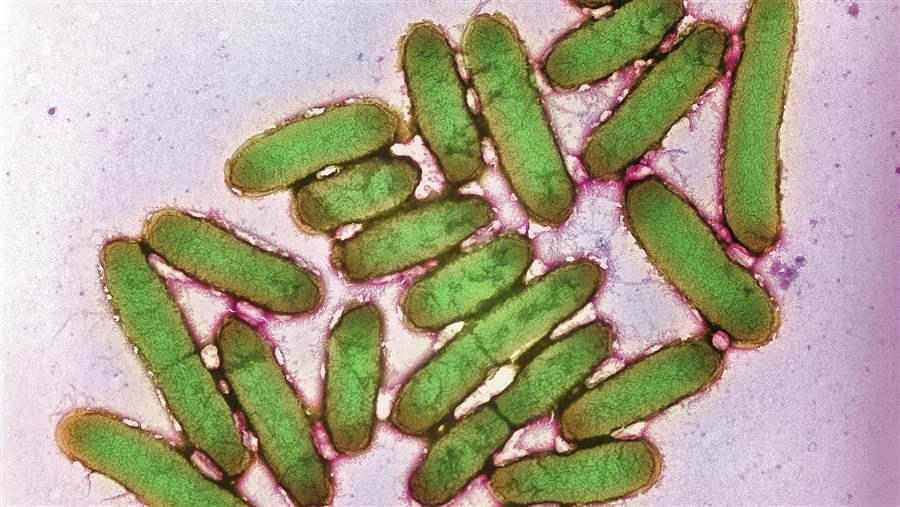 The molecular processes by which antibiotic resistance emerges, spreads, and potentially disappears in bacteria, such as these E. coli cells viewed under a microscope, are complex.

The use of antibiotics in any setting contributes to the emergence of drug-resistant bacteria, and the administration of antibiotics to food animals is no exception. While the path from antibiotic use in animal agriculture to the subsequent public health risk posed by resistant bacteria is a complex one—involving multiple steps and transmission routes—and is influenced by various external factors, the connection is irrefutable. While there is insufficient data to quantify the public health burden associated with antibiotic use in animal agriculture and how it compares with other sources, such as in human medicine, there is no doubt that antibiotic use on farms or feedlots contributes to the problem of resistance and leads to worse public health outcomes than if the bacteria were not resistant. It is therefore important to take immediate action to ensure that antibiotics are used judiciously and only when needed.

Why the Emergence and Spread of Antibiotic Resistance Is Complicated

The molecular processes by which antibiotic resistance emerges, spreads, and potentially disappears are complex. Some resistance genes occur naturally in the environment, fully independent of exposure to antibiotics. In fact, scientists have identified genes with resistance properties that date back millions of years,1 long before humans discovered antibiotics at the beginning of the 20th century.

In co-selection, resistance genes are physically linked to genes carrying other traits, such as lower susceptibility to otherwise toxic concentrations of heavy metals. The process can cause bacteria no longer exposed to antibiotics to retain their antibiotic resistance properties, which would otherwise be disadvantageous.

For the above reasons, resistance may appear or disappear significantly faster in some situations than in others, and perhaps not at all during a period of study. As demonstrated by the study examples below, research conducted in various settings, with different antibiotics or types of bacteria being analyzed, may yield disparate results. This makes studying the ecology of antibiotic use and the emergence of resistance complicated.

Researchers have conducted numerous studies relevant to antibiotic use in animal agriculture and its link to public health. When analyzing the data, it is important to bear in mind that levels of confidence associated with study results vary by their design. Randomized controlled trials typically offer the highest quality of evidence2 but are not always feasible or ethical. Epidemiological studies also provide high-quality evidence, with other types of studies—such as case reports or outbreak investigations—informative as well. Rather than focusing on an individual study, each should be considered in context within the larger body of evidence and in light of the strengths and weaknesses of the specific study type.

Below is a high-level overview of the scientific data available to address three key questions. For a more comprehensive analysis of this data, see Pew’s peer-reviewed publication on the link between antimicrobial drug use on farms and associated human health risks.3 A more comprehensive list of relevant studies can be found in the associated downloadable tables, which include data from various types of studies, bacteria, and animal species. 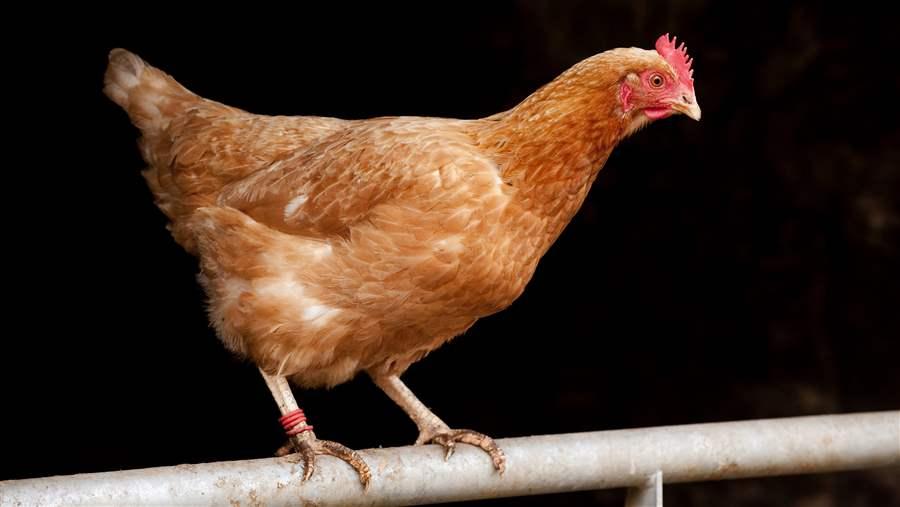 1. Does using antibiotics on farms and feedlots lead to the emergence of resistant bacteria?

Yes. Studies on two types of bacteria on farms or feedlots are relevant to this question. Pathogens such as Salmonella or Campylobacter, which can cause disease in humans, and commensal bacteria, “friendly” microorganisms that occur naturally in the environment, which are harmless in isolation but can ultimately share their resistance genes with bacteria that can make people sick. Evidence from both types of bacteria has demonstrated that antibiotic use causes resistance. 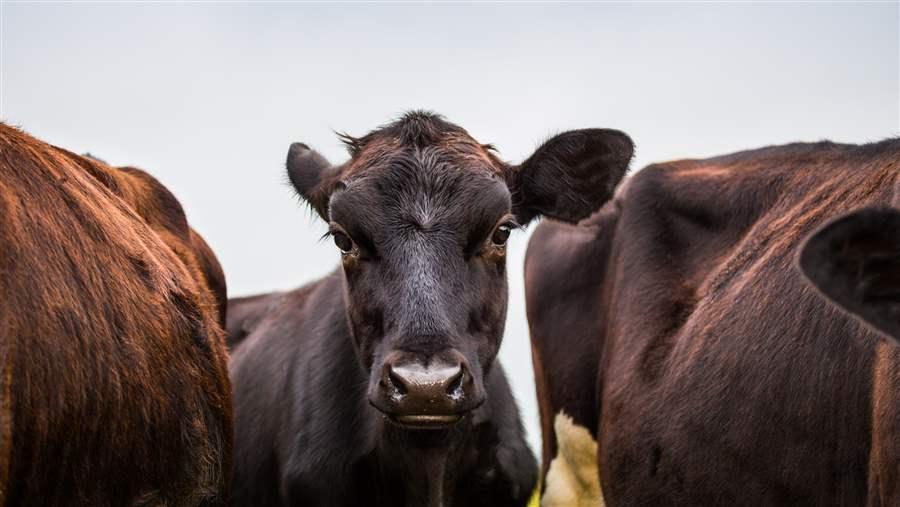 2. Are resistant bacteria on farms or feedlots infecting people?

Yes. Resistant bacteria—both pathogens and commensals—pose a risk to humans both directly and indirectly. 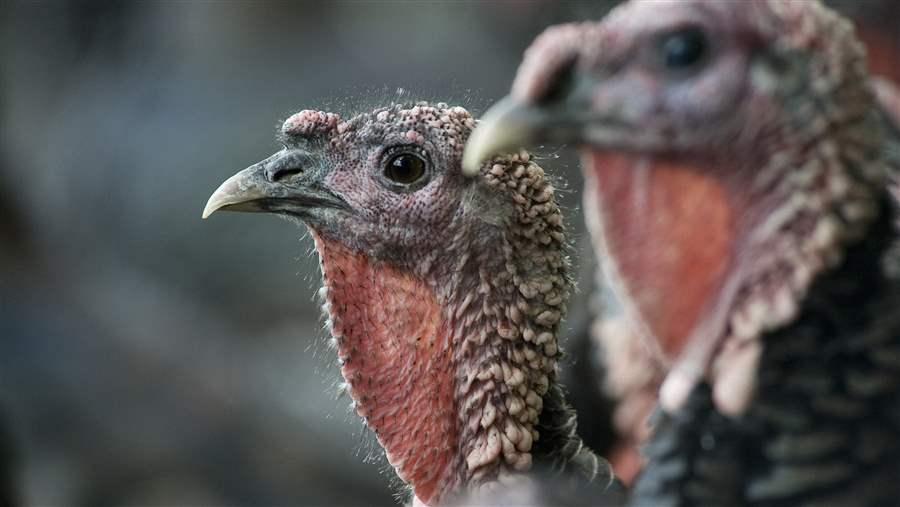 3. Are infections with these resistant bacteria worse than if the bacteria were not resistant?

Yes. Strong scientific evidence, including observational studies and other types of research, demonstrate that infections with resistant bacteria are leading to worse health outcomes for affected people than similar infections with nonresistant strains. For the reasons discussed above, randomized controlled trials would be unethical, but the associated downloadable table synthesizes some of the relevant studies. Notably, the degree to which infections with resistant bacteria are worse than those with nonresistant strains appears to differ by pathogen and drug. These differences may, for instance, be the result of a delay in starting effective treatments or the need to choose a less desirable antibiotic if more desirable drugs have become ineffective, and, in some cases, resistant bacteria may “co-select” for other traits that make them more dangerous to humans—for example, more likely to invade the bloodstream.

Taken together, the scientific findings show an indisputable relationship between antibiotic use on farms and drug-resistant infections in people. Not all bacteria or even bacterial strains react alike in the presence of antibiotics, and external factors can affect the rate at which resistance emerges or disappears. In spite of the gaps in information, it is irrefutable that antibiotic use in animal agriculture contributes to the problem of resistance, and increased vigilance is needed to protect these lifesaving drugs so that they remain available to treat infections in both humans and animals.

A more comprehensive list of relevant studies can be found in the downloadable tables associated with this issue brief. These tables include data from various types of studies, bacteria, and animal species and can also be found under “Related Resources” (linked above).

A recent article I authored, together with several colleagues from The Pew Charitable Trusts&rsquo; antibiotic resistance project, systematically analyzes scientific evidence regarding the link between antibiotic use in animal agriculture and public health. Our review of the literature reaffirms what scientists have known for decades: Antibiotic use in animal agriculture, as in any setting, contributes to the emergence of resistance.