A new poll from The Pew Charitable Trusts finds that Philadelphians have a more positive outlook about their city than at any time in the six years that Pew has been polling.

Nearly half of residents surveyed said Philadelphia is heading in the right direction, while a third said it is on the wrong track. Sixty-seven percent expect the city to improve in the next five years, while 18 percent expect it to get worse. Three times as many residents would recommend Philadelphia to a friend as a place to live as would not. And young adults see themselves as more likely to build their futures in the city than in the last Pew Philadelphia Poll, which was taken in the summer of 2013.

The positive outlook extends to government as well. Mayor Michael Nutter’s approval rating stands at 52 percent, 13 points higher than in the previous survey. About as many Philadelphians approve of City Council’s job performance as disapprove, a big gain since 2013. 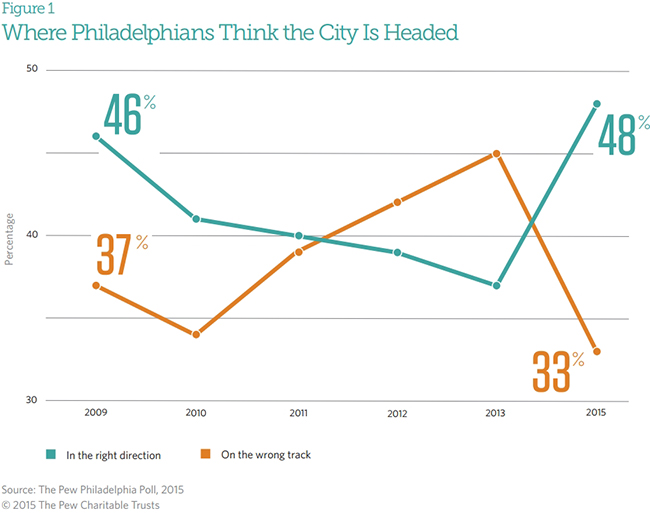 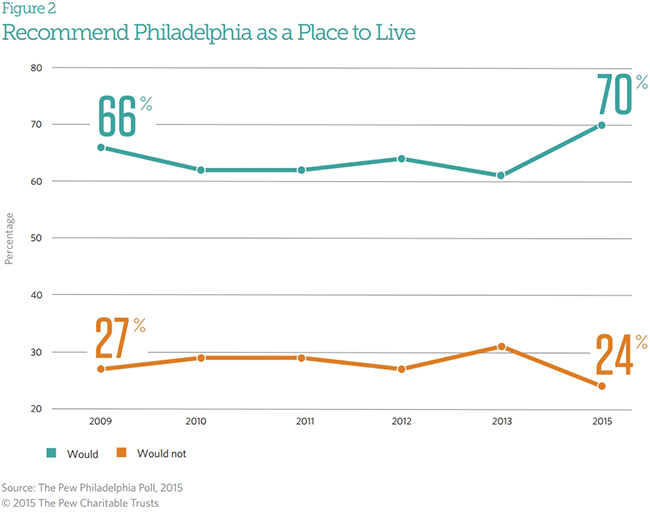 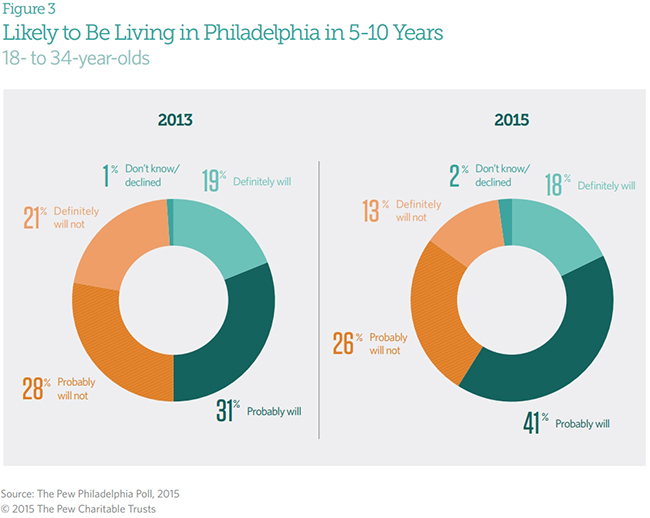