In December 2017, North Carolina became the 27th state to partner with the Pew-MacArthur Results First Initiative. Governor Roy Cooper (D) helped facilitate this partnership with the hope that participation would help state officials “find a common ground by using the best available evidence to invest wisely in programs that work for the people of North Carolina.”

Since joining Results First, the Governor’s Office of State Budget and Management (OSBM) has begun work with the N.C. Department of Health and Human Services to inventory the state’s public health programs. The office is focusing its efforts on programs addressing child and maternal health, and chronic diseases. OSBM is simultaneously conducting cost-benefit analyses on a subset of these programs to understand their overall return on investment.

OSBM identified 15 state-funded programs targeting chronic diseases and 15 programs focusing on child and maternal health. The office presented interim findings from its Results First analysis to the Joint Legislative Oversight Committee on General Government and will present a formal report on its final analyses to the Legislature. The OSBM team intends to use its results to inform the state’s upcoming budget development cycle.

North Carolina has taken additional steps to formalize the use of data and evidence in decision-making through multiple policy efforts. The state’s most recent budget requires OSBM to establish formal definitions for tiers of evidence to create a common language for understanding the concept among agencies. OSBM is also drafting budget guidelines that will help ensure that future agency budget requests support evidence-based programming.

Additionally, Gov. Cooper signed an executive order establishing an Advisory Committee on Performance Management. The committee is tasked with advising the Governor regarding the state’s Results First accomplishments and further strategies for increasing evidence-based policymaking efforts.

Results First continues to support OSBM and the agencies in their effort to gain a holistic view of North Carolina’s investments in health programs. Following its analysis of chronic disease and child and maternal health programs, OSBM intends to expand the Results First approach into additional policy areas. 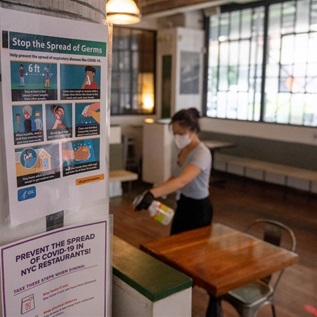