Since 2007, 35 states have reformed their sentencing and corrections policies through the Justice Reinvestment Initiative, a public-private partnership that includes the U.S. Justice Department’s Bureau of Justice Assistance, The Pew Charitable Trusts, the Council of State Governments Justice Center, the Crime and Justice Institute, and other organizations. Although reforms vary from state to state, all aim to improve public safety and control taxpayer costs by prioritizing prison space for people convicted of serious offenses and investing some of the savings in alternatives to incarceration that are effective at reducing recidivism. Some states have engaged in more than one reform effort.

In the years since the wave of reforms began, the total state imprisonment rate has dropped by 11 percent while crime rates have continued their long-term decline. At the same time, states that have enacted justice reinvestment laws expect to save billions of dollars because of their reforms.1 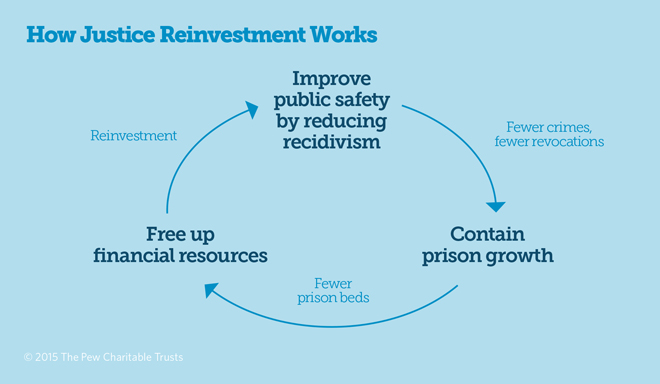