From 2004 to 2013, Utah’s prison population rose by 19 percent, five times the national average. Without changes to policies and practices, the state projected additional growth of 37 percent at a cost to taxpayers of $500 million over 20 years. Seeking to safely reverse this trend, lawmakers passed comprehensive criminal justice reform in 2015. The law prioritized prison space for people convicted of serious and violent offenses, strengthened community supervision, improved and expanded re-entry and treatment services, and provided oversight of the legislation’s implementation.1 Since then, the state has reinvested over $35 million in evidencebased treatment and other alternatives to incarceration, and its prison population has declined.2 The state’s overall crime rate decreased 13 percent in the decade before the legislation was passed (2006-15) and continued to fall in the first year after reform (2016), dropping another 1 percent.3 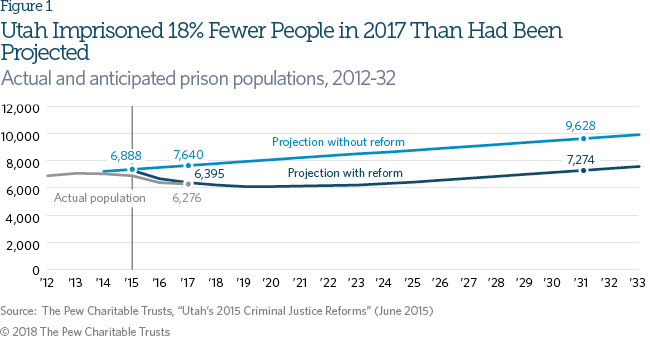 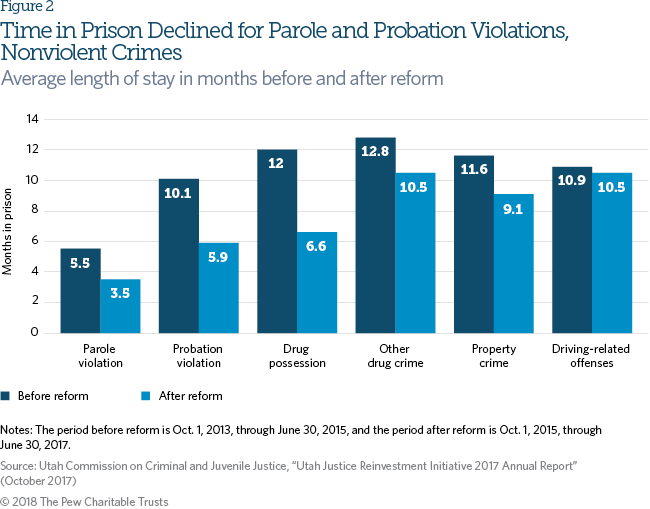 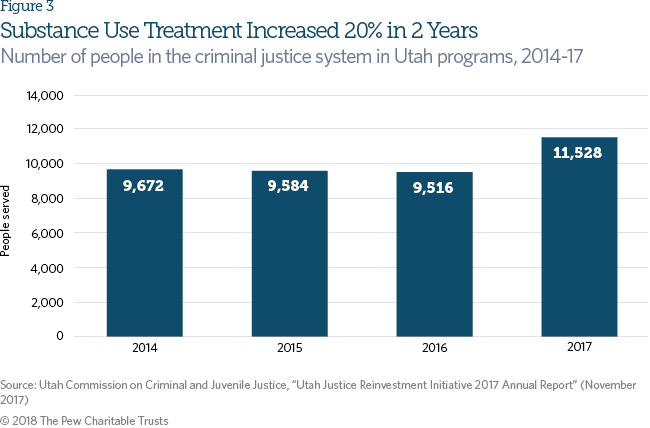 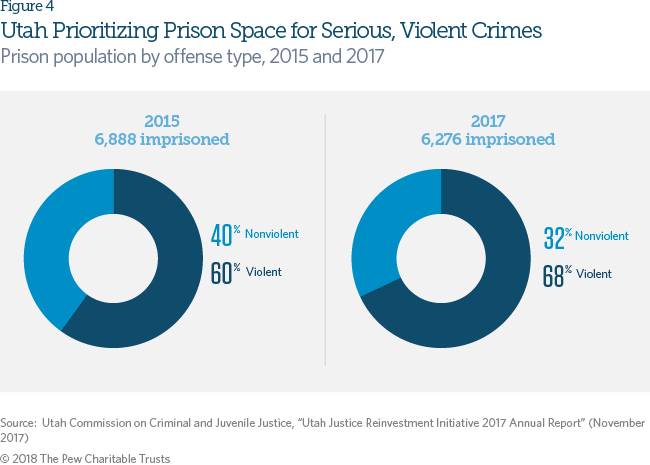 In March 2015, the Utah Legislature passed H.B. 348, a set of sentencing and corrections reforms based on recommendations from the Commission on Criminal and Juvenile Justice, with overwhelming majorities in both chambers.16The commission consulted a variety of stakeholders and received technical assistance from The Pew Charitable Trusts and the Crime and Justice Institute (CJI) as part of the Justice Reinvestment Initiative, a publicprivate partnership that includes Pew, CJI, the U.S. Justice Department’s Bureau of Justice Assistance, the Council of State Governments, and other organizations.

The next year, the state adopted comprehensive juvenile justice reforms that are projected to reduce the population of juveniles placed in state custody by 47 percent and to yield more than $70 million for reinvestment in evidence-based alternatives to incarceration.17The commission continues to oversee the reforms, monitoring progress and proposing additional improvements.