Sentencing and corrections reforms, passed by a substantial legislative majority in 2010, are having a significant impact on the South Carolina criminal justice system. The reforms reduced penalties for less serious drug and property offenses, expanded release options, strengthened community supervision, and established legislative oversight and accountability. Six years later, six prisons had closed, $491 million had been saved, and the crime rate continued to fall.1 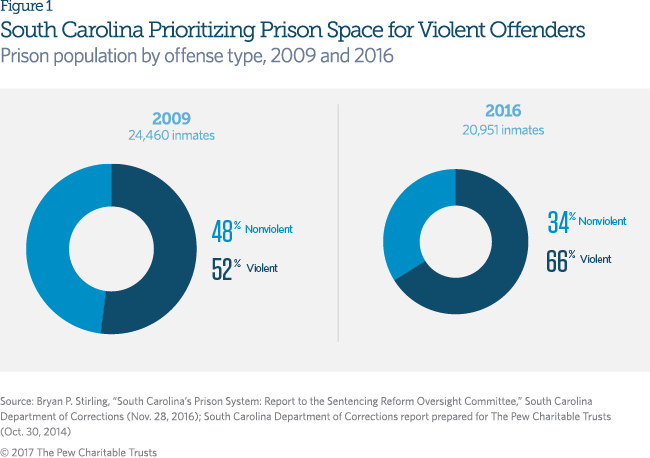 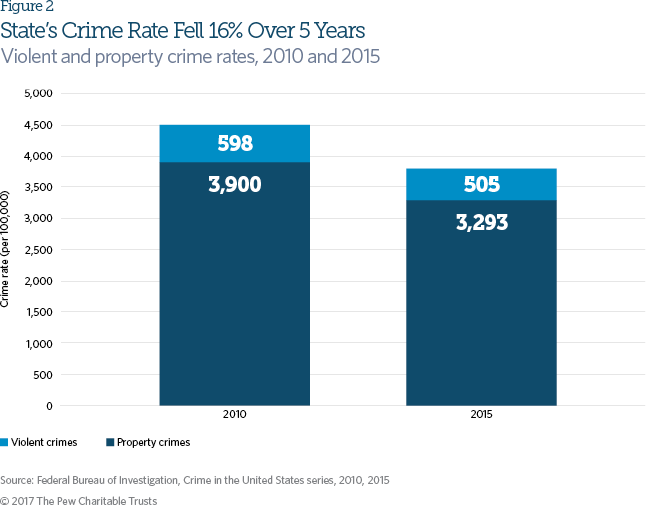 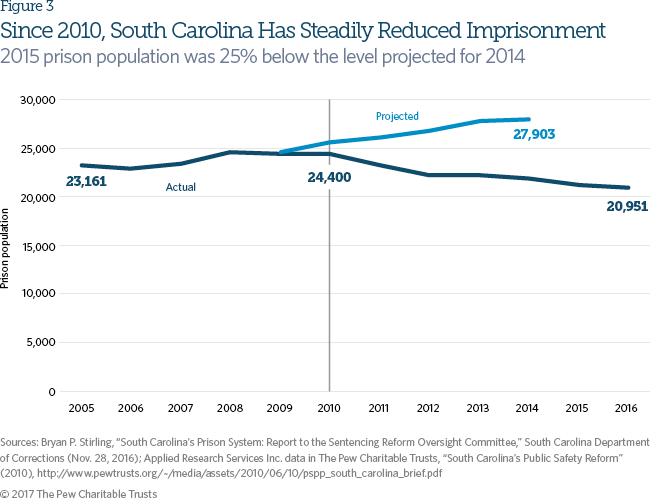 In 2009, South Carolina’s prison population stood at 24,460 inmates and was projected to reach almost 28,000 by 2014. The Legislature charged the Sentencing Reform Commission, a bipartisan group of state officials, with examining the state’s sentencing and corrections policies and recommending changes that would enhance public safety, reduce recidivism, and control corrections costs. After an intensive, nearly yearlong review that involved technical assistance from The Pew Charitable Trusts and other partners, the commission proposed a series of reforms that became the basis of S.B. 1154, the Omnibus Crime Reduction and Sentencing Reform Act. Enacted in 2010, the legislation made South Carolina a national leader in the use of evidence-based policies to deliver a better public safety return on taxpayer dollars. The Sentencing Reform Oversight Committee, formed after the law’s passage, is responsible for monitoring the performance of the reforms. Encouraged by the success of these measures, the state decided in 2017 to pursue further opportunities to improve its criminal justice system.