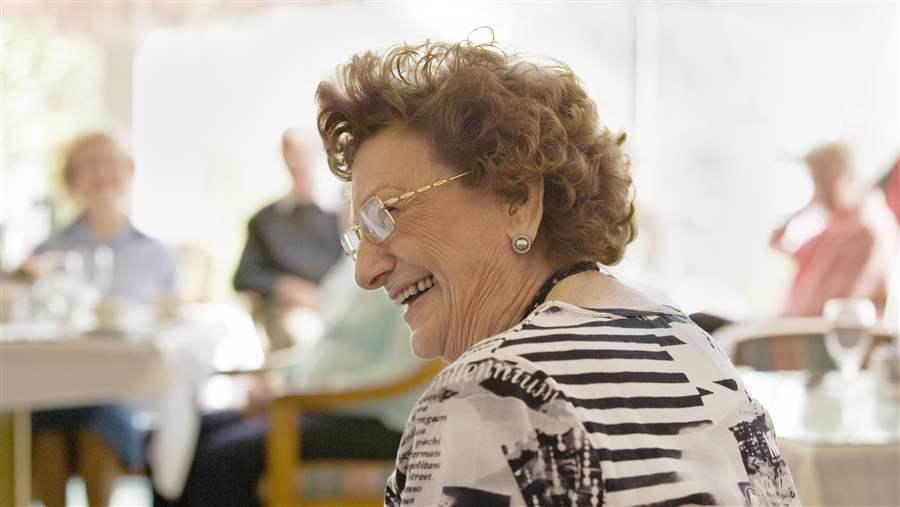 U.S. seniors are keeping their teeth longer than they did in the past,1 yet many are unable to access preventive dental care or treatment to keep their mouths healthy.2 Senior citizens—those 65 and older—made up 15 percent of the U.S. population in 2014, and their share of the population is expected to nearly double by 2060.3 As the number of older Americans increases in the coming decades, the demand for care for this age group will intensify.

What health risks do seniors face from poor dental health?

Dental health care is especially important to older Americans because they are more likely to suffer from gum disease, which is associated with other significant health problems. 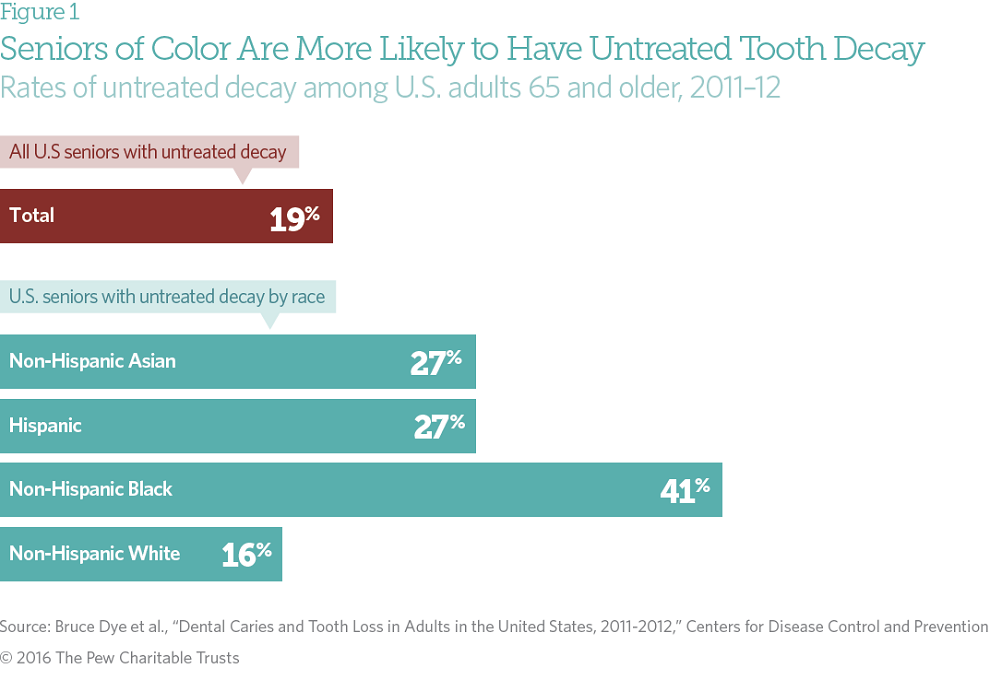 What barriers do seniors face in accessing dental care?

The use of dental services declines as people age due to a variety of factors. Perhaps the single greatest barrier is the inability to afford care. Seniors with dental insurance are 2.5 times more likely than those without coverage to visit a dentist, and about half of seniors lacked insurance in 2015.16 Medicare, which provides health coverage for most U.S. seniors, does not pay for the routine, preventive, and restorative dental care seniors need.

Even among seniors with insurance, coverage does not necessarily translate into care. Medicaid covered 9 percent of all U.S. seniors (nearly 6.5 million) in 2011, and 49 percent of Medicare beneficiaries in assisted living facilities in 2010.17 However, the limited number of dentists who accept public insurance can make it difficult for seniors to find care. Between 1990 and 2013, the number of dentists who reported treating any patients on public assistance fell from 44 to 35 percent.18

Dental health in the United States has improved substantially in the past few decades, but not everyone has benefited equally.