From late summer to early winter, the waters off California are home to a relatively healthy population of swordfish coveted by West Coast seafood lovers. But eating swordfish can pose a dilemma for those who want local seafood caught in the least destructive way possible. Fortunately for those consumers, West Coast fishery managers are considering whether to authorize the use of deep-set buoy gear, an innovative fishing method designed to catch swordfish while minimizing the wasteful killing of other Pacific marine life. 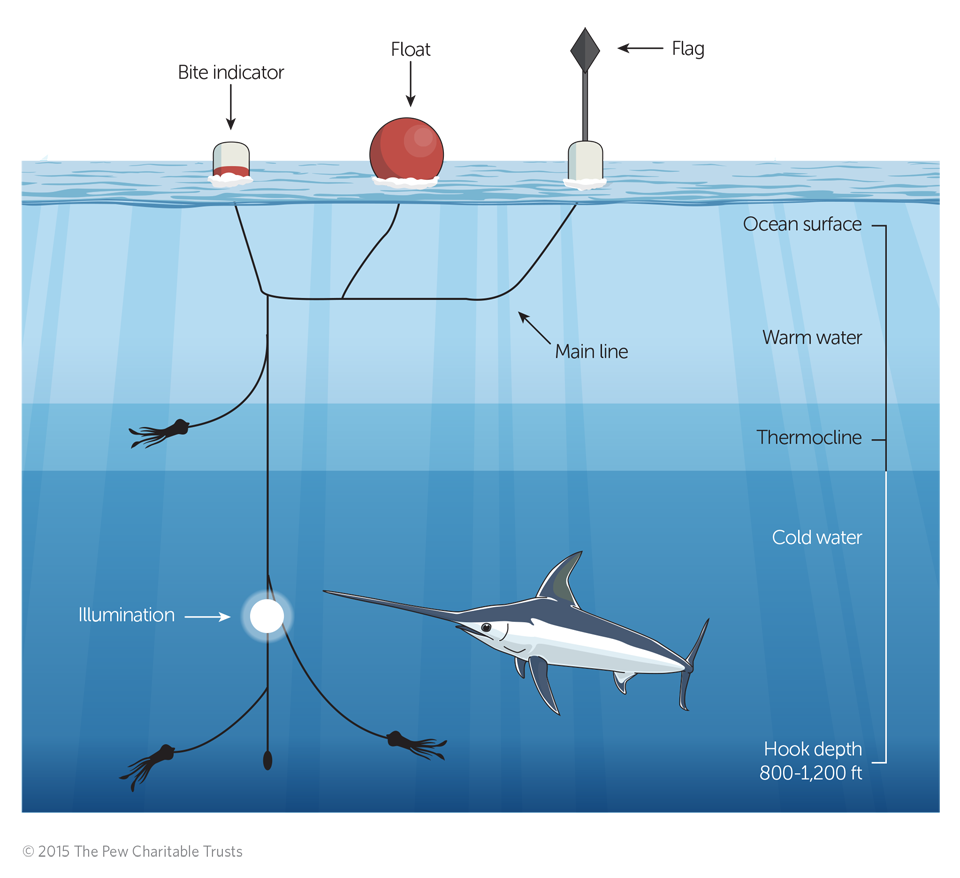 Deep-set buoy gear uses a hook-and-buoy system that enables fishermen to drop their hooks as deep as 1,200 feet to reach swordfish. When a bite-indicator buoy submerges, fishermen can respond within minutes to either bring the fish to the boat to be bled and put on ice or release the catch alive if it is not a swordfish or another salable species.

This gear catches West Coast swordfish during the day and has been tested extensively over the past five years by scientists and cooperating fishermen, with minimal bycatch of nontarget species and a consistent catch of swordfish. In fact, buoy gear boasts a 94 percent marketable catch rate, meaning almost all of what is caught can be kept and sold.

Buoy gear was authorized on the East Coast almost a decade ago, with positive results for both ocean wildlife and fishermen. It has reduced bycatch and helped to revitalize the small boat commercial fishing fleet in Florida by offering a simple, affordable way to catch swordfish.

In addition to reducing bycatch, this fishing method results in a high-quality product that earns a better price for fishermen than swordfish caught using drift gillnets or longlines. That’s because, with deep-set buoy gear, each swordfish is landed and put on ice within minutes of being caught. These fishing trips tend to be shorter, which allows buoy-caught swordfish to reach the market much sooner.

The Pacific Fishery Management Council has the opportunity to add deep-set buoy gear to the list of fishing gear that may be used to catch swordfish on the West Coast. Once this method is approved, regional fishery managers will clear the way for fishermen to deploy the gear and sell cleanly caught swordfish.