Scientists and fishermen worked together to identify sites where deep-water snappers and groupers are known to gather to reproduce. The South Atlantic Fishery Management Council, which sets fishing policy in federal waters from North Carolina to eastern Florida, voted to safeguard the spawning sites.

Two of the zones off South Carolina, known as Areas 51 and 53, are artificial reefs where some species spawn. The sites will be monitored to assess whether artificial reefs can enhance existing natural bottom-spawning habitat.

The new SSMZs complement other habitat protections along the Southeast coast that are designed to safeguard fish and corals to maintain healthy ocean ecosystems. Protecting areas for fish to spawn should aid in the recovery of depleted species such as warsaw grouper, speckled hind, and red grouper, which need more time than some other fish to reach their best spawning years. 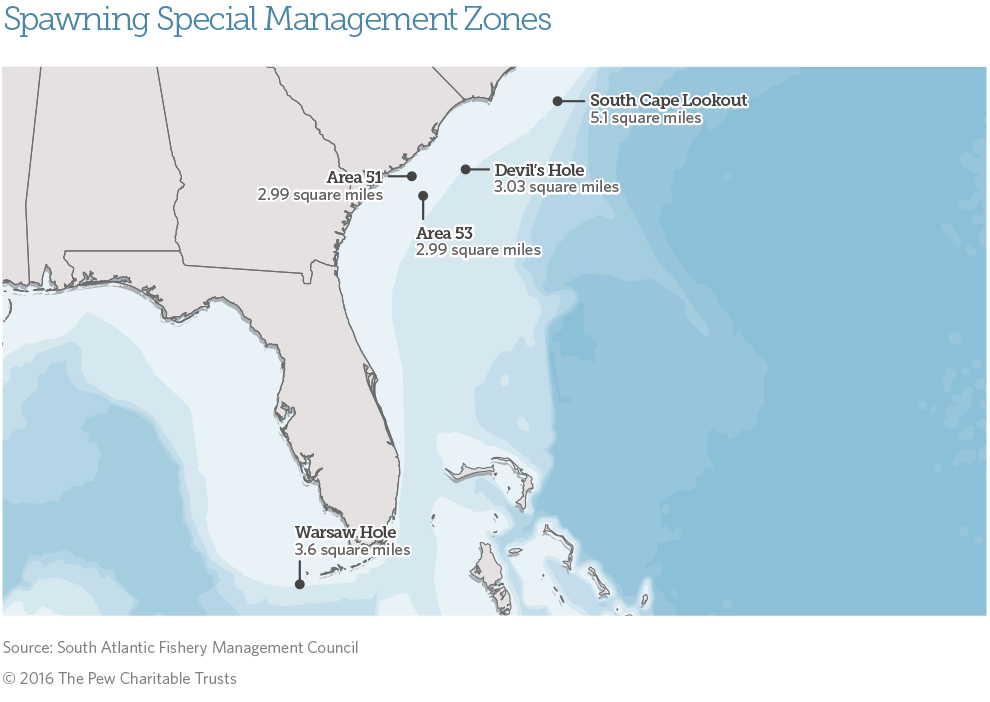 This map was updated in March 2016 to reflect the spawning sites included in the South Atlantic Fishery Management Council’s final protection plan.