Each year, more than 16,000 people in the United States die from prescription opioid overdoses.1 As one strategy to minimize these events and other harms associated with prescription drug abuse, public and private insurance plans are using patient review and restriction (PRR) programs to encourage the safe use of opioids and other controlled substances. PRR programs identify patients who are at risk for prescription drug abuse and ensure that they receive controlled substance prescriptions only from designated pharmacies and prescribers.

These programs have the potential to save lives and reduce health care costs2 by helping state Medicaid programs and private health plans better coordinate patient care and prevent inappropriate access to medications susceptible to abuse. Medicare beneficiaries could also benefit from PRR programs, but current federal law prohibits their use in this group of enrollees.

A Government Accountability Office (GAO) evaluation of 2008 claims data further illustrates the potential for misuse within Medicare. The agency identified 170,000 Medicare Part D beneficiaries who visited at least five, and as many as 87, medical professionals in a year to obtain prescriptions for opioids or other commonly abused drugs.4 These patients represented just 1.8 percent of Medicare Part D beneficiaries included in this evaluation but were responsible for 5 percent of the overall Medicare Part D expenditures for frequently abused drugs. Two opioids—hydrocodone and oxycodone—were involved in 80 percent of the doctor shopping incidents that GAO identified.

Some Medicare beneficiaries may be at greater risk for harm or fragmented care as a result of the inappropriate use of prescription drugs. The Centers for Medicare & Medicaid Services examined whether specific patient demographics or health conditions were associated with increased risk of harm, which was defined as receiving opioid doses exceeding daily morphine equivalent doses (MED) of 120 mg for 90 or more consecutive days. Beneficiaries under the age of 65 were approximately three times more likely to be at risk for harm as compared to individuals who were between the ages of 75 and 85. Individuals with end-stage renal disease or a disability were also more likely to be at risk than older beneficiaries without these conditions.5 Another evaluation by the GAO found that within the Medicare Part D population, approximately 71 percent of beneficiaries with a disability and 72 percent of those receiving a Medicare Low-Income Cost-Sharing subsidy received prescriptions for frequently abused controlled or noncontrolled substances from five or more prescribers.6

Within the Medicaid program, patients are also at risk. For example, a study from the Centers for Disease Control and Prevention determined that, although Medicaid beneficiaries made up approximately 20 percent of Washington state’s population, 45 percent of people who died from prescription opioid overdose in that state were Medicaid enrollees. These enrollees had almost six times the risk of death from prescription drug overdose compared with individuals not enrolled in Medicaid.7 A 2007 study found that approximately one third of unintentional overdose deaths in North Carolina occurred in the Medicaid population.8

PRR programs have the potential to curb prescription drug abuse and improve continuity of care for at-risk patients. Specifically, these programs allow plans to designate one or more health care providers to supply all of the patient’s controlled substance prescriptions. If a patient enrolled in a PRR program visits a nondesignated prescriber or pharmacy without a referral other than in emergency circumstances, the health plan will not process the claim. Using designated providers helps coordinate patient care by ensuring that prescribers and pharmacists do not unintentionally prescribe or fill inappropriate opioid prescriptions. See Figure 1 for an example of the process used to identify and enroll patients in a PRR program. 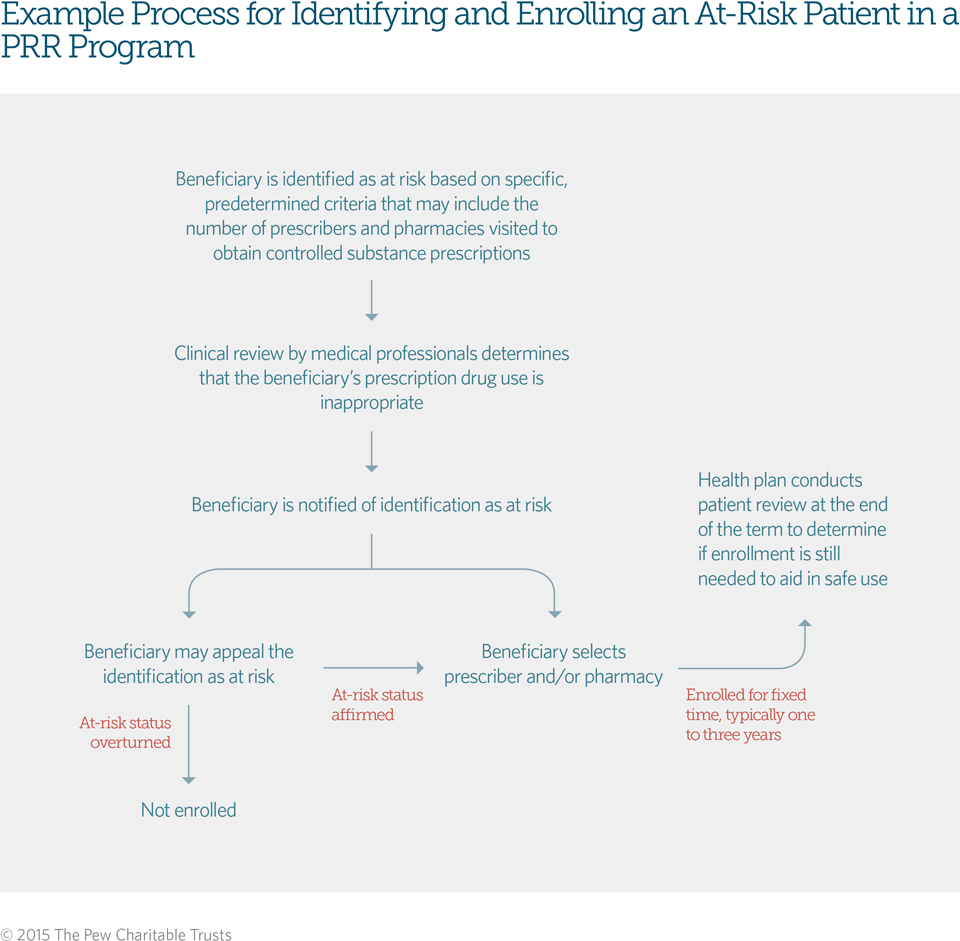 Some PRR programs include only a pharmacy component, whereas others designate both a pharmacy and a prescriber. Programs may designate additional providers to address seasonal residencies, travel time, or other considerations to ensure that patients have access to needed pain medications. To supplement these designated providers, PRR programs may allow designated prescribers to refer patients to specialists who may also prescribe opioids when medically necessary. Beneficiaries are also able to obtain treatment in emergency rooms for urgently needed care.

Well-designed programs have several built-in patient protections designed to ensure that patients continue to receive needed pain medication, that the programs are not unduly burdensome to patients, and that only those individuals who would benefit from a program of coordinated care are enrolled. (See Table 1.) 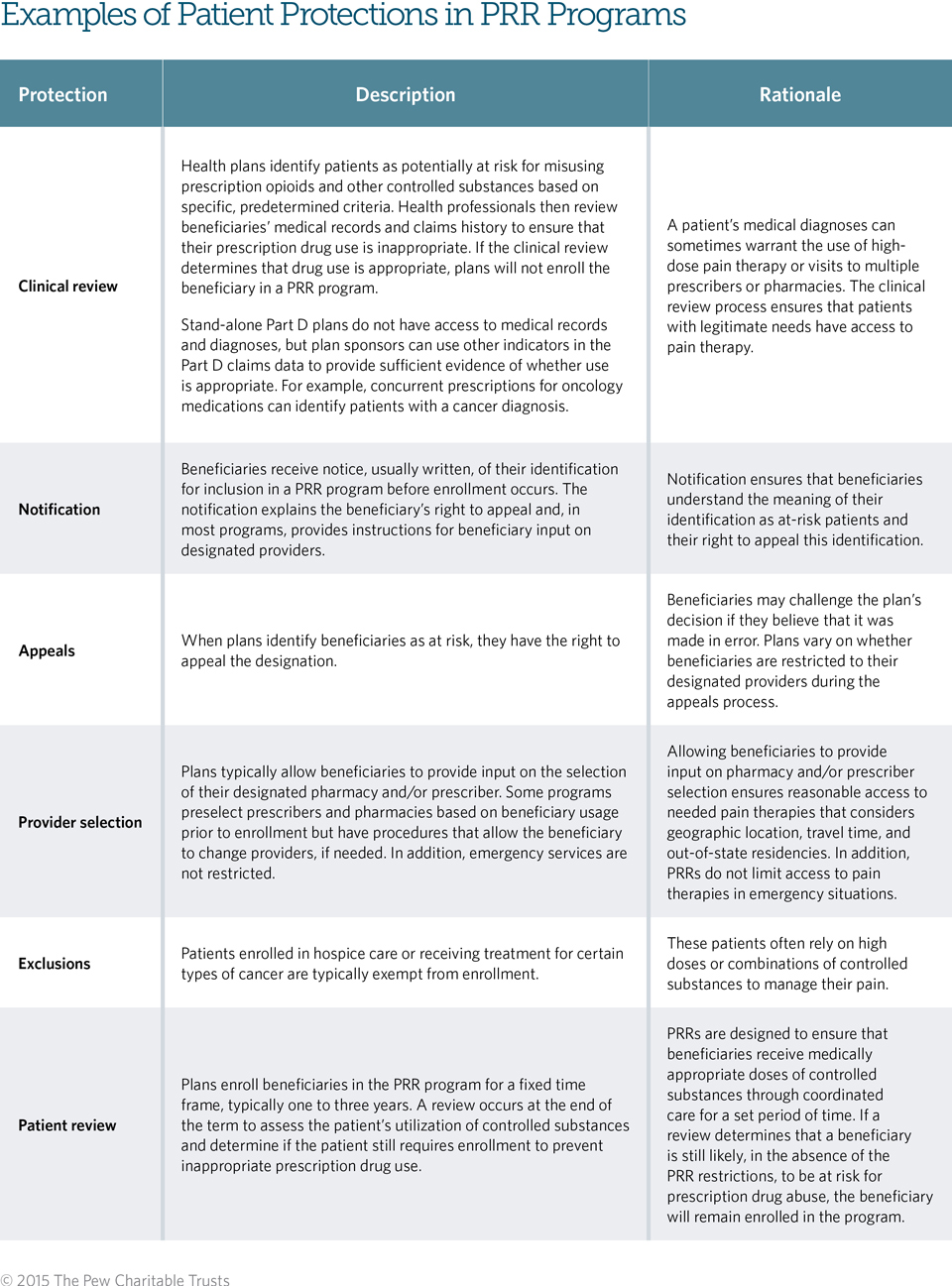 Today, 46 state Medicaid fee-for-service programs9 and numerous Medicaid managed care and private plans utilize PRR programs. These plans use different criteria to identify patients who are potentially misusing controlled substances, but most programs consider patients at risk once they obtain a predetermined number of prescriptions from a specific number of prescribers and/or pharmacies. Table 2 describes the criteria from three state Medicaid PRR programs. 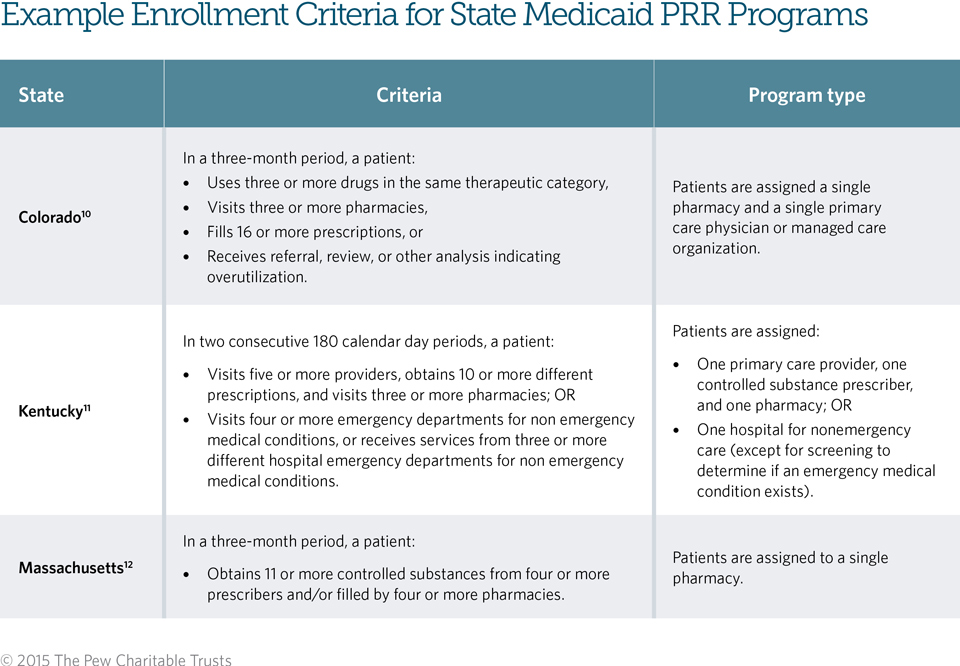 PRR programs in state Medicaid plans across the country have yielded positive results. For example:

Next steps: PRR programs in Medicare

Currently, federal law requires that the Medicare Part D program pay claims from any willing provider. An unintended consequence of this policy is that Medicare plan sponsors are not able to implement PRR programs, because these programs designate specific providers for obtaining controlled substance prescriptions. Bipartisan, bicameral support is increasing, however, for allowing PRR programs within Medicare. Legislators in the Senate and House of Representatives have put forth PRR policy proposals, and President Barack Obama signaled his support for these programs in his 2016 budget request for the Department of Health and Human Services.17 The Office of the Inspector General has also included PRR programs in its list of top 25 unimplemented recommendations that would improve quality and generate cost savings for the department.18 There is evidence that PRR programs can be an effective tool for proactively coordinating patient care and stemming prescription drug abuse, and Congress should grant Medicare the authority to implement them. 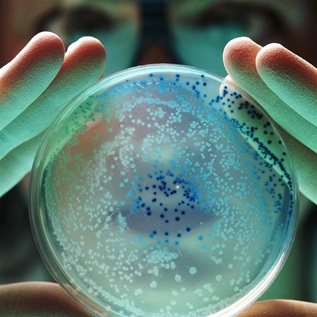