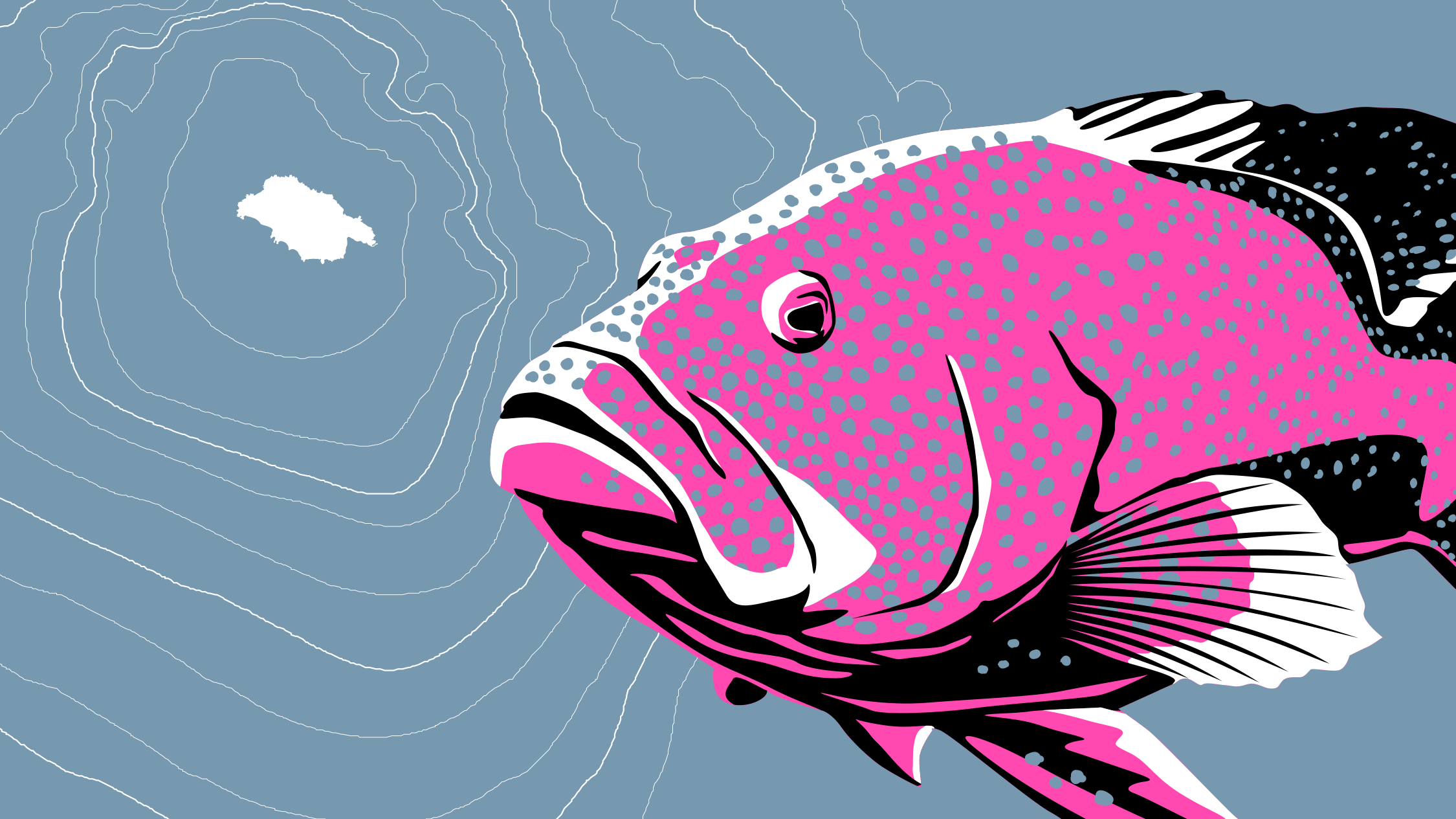 This fact sheet was updated in June 2017, to reflect the legal designation of the Pitcairn Islands Marine Reserve.

In September 2016, the United Kingdom created a fully protected marine reserve spanning about 830,000 square kilometres (320,465 square miles) in the remote waters surrounding the Pitcairn Islands in the South Pacific Ocean. The designation marked the first time that any government combined creation of a large, isolated and fully protected marine area with detailed plans for surveillance and enforcement that included use of the most up-to-date technology. This approach set a new standard for the comprehensive monitoring of protected areas. Three years earlier, in 2013, The Pew Trusts and the National Geographic Society had joined the local government, the Pitcairn Island Council, in submitting a proposal calling for creation of a marine reserve to safeguard these waters that teem with life.

Together with the Chagos Marine Reserve in the Indian Ocean, designated in 2010, the United Kingdom has created two of the largest fully protected marine areas, totalling 1,470,000 square kilometres (567,017 square miles). Through these actions, the British government—caretaker of the fifth-greatest amount of marine habitat of any country in the world—has established its place as a global leader in ocean conservation. 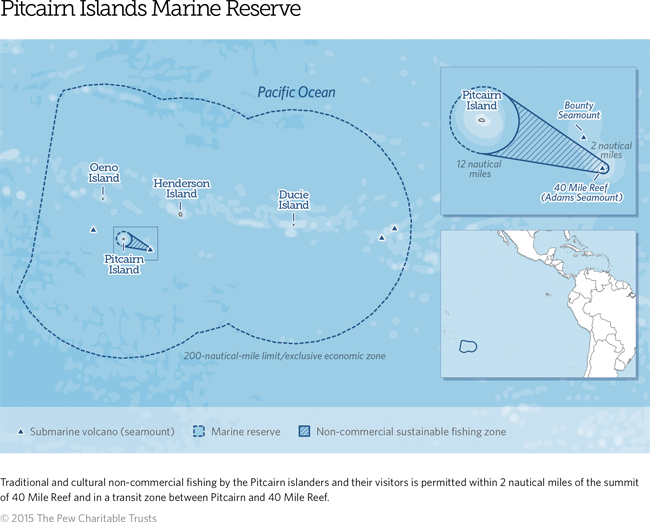 Encompassing 99 per cent of Pitcairn’s exclusive economic zone, the Pitcairn Islands Marine Reserve is about 3½ times the size of the land area of the United Kingdom. Within the reserve, all forms of commercial extractive activity such as fishing and oil, gas, and mineral mining are prohibited, but traditional sustenance fishing by Pitcairn islanders is allowed. The reserve starts 12 nautical miles from Pitcairn Island and extends out to the full 200-nautical-mile limit of these waters.

The British overseas territory is composed of four islands: Pitcairn, Henderson, Oeno, and Ducie. Only Pitcairn is inhabited. Most of its population of about 50 residents are descendants of the mutineers who took control of the British Royal Navy’s HMS Bounty in the late 18th century.

Pitcairn hosts one of the most intact marine ecosystems on the planet with some 1,249 identified species, including the world’s deepest known living plant, a species of encrusting coralline algae. The territory has some of the clearest ocean waters anywhere, which allow corals to grow at depths greater than expected in Pacific reefs.

Within these waters lie a complex community of hard and soft corals that are home to hundreds of species of fish, including two found nowhere else on Earth: the squirrelfish and the many-spined butterflyfish. 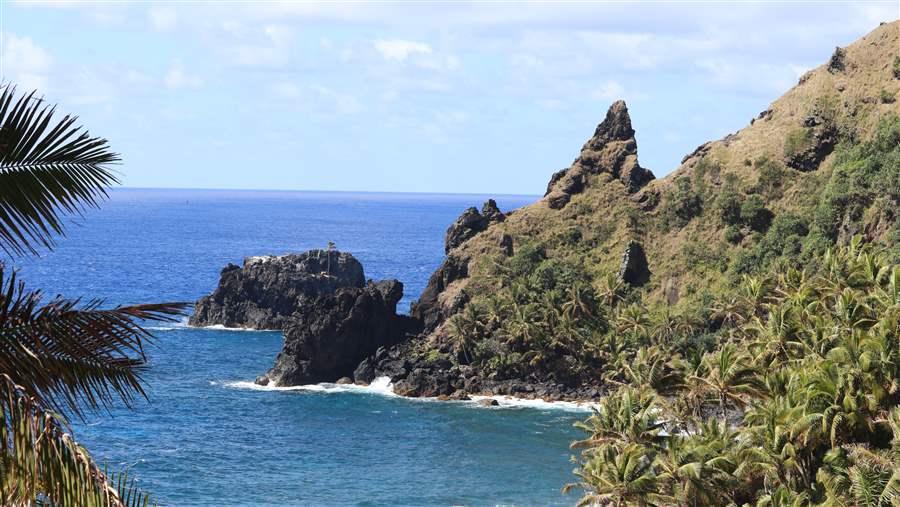 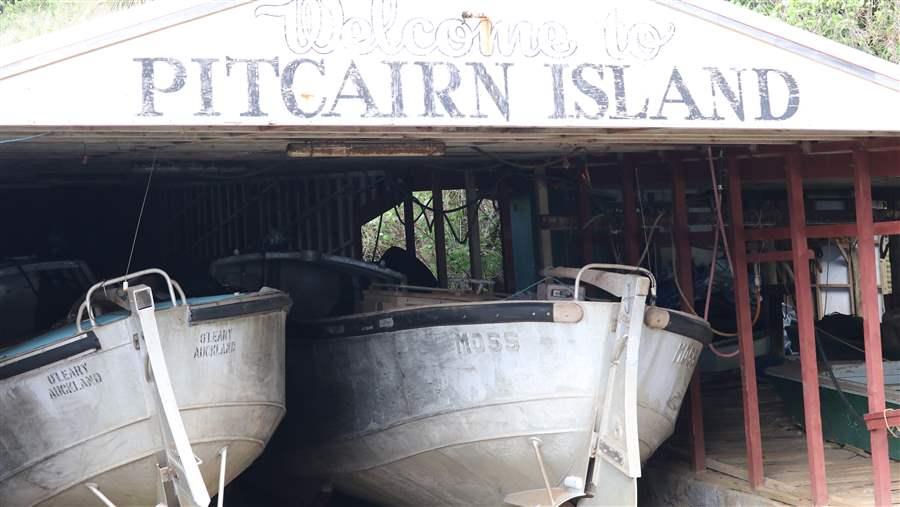 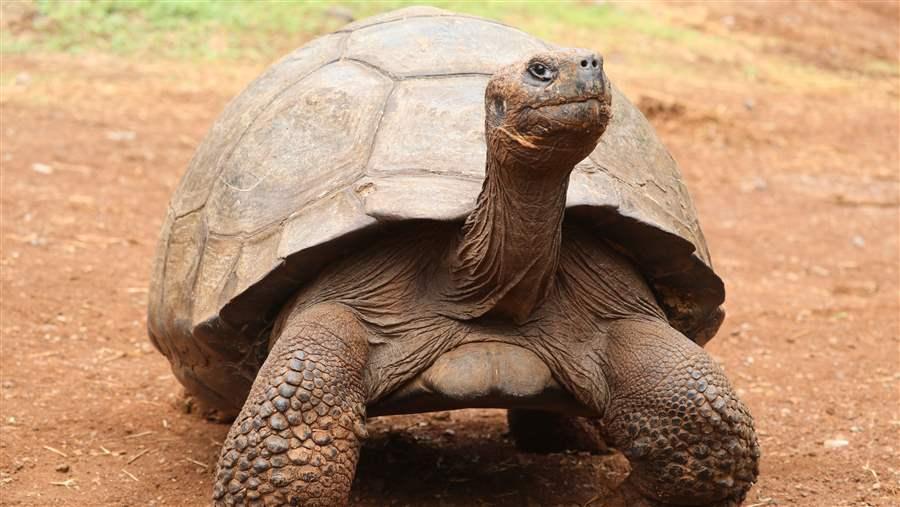 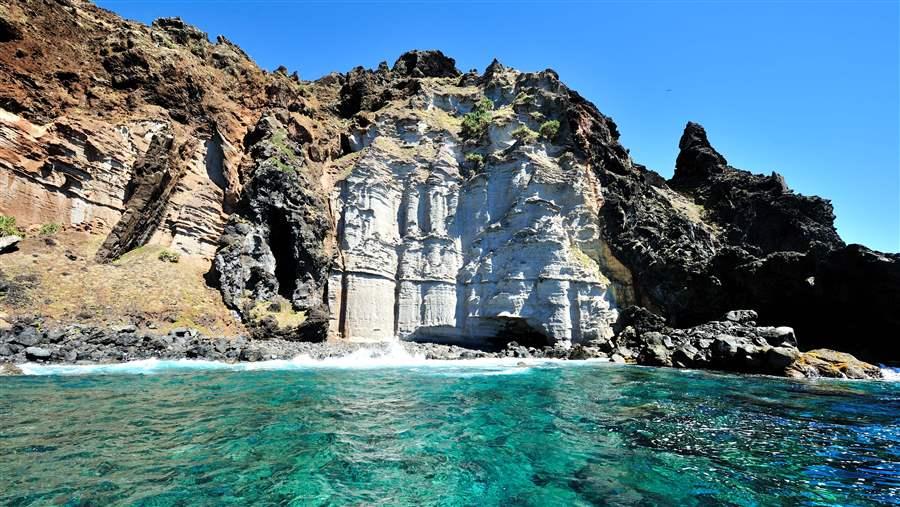 Effective surveillance in the waters of the Pitcairn Islands Marine Reserve

As part of the United Kingdom’s proposal to designate the Pitcairn Islands Marine Reserve, the government wanted to test a new method of enforcing the reserve’s boundaries. Officials turned to an integrated monitoring platform, Pew’s Eyes on the Seas project, which uses multiple data sources to analyze and interpret vessel behavior. The launch of this surveillance approach in early 2015 marked the first time a government had combined designation of a large, geographically isolated marine reserve with a detailed strategy for remote monitoring and enforcement. The plan set a high standard for surveillance of remote marine protected areas. The initial trial spanned 15 months, proving successful and bolstering the case for designating the reserve.

The British government had partnered with The Pew Trusts, U.K.-based Satellite Applications Catapult and the Swiss-based Bertarelli Foundation to conduct the trial. As part of the effort, the Bertarelli Foundation provided funding to test a Wave Glider SV3, a floating drone developed by the U.S.-based firm Liquid Robotics, to gather scientific information from the water’s surface that could be incorporated in the analyses.

The monitoring trial took place from Jan. 1, 2015, through March 31, 2016. The British government and its partners wanted to determine the extent of potential illegal activity occurring in the overseas territory’s waters and to verify that the technology could monitor a remote reserve of this size to enable effective enforcement.

Pew’s Eyes on the Seas project monitored the marine reserve for more than 10,000 hours in total during the trial. During this time, Automatic Identification System (AIS) tracking detected 574 vessels within the Pitcairn exclusive economic zone (EEZ) or in a 100-mile buffer zone beyond those waters. Less than a third—29 per cent—proved to be fishing vessels. This percentage fluctuated with the fishing seasons for different migratory species. Of the total number of vessels seen, only eight were referred to the U.K.’s Foreign & Commonwealth Office (FCO) for formal follow-ups because of potential prohibited activities within the EEZ; another 18 were flagged as warranting further investigation to determine if illegal fishing had taken place. 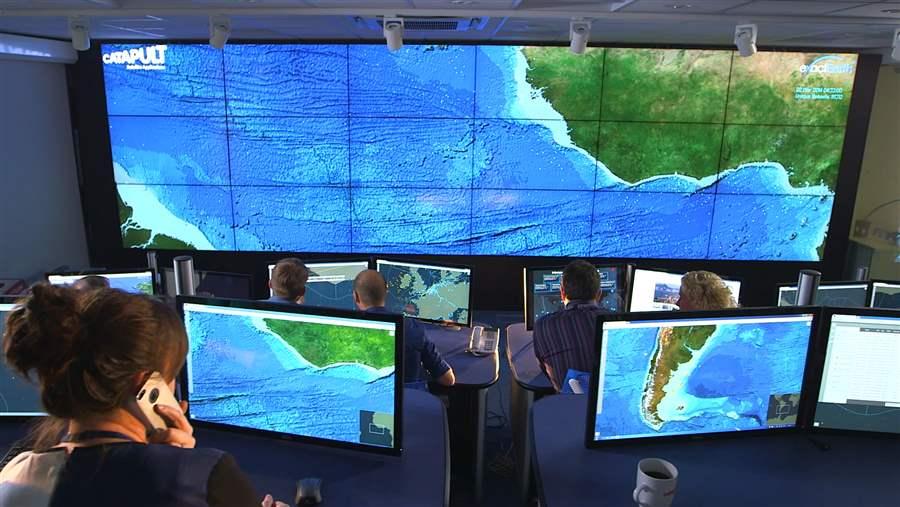 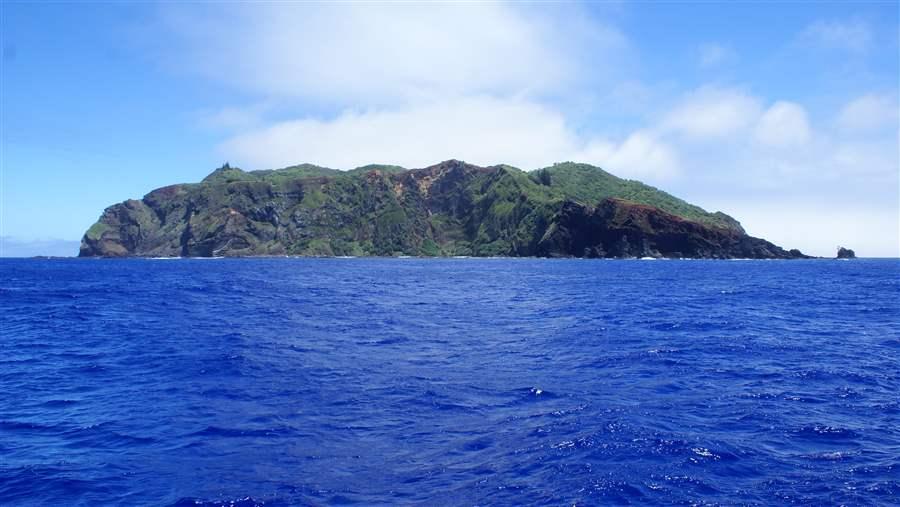 The monitoring identified as many as 12 “dark vessels”—those that could not be detected using AIS alone—   which were reported to the FCO. The ability to find these vessels highlights the unique capability of the Eyes on  the Seas platform. The system integrates and correlates multiple data sources—from license lists to satellite- derived information to radar—that then can be assessed by trained analysts. The added ability to draw on remote sensors, such as a Wave Glider, makes it possible to provide photographic identification of a ship’s name or   flag—a level of detail beyond the capabilities of other technologies, such as satellite imagery, that makes it harder for vessels to hide from authorities.

The trial revealed that the Pitcairn Islands’ EEZ is a high compliance area, meaning that a relatively low level of illegal activity occurs there. Although some suspicious patterns were detected in the buffer zone, none of the vessels tracked with AIS inside the EEZ showed behavior typical of illegal fishing operations. 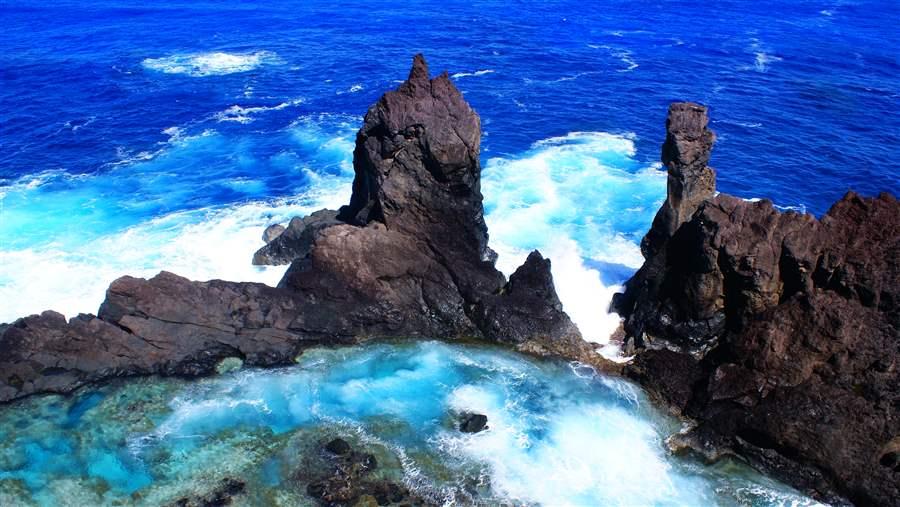 Global Ocean Legacy, a project of Pew and its partners, worked with local communities, governments and scientists around the world to protect and conserve some of our most important and unspoiled ocean environments. Together they established the world’s first generation of great marine parks by securing the designation of large, highly protected reserves. From 2006 through 2016, GOL helped secure commitments to protect 6.3 million square kilometres (2.4 million square miles) of ocean—an area 12 times the size of Central America.