The FDA Food Safety Modernization Act (FSMA) overhauls the systems and practices that ensure the safety of the nation’s food supply. The law focuses the Food and Drug Administration’s oversight on preventing food contamination rather than reacting once illnesses have occurred.

FDA identified food safety as its highest funding priority in the coming fiscal year and requested a $109.5 million increase for FSMA implementation. Despite tight budgets, bipartisan congressional majorities have invested wisely and consistently since FSMA’s enactment in 2011 in efforts that strengthen the food safety system to protect the public’s health.

Fiscal year 2016 is a critical time for FSMA implementation because the major regulations will be finalized during this period. The chart below details how FDA would use the significant funding it has requested to make critical investments so that it is ready when the new rules go into effect. The agency needs to build a food import oversight system, retrain inspectors in prevention-based rules, and provide technical assistance to food producers to help them comply with the requirements. 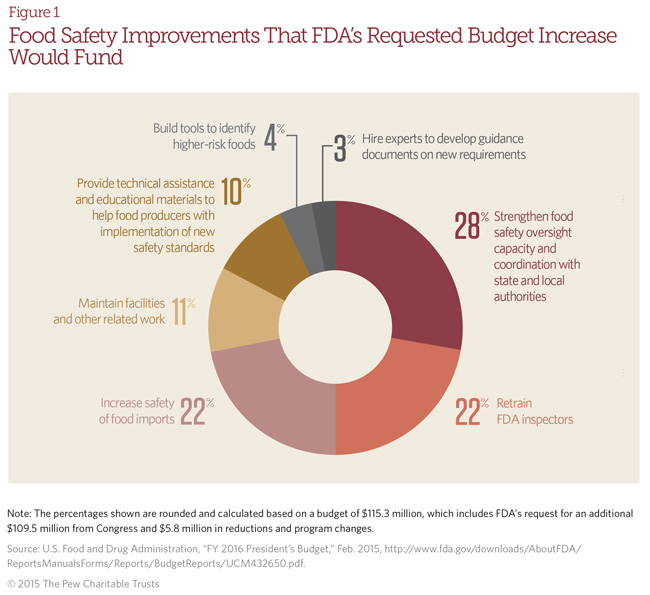