Multidrug-resistant infections are on the rise across the United States and around the world, posing a grave threat to our nation’s military veterans and active-duty personnel. Although our men and women in uniform increasingly survive severe wounds sustained in combat, their injuries can leave them susceptible to life-threatening infections for which little or no treatment is available.

A 2012 study found that doctors in Veterans Affairs hospitals are more frequently turning to last-resort antibiotics to fight the rising number of infections. The rate at which doctors prescribed these treatments in VA facilities increased by 25 percent from 2005 to 2010, despite the physicians’ reluctance to use them because of severe side effects. In some cases, the bacterial infections were so severe that doctors were left with no treatment options at all.

New antibiotic treatments are needed. Medical experts and members of the veteran and military community have called on Congress to act on legislation that can spur the development of antibiotics to treat these unmet medical needs. 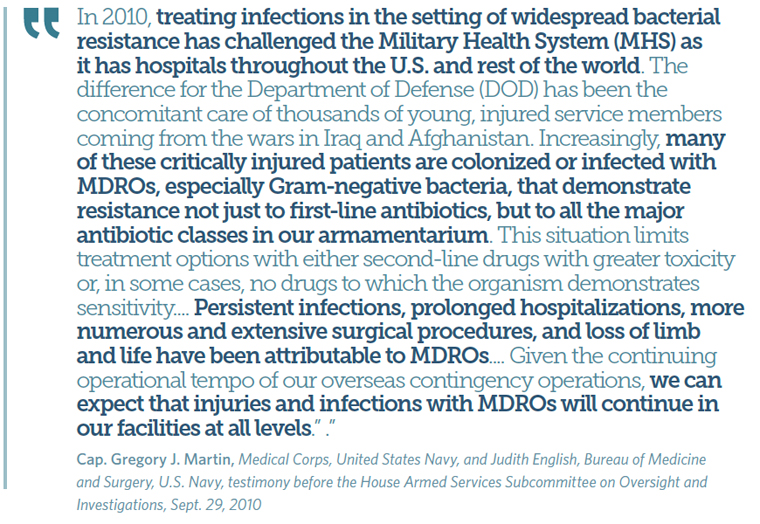 July 8, 2020 3D Printing of Medical Equipment Is Only a Stopgap