Mississippi has one of the nation's highest and fastest-growing imprisonment rates, costing taxpayers hundreds of millions of dollars a year. Despite this spending, nearly a third of all nonviolent offenders released from prison return within three years. Absent systemic reform, this poor return on state taxpayers' investment will decline: Mississippi's prison population and corrections costs are projected to continue to grow in the next decade.

Seeking a better return on their public safety investment, state leaders established the bipartisan and interbranch Corrections and Criminal Justice Task Force to examine Mississippi's sentencing and corrections policies and propose substantive reforms that can hold offenders accountable and protect public safety, while controlling costs to taxpayers over the long-term.

Mississippi's prison population has grown by 17 percent in the last decade and 307 percent in the past 30 years.1 The comparable figures for Mississippi's resident population are 4 and 29 percent, respectively. That is, prison growth in Mississippi was more than four times and almost eleven times faster than resident population growth, for the respective periods. The state now houses more than 22,600 prisoners and has the second-highest imprisonment rate in the country, trailing Louisiana.2

Mississippi taxpayers spend $339 million annually on corrections, up from $276 million in 2003. The vast majority—93 percent—pays for prisons, while the remainder funds probation, parole, and house arrest.

After peaking in 2008, the U.S. prison population declined for three consecutive years. According to the federal Bureau of Justice Statistics, the number of offenders in state prisons decreased 2.1 percent during 2012. The state imprisonment rate dropped by 2.6 percent.

In Mississippi, however, under current policies, the state's prison population is projected to grow by 1,990 inmates during the next decade at an additional cost of $266 million to state taxpayers.3 To accommodate this growth, the Mississippi Department of Corrections will need to reopen a prison. 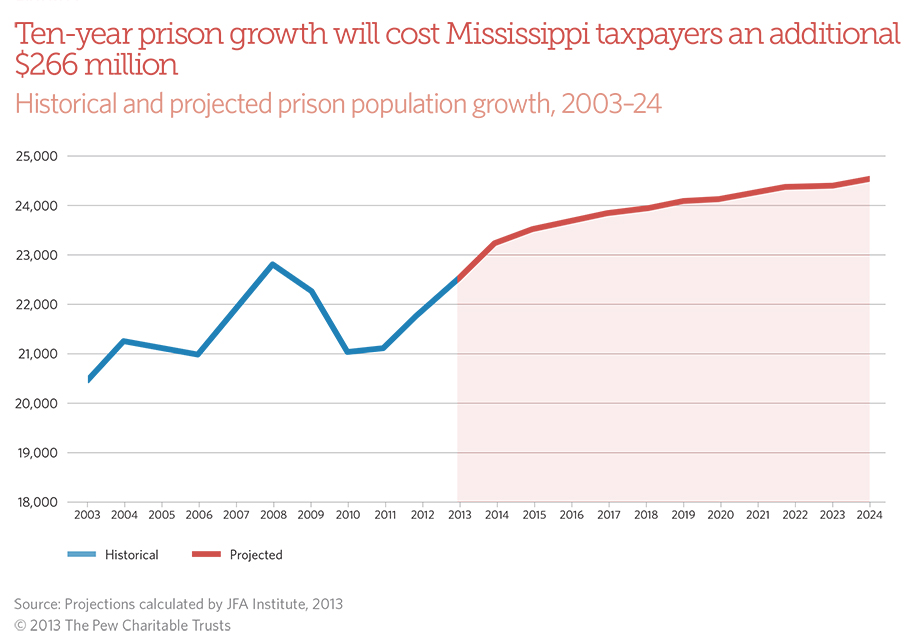 Prison growth has not stopped the cycle of reoffending

Under current state policies and resource allocation, 31 percent – nearly one in every three - of all nonviolent offenders released from Mississippi prisons return within three years.4

Prison growth has not brought greater certainty in sentencing

An escalating prison population has prompted the state legislature to pass a series of earned time and release options to contain corrections costs. These policies have made it difficult for judges, prosecutors, other criminal justice stakeholders, and crime victims to predict the percentage of a given sentence that will be served behind bars. That diminished confidence in the certainty of prison time has fueled a cycle of longer initial sentences.

While the state's prison budget consumes hundreds of millions of dollars, cost-effective public safety strategies that hold offenders accountable and reduce crime are in short supply in Mississippi. For example:

What is driving the prison growth?

Mississippi's prison growth in the last decade has been largely driven by sentencing and corrections policies that send more nonviolent offenders to prison and keep them there longer.

Admissions to prison rose 35 percent during the past decade.6  Almost three-quarters of prison admissions in 2012 were offenders originally sentenced for nonviolent crimes. Many of these offenders were entering prison not because of a new criminal sentence but because of a technical revocation of probation or parole. In 2012, nearly 1 in 3 prison admissions was a nonviolent offender who violated the terms of his community supervision—testing positive for drugs or missing probation appointments, for example—as opposed to having received a new criminal sentence.7

The time inmates spend in prison has also grown substantially in the last decade. Perhaps because of the uncertainty about how much of the sentence will be served behind bars, judges have lengthened sentences significantly (28 percent) in the last decade. Even though earned time policies have resulted in a dramatic decrease in the percentage of the sentence served, this decrease has not offset the increase in sentence lengths: Offenders are now serving a smaller percentage of much longer sentences, ultimately leading to more time served in prison. For newly sentenced prisoners, time served in prison went up by 17 percent8  over the last decade. For some offenses, this growth is even more pronounced. Prison stays for drug possession offenders, for example, have increased 31 percent.9

Gearing up for action

Chaired by Mississippi's commissioner of corrections, the task force includes Democratic and Republican legislators as well as judges, prosecutors, law enforcement officials, defense attorneys, a county supervisor, and a representative from the state attorney general's office.

The task force is receiving assistance from The Pew Charitable Trusts' public safety performance project as part of the Justice Reinvestment Initiative. Nearly two-dozen states—including Arkansas, Georgia, South Carolina, and Texas—have enacted justice reinvestment strategies to control their corrections spending and protect public safety by focusing their prison space on serious, chronic, and violent offenders and investing savings from averted prison growth into probation, parole, and other mandatory supervision practices such as drug courts that save taxpayer dollars and cut crime. 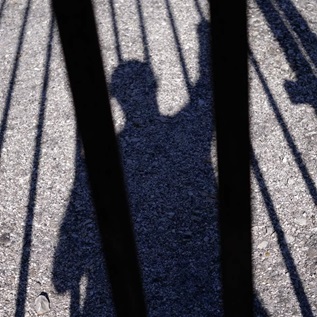 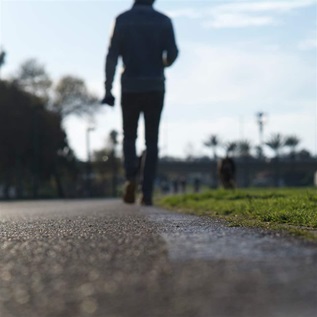 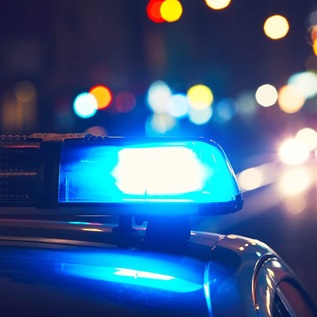