Federal spending that can be identified at the state level accounted for more than 90 percent of the total federal budget, or $3.2 trillion of the $3.5 trillion total in 2010.1 This figure includes direct payments to individuals, government procurement, federal employee salaries and wages, and grants to states. Such spending was equivalent to about one-fifth of total domestic economic activity in 2010. 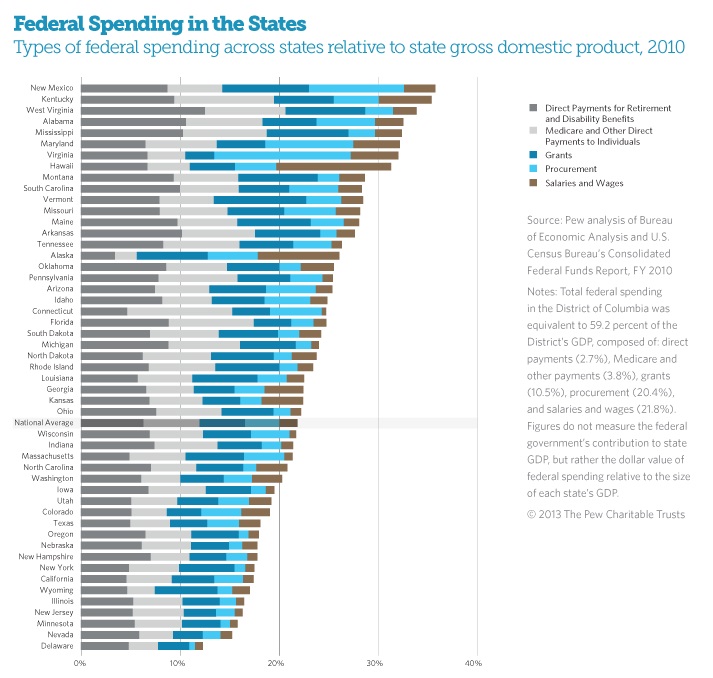 The magnitude of this spending relative to each state’s economy ranged from 35.8 percent of New Mexico’s state gross domestic product to 12.3 percent of Delaware’s. Federal spending in the District of Columbia was equivalent to 59.2 percent of the District’s economy—significantly larger than for any of the 50 states. 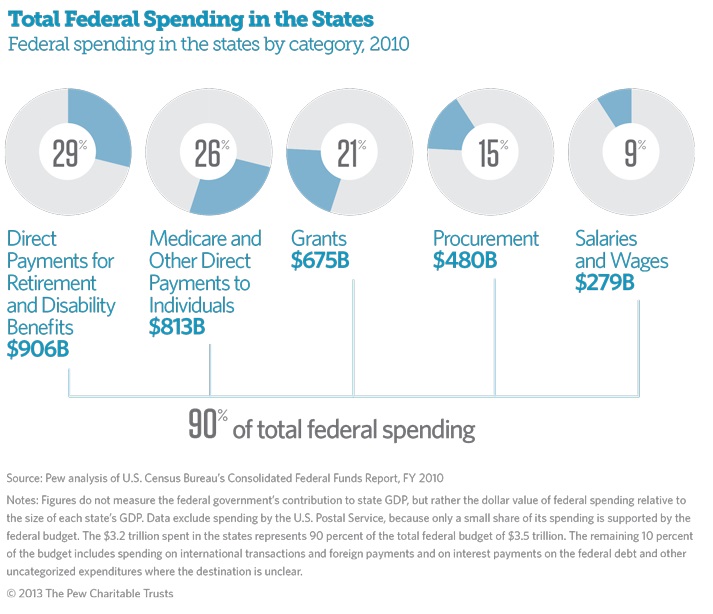 1The remaining 10 percent of the budget includes spending on international transactions and foreign payments and on interest payments on the federal debt and other uncategorized expenditures where the destination is unclear. Source: Pew analysis of U.S. Census Bureau’s Consolidated Federal Funds Report, FY 2010, and Office of Management and Budget data.