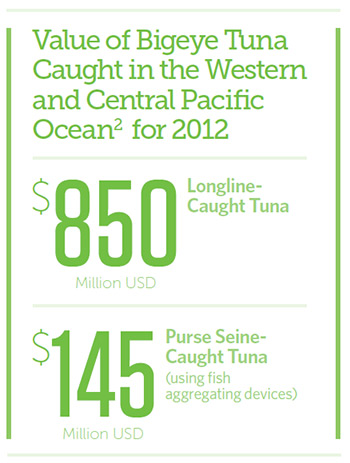 Over the past 30 years, the bigeye tuna fishery in the western and central Pacific Ocean has transformed from a sustainable one that exclusively targeted large adult fish using longlines to one that is now dominated by catches of juveniles by purse seine vessels using fish aggregating devices, or FADs. What's more, this growing use of FADs is largely unregulated and is driving the overfishing of bigeye tuna.1

As the body responsible for the management of this valuable resource, the Western and Central Pacific Fisheries Commission, or WCPFC, is charged with the precautionary and responsible stewardship of this species. The WCPFC should be at the forefront of sustainable bigeye conservation and management, yet the complex nature of this fishery has made the negotiation of an effective measure a major challenge since the Convention came into force in 2004.

A fresh approach by WCPFC members, one based on precaution and the best-available science, is needed to ensure healthy oceans and healthy fisheries for generations to come. As made clear by previous WCPFC Scientific Committee reports,3 reductions in fishing mortality are needed from all major fisheries sectors in the region to end overfishing. This includes reductions from the tropical longline fishery that targets large bigeye, the purse seine FAD fishery that takes more than 80 percent of the individual bigeye tuna, and other fisheries that catch bigeye, including ring nets and handlines.

Included in this document are several tables and figures illustrating the change in bigeye catch over time and which WCPFC Members, Cooperating Non-members and Participating Territories, or CCMs, are having the greatest impact on the species. The aim is to provide a basis for transparent negotiations that will result in an effective and fully enforced conservation and management measure at the next WCPFC annual meeting in December. 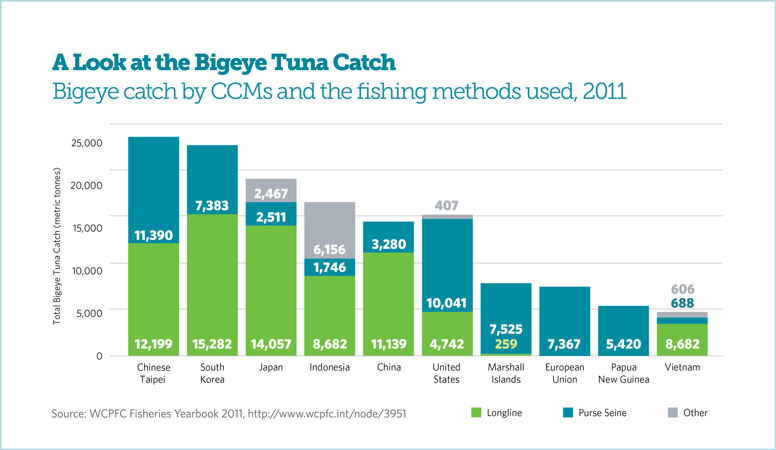 Figure 1. illustrates the top 10 bigeye-catching CCMs. Some primarily catch bigeye with longlines, while others catch mostly juveniles in purse seine FAD fisheries. All CCMs on this chart should take a leadership role in finding a solution to bigeye overfishing. 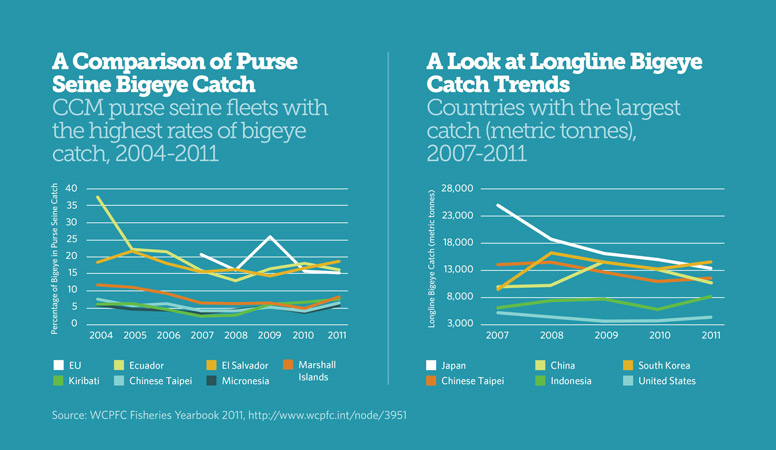 Figure 2. plots the percentage of total purse seine catch that is bigeye for the seven CCMs with the highest rates of bigeye catch since 2004. Next to that are catch trends of the CCMs with the biggest longline catches of bigeye tuna since 2007. 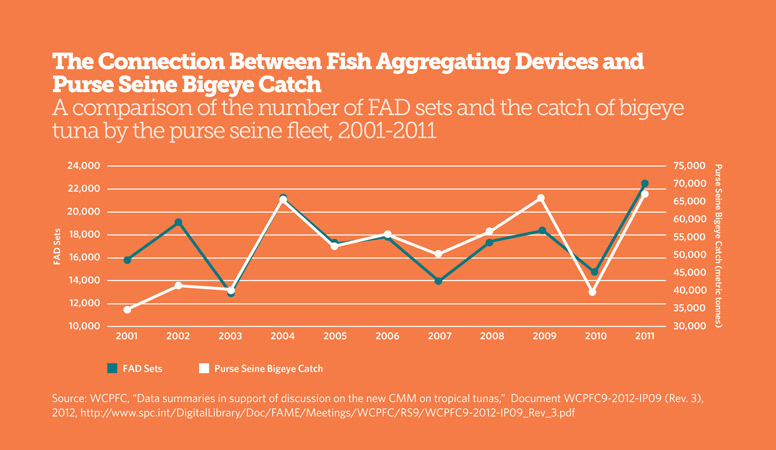 Figure 3. illustrates the relationship between the number of FAD sets and the catch of bigeye tuna by the purse seine fleet from 2001 to 2011. The WCPFC Scientific Committee recommends limiting FAD sets to 2010 levels to end bigeye overfishing.4

In recent years, WCPFC members have attempted to end overfishing of bigeye tuna by adopting measures with temporary FAD closures, requirements to reduce longline mortality, and unspecified calls to reduce bigeye mortality in purse seine fisheries. But none of these efforts has been entirely successful due to a combination of factors.5 A range of options for a science-based measure that will end bigeye overfishing exists.6 WCPFC CCMs should consider the following as a new measure is developed this year:

WCPFC members have a responsibility to promote the health of all tuna populations in the Convention area, not merely the ones from which they benefit the most. As per the Convention's “principles and measures for conservation and management” (Article 5), this body must act as a steward for all highly migratory fish stocks in its Convention area. Maintaining this critical and productive oceanic region is an important responsibility, and all CCMs need to come to the table with a willingness to find a solution to current overfishing.

This year, WCPFC CCMs have the opportunity to finally end years of overfishing of bigeye tuna by adopting a conservation and management measure that puts the fishery on sustainable footing. Doing so will require managers to make some difficult decisions and live up to the commitments made under the Convention. While it will not be easy, a successful negotiation is imperative to the future of bigeye and critical to showing that WCPFC is an effective management body.