The productivity of Bristol Bay's salmon runs is remarkable even by Alaska's high standards.www.savebristolbay.org

Salmon is the foundation for both livelihoods and a way of life in Alaska's Bristol Bay. Each year, some of the largest wild salmon runs—including the largest sockeye run in the world—swim through the bay and upstream. Tens of millions of wild sockeye, chinook, coho, pink, and chum salmon depart the watershed for their adult life stage in the Pacific Ocean and return through the North Aleutian Basin and Bristol Bay to spawn. The productivity of these runs is remarkable even by Alaska's high standards. The 2012 commercial harvest of all salmon species in Bristol Bay was approximately 20.6 million fish, and the value of the catch before processing topped $121 million.

The History and Future of Bristol Bay

Salmon form the cornerstone not only of the Bristol Bay economy, but also its culture. Yup'ik, Aleut, and Athabascan peoples have been subsisting on salmon for thousands of years and have built much of their culture and traditions around the annual migration. More than 2 million pounds of salmon are taken each year for subsistence use. In many communities, salmon constitutes more than half the local diet. Salmon also feeds birds and wildlife, and enriches the whole region with its nutrients. 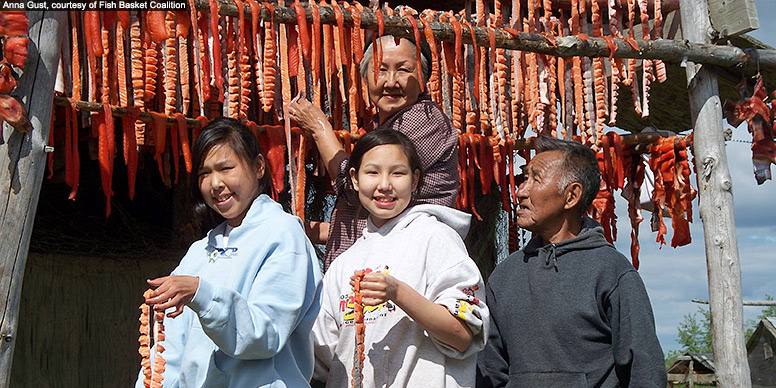 While wild salmon populations elsewhere in the world are largely threatened or extinct, these fish return to Bristol Bay in astounding numbers every year largely due to the sound, scientific management of the fishery, as well as lack of disturbances from development. A system of limited commercial fishing permits restricts access to salmon in Bristol Bay, which enables enough fish to escape and return upstream to spawn and regenerate populations, year after year. Scientists have also documented how Bristol Bay's numerous undeveloped salmon streams allow for genetic diversity that helps stabilize populations.

The Pew Charitable Trusts works with a coalition of local communities, fishermen, commercial fishing associations and businesses, tribes, and conservation organizations to secure permanent protection for Bristol Bay and the Bering Sea from offshore oil and gas activity. Learn more about Bristol Bay and the coalition effort at FishBasket.org.

View our Gallery of Bristol Bay 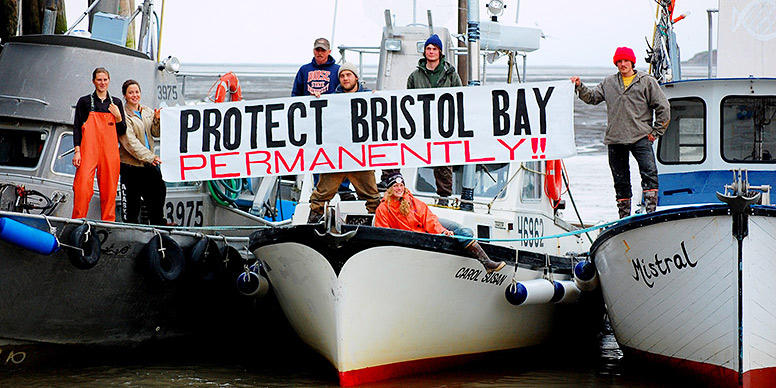