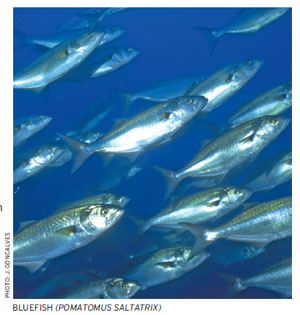 Efforts to protect and rebuild America's ocean fish are working. Rebounding fish populations create jobs, support coastal economies, repair damaged marine ecosystems, increase recreational fishing opportunities, and bring back fresh, local seafood. The benefits of ending overfishing and rebuilding depleted fish populations are far-reaching, and the cost of further delay would be significant. For example, commercial fishermen targeting depleted stocks in New England, the South Atlantic, and the Gulf of Mexico lost an estimated $164.2 million and realized just 25 percent of potential revenue in 2009 because of overfishing.

To ensure these benefits, the Magnuson-Stevens Fishery Conservation and Management Act (MSA), the law that governs fisheries in federal waters, requires sustainable management of ocean fish populations based on two principles: prevent taking more fish in a year than nature can replace (in other words, end overfishing), and rebuild depleted fish populations.

We must capitalize on these successes and finish the job of rebuilding valuable U.S. fisheries. Unfortunately, 34 of America's most commercially and recreationally important ocean fish populations are still subject to overfishing, and 40 have been depleted to unhealthy levels.

As America's ocean fish populations continue to rebound, Congress should reject proposals to delay or weaken conservation deadlines. Instead, it should support efforts to increase funding to improve fisheries data collection and research and provide targeted assistance to fishermen as they make the transition to sustainability. Doing so will allow the nation to enjoy the benefits of healthy fish populations while preserving them for future generations. 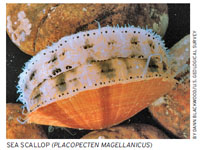 During the 1990s, efforts to rebuild depleted New England groundfish populations brought an unexpected benefit. Critical bottom fishing areas were closed, enabling depleted Atlantic sea scallop populations to recover and become fully rebuilt by 2001. The U.S. Atlantic sea scallop fishery is one of America's most valuable and also is the most valuable wild scallop fishery in the world.

Officials determined in the late 1990s that the population of mid-Atlantic bluefish was at an unhealthy level. To restore this valuable fishery, federal managers implemented a nine-year rebuilding plan, which reached its goal a year ahead of schedule, leading officials to declare bluefish fully rebuilt in 2009. 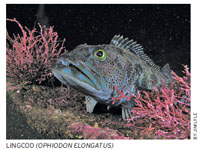 When fishery managers found lingcod to be depleted in the Pacific Ocean, they applied science-based measures to implement a 10-year rebuilding plan. The Pacific lingcod population was rebuilt several years ahead of schedule.

After years of delay, fishery managers finally took steps in 2000 to rebuild this recreationally and commercially important species, and today mid-Atlantic summer flounder has recovered from decades of overfishing. The summer flounder population was declared fully rebuilt in 2010.

The Gulf of Mexico red snapper population was subject to overfishing and remained depleted for decades until new conservation and management measures were implemented in 2007. The most recent stock assessment found that overfishing had stopped and that Gulf red snapper were recovering as they increased in size, abundance, and geographic range.15 Based on these findings and subsequent analyses, managers have begun to increase catch levels.16 With a continued commitment to rebuilding, fishermen in the Gulf eventually will be able to sustainably catch three times the amount of red snapper that is caught today.