Narwhal, known by their distinctive tusk-like tooth, live in the eastern Canadian Arctic and European waters north of 60 degrees latitude. Baffin Bay is home to the largest of the world’s three narwhal populations and numbers more than 60,000 whales. The whales roam between west Greenland and Canada, spending their winters far offshore in Davis Strait and Baffin Bay. In late May and June, they migrate through Lancaster Sound to areas such as Admiralty Inlet, Prince Regent Inlet and Eclipse Sound. 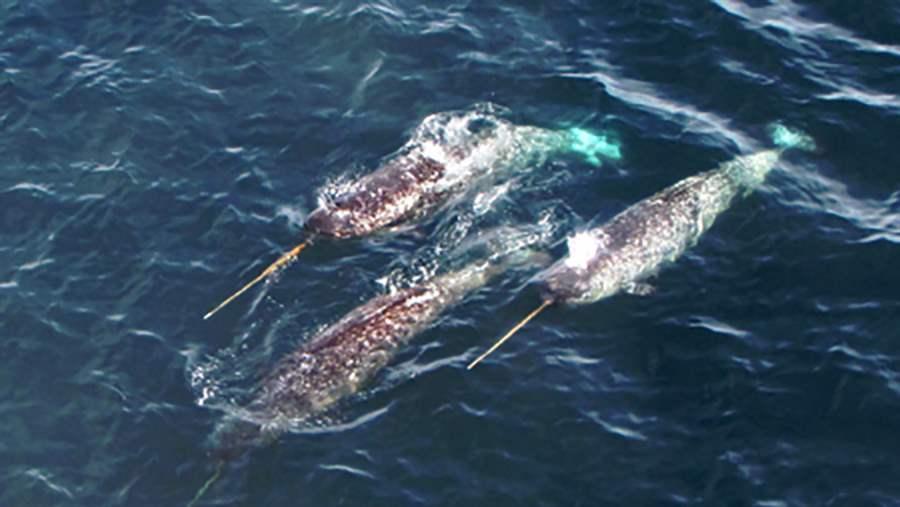 Narwhal migrate to the same locations year after year, preferring deep water in both winter and summer. One of the deepest diving cetaceans, narwhal have been tracked by satellite tagging to depths of more than 1,000 metres. Research analyzing their stomach contents suggests that it’s their taste for polar cod and Greenland halibut that prompts their dives. In spring, narwhal arrive at the floe edge in Lancaster Sound and swim west through the leads, or cracks in the ice, to their summering grounds. By September and October, they are headed back to Baffin Bay and Davis Strait, a return trip of more than 3,000 kilometres each year.

More than 21,000 beluga whales live year round in the eastern Arctic. Dubbed “canaries of the sea” due to their complex, melodic calls, belugas spend winters in north Baffin Bay between Greenland’s west coast and the Canadian archipelago. By June, the whales follow the receding ice to the Lancaster Sound region for the summer. 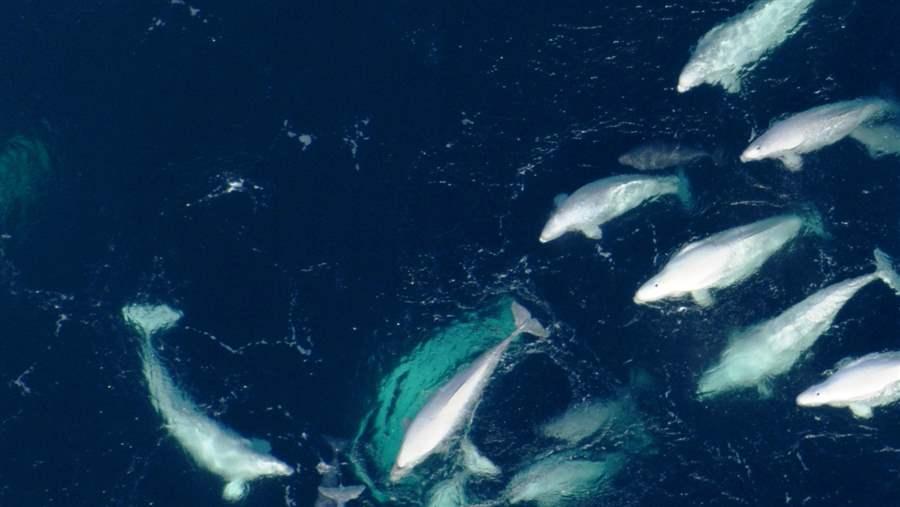 The fjords and estuaries of the Lancaster Sound area provide the perfect habitat for belugas to feed, moult and calve during the summer months. Like narwhal, belugas return to the same places year after year, selecting them based on factors such as water depth and temperature. Favorite spots include the south and east coasts of Devon Island, south coast of Cornwallis Island and Somerset Island. 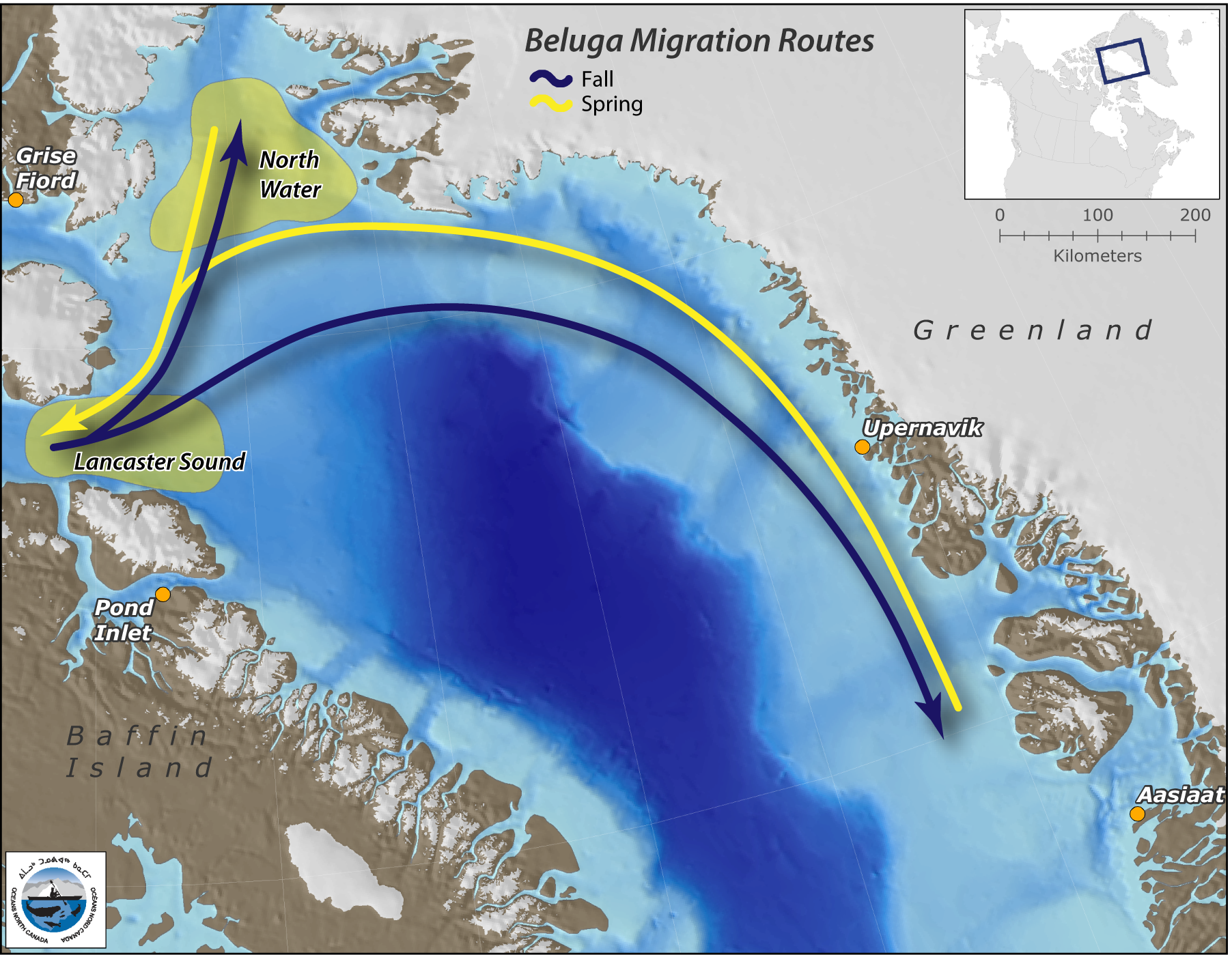 The whales’ migration back to wintering grounds through Lancaster Sound peaks in mid-September and has been known to take place in as little as two or three days. The beluga population returns to north Baffin Bay where about half stay in the pack ice of west Greenland while the rest inhabit the North Water polynya, an area that does not freeze in the winter.

The last estimate of the size of the Baffin Bay beluga population was done in 2002 and was based on visual and photographic surveys from 1996 in Prince Regent Inlet, Peel Sound and Barrow Strait.

Bowhead whales are the largest of the three types of whales being studied on this expedition and live throughout the Arctic. Those native to the Lancaster Sound region are called the Eastern Canada-Western Greenland population and totaled an estimated 7,300 whales in 2005. Hunted almost to extinction by Europeans, commercial whaling restrictions have allowed the bowhead population to recover after being listed as an endangered species in the 1980s. Inuit have reported the population is increasing, an observation now confirmed by scientists. 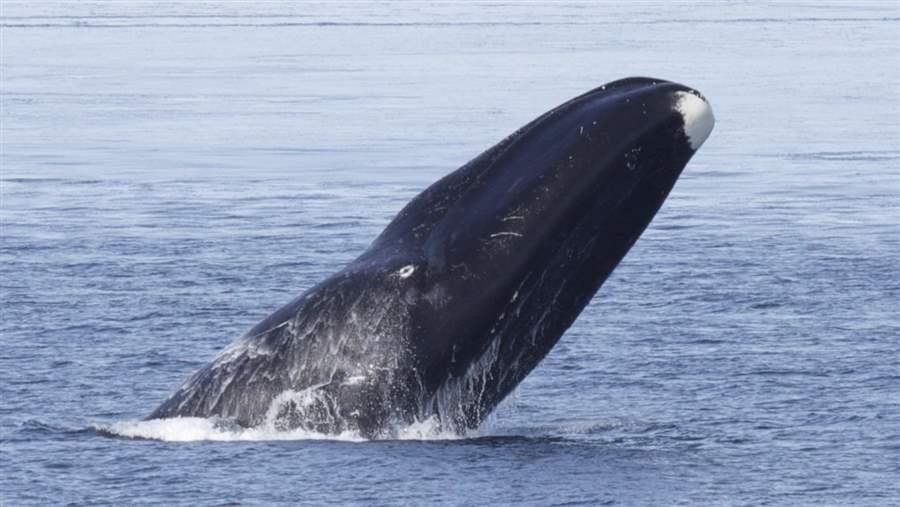 Bowheads travel great distances, spending winters in Hudson Strait, northern Hudson Bay, the mouth of Cumberland Sound and along the pack ice edge in Davis Strait. Starting in April, they follow the receding ice into the Lancaster Sound region, reaching their summering grounds by July. By late October, they are migrating back to winter locations. Research has found that bowhead prefer more ice in summer and less in winter. In the spring, areas such as northern Foxe Basin with heavy ice, shallow water and a ready food supply become calving nurseries. 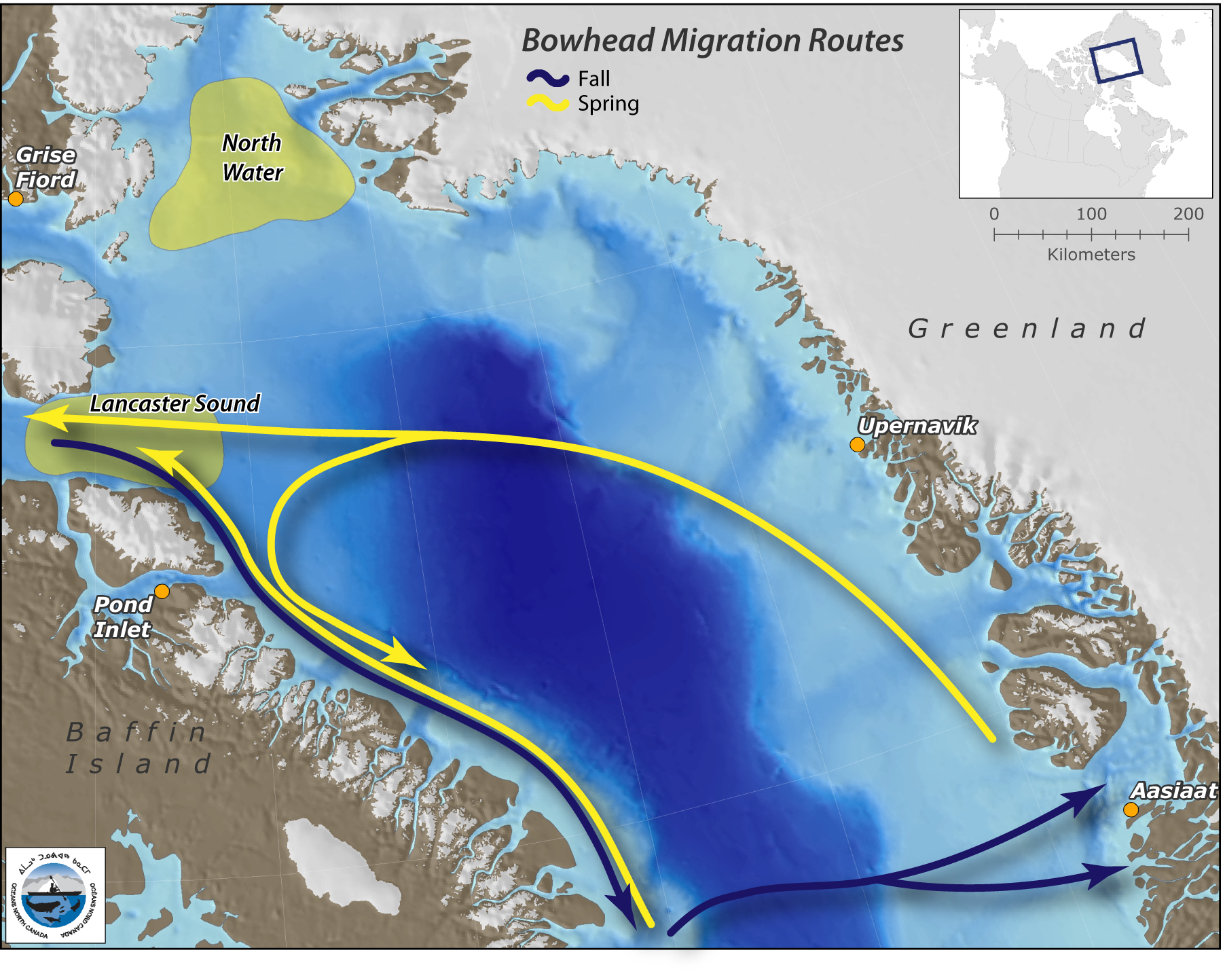 Size/appearance: Born black, they develop white markings on the chin and tail fins as they mature. Adult whales average 15 metres long up to a maximum of 20 metres. They weigh an average of 90,000 kilograms.