Flooding is the most costly and most common natural disaster in the United States.1 The Federal Emergency Management Agency’s National Flood Insurance Program (NFIP) provides federally backed coverage for homeowners and small businesses in more than 22,000 communities across the country.2

Among the NFIP’s policyholders are thousands whose properties have flooded multiple times. Called “repetitive loss properties,” these are buildings and/or contents for which the NFIP has paid at least two claims of more than $1,000 in any 10-year period since 1978. “Severe repetitive loss properties” are those for which the program has either made at least four payments for buildings and/or contents of more than $5,000 or at least two building-only payments that exceeded the value of the property. For example: Flood damage at a 300-unit Roanoke Valley, Virginia, apartment complex cost the program more than $10.5 million over nine years, and a $69,000 Mississippi home flooded 34 times in 32 years, resulting in $663,000 in claims. These extreme cases make up a small fraction of the nearly 5 million active policies nationwide but represent a disproportionately large share of claims.3 Also, these policyholders face no limits on the number of claims they can submit or on a value of payments they may receive.

The Pew Charitable Trusts supports proactive policy solutions that will break the cycle of repeated flooding and rebuilding in order to better prepare people and property for natural disasters, improve public safety, and put the NFIP on stronger financial footing by reducing the program’s $23 billion debt.4 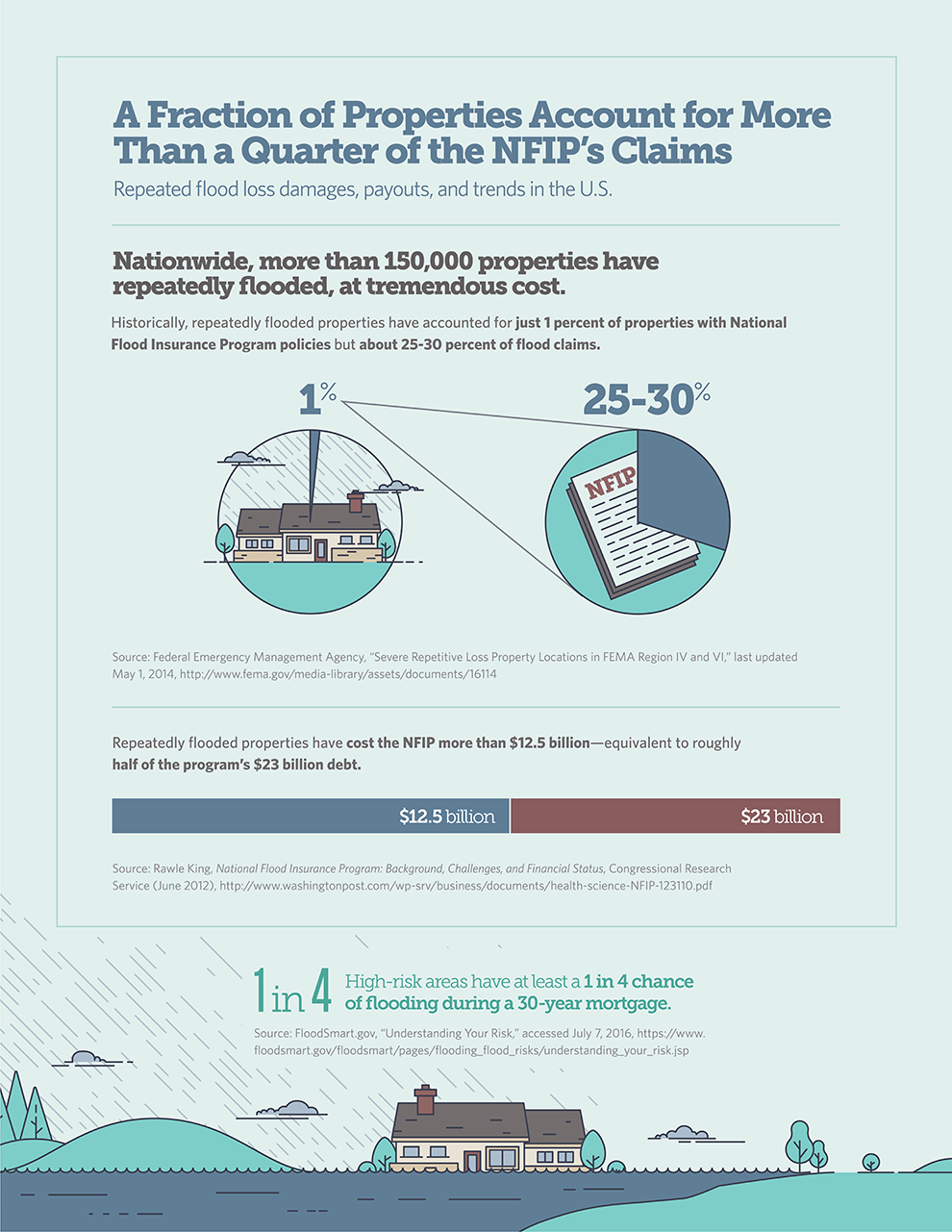 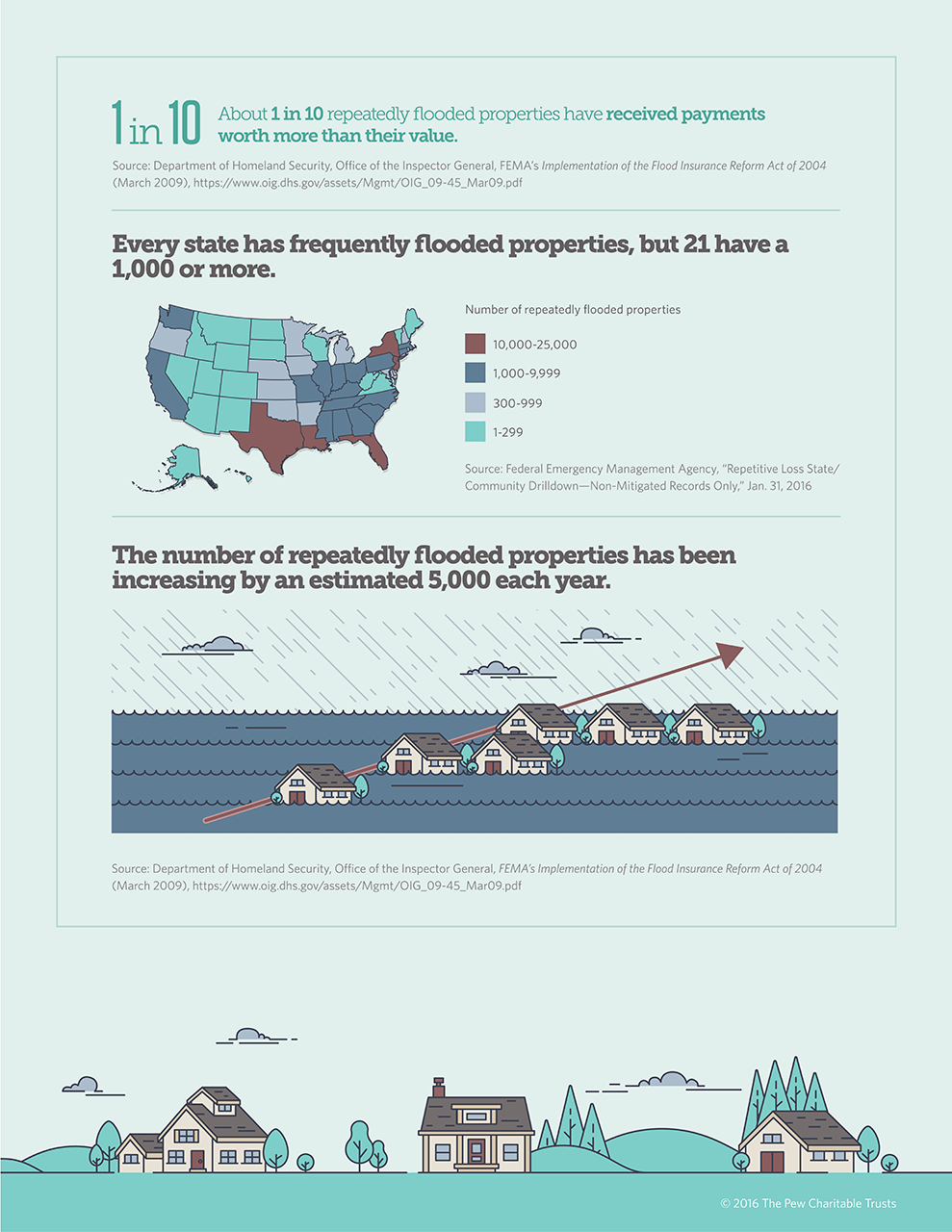