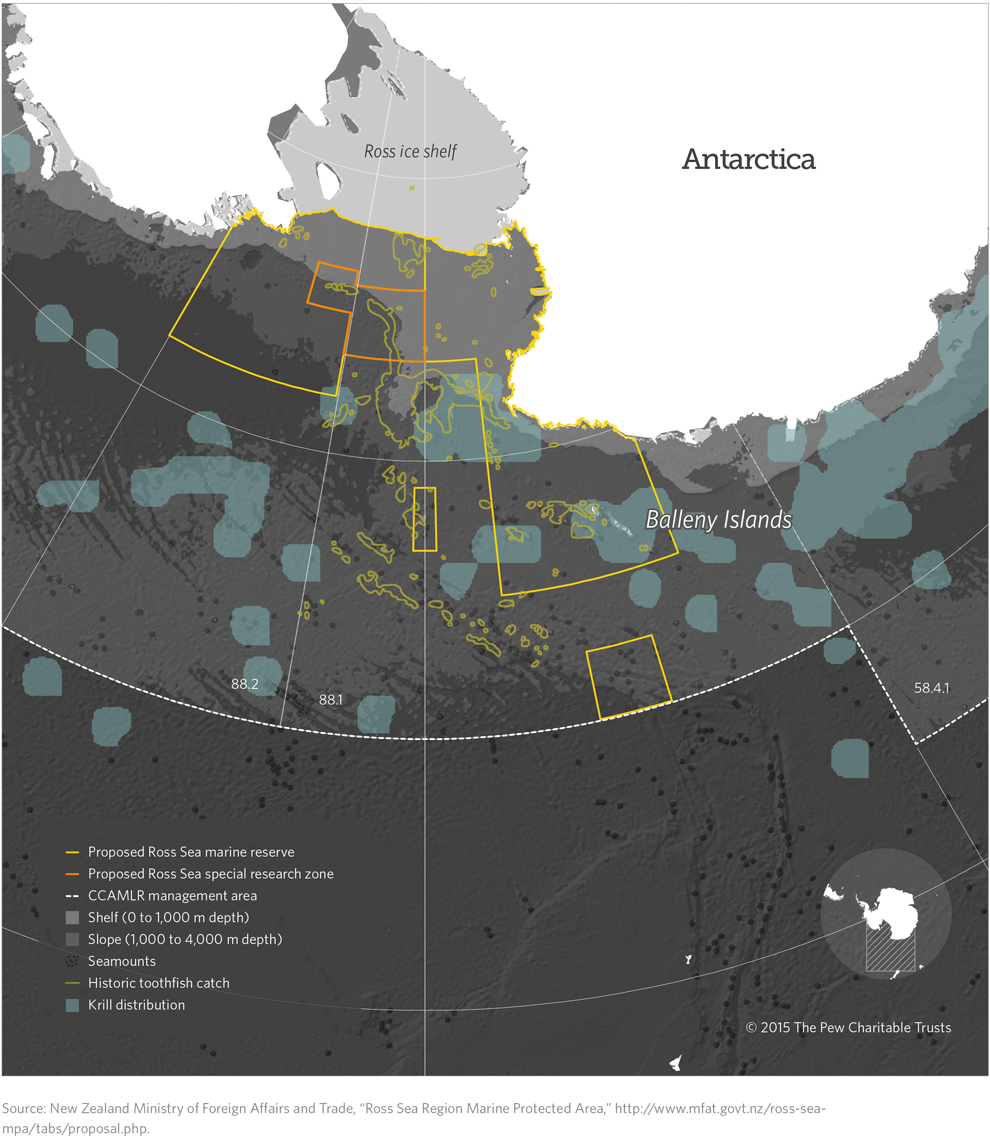 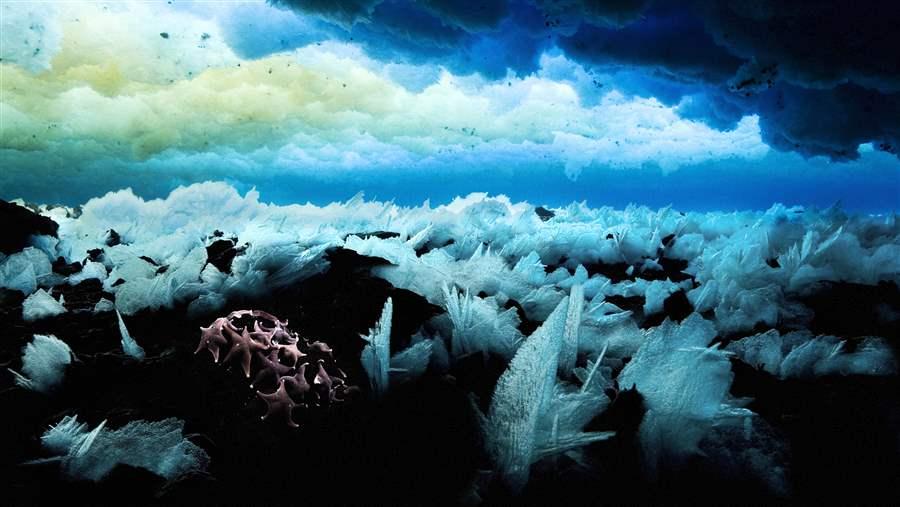 The remote Ross Sea supports a biologically diverse ecosystem that has thrived essentially unchanged for millennia. In fact, a 2011 study published in the journal Biological Conservation called the Ross Sea “the least altered marine ecosystem on Earth.”

This area of the Southern Ocean provides habitat for Antarctic toothfish, a top predator in the region’s food web. These fish, also known as Chilean sea bass, are highly prized by the commercial fishing industry, but the threat of overfishing could disrupt the ecological balance of the Ross Sea and beyond.

The United States and New Zealand have co-sponsored a proposal at the Commission for the Conservation of Antarctic Marine Living Resources to create a marine protected area of 1.25 million square kilometers (about 482,000 square miles) in the Ross Sea. Of that, 1.14 million square kilometers (about 440,156 square miles) would be off-limits to fishing. Though the proposal would allow limited commercial catch of Antarctic toothfish, as well as some fishing in a “special research zone” along the continental shelf and slope, it would protect huge swaths of ocean from overfishing and ensure that much of this near-pristine ocean ecosystem remains untarnished for the future.

This page was updated on Oct. 15, 2015 to reflect updates to the proposed Ross Sea marine reserve.