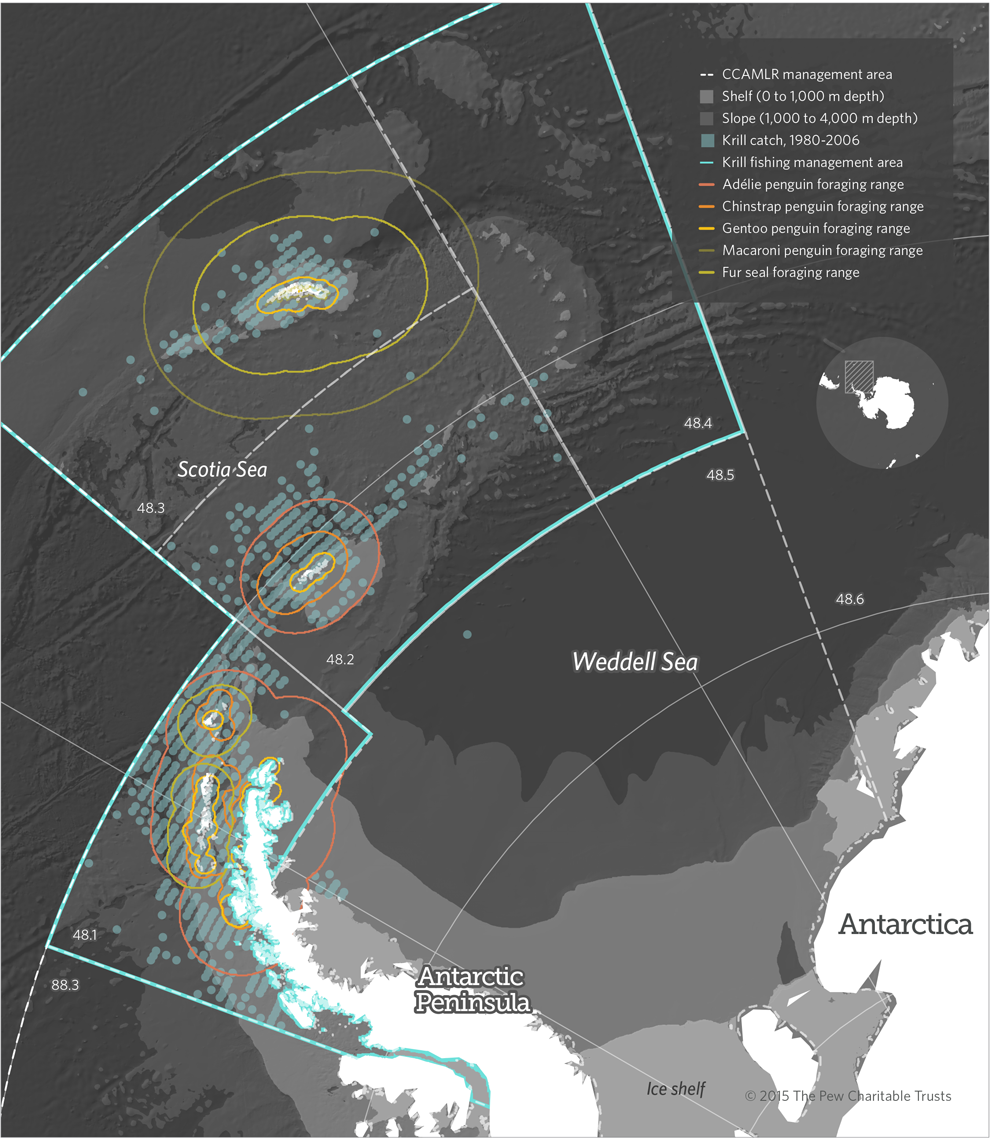 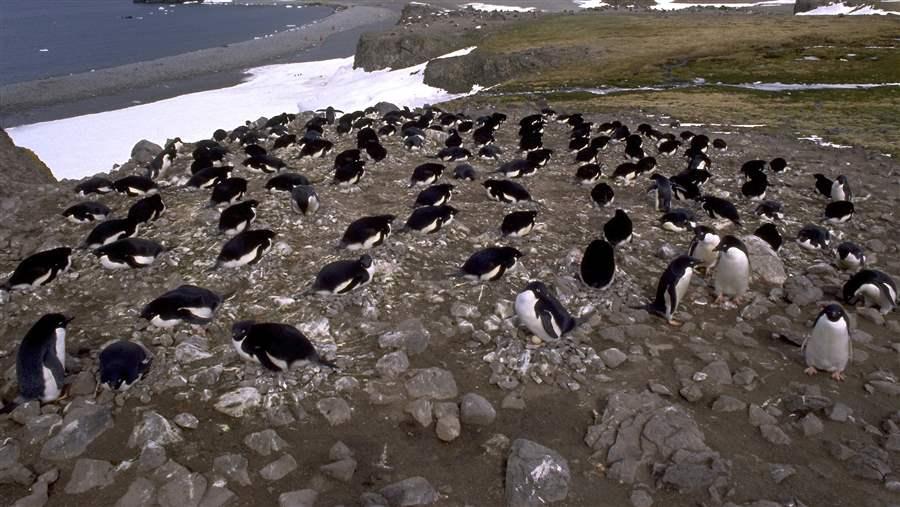 The Commission for the Conservation of Antarctic Marine Living Resources (CCAMLR) was established in 1982 in response to the growing fleet of vessels fishing for krill in the Southern Ocean. Today, the krill fishery operates mostly in the waters around the Antarctic Peninsula. CCAMLR manages the fishery by imposing catch limits that are allocated across designated subareas of the Southern Ocean.

Antarctic krill is the base of the food web in the region and provides protein for many key predators, including penguins. Although fishery management measures have been effective in regulating krill catches, they have not adequately accounted for the foraging needs of penguins and other predators that depend on krill for food. In addition to the impact of concentrated fishing, climate change is reducing the availability of krill in the foraging areas of species such as chinstrap and Adélie penguins, especially near the coast of the Antarctic Peninsula. Declines of this integral forage species could create a ripple effect throughout the Antarctic food web and cause imbalances in key predator-prey relationships.

CCAMLR has a mandate to protect all biodiversity within Antarctic waters. It must protect the Southern Ocean by protecting the base of the food web—krill.

This page was updated on Oct. 15, 2015 to reflect updates to krill fishing in the Antarctic Peninsula.