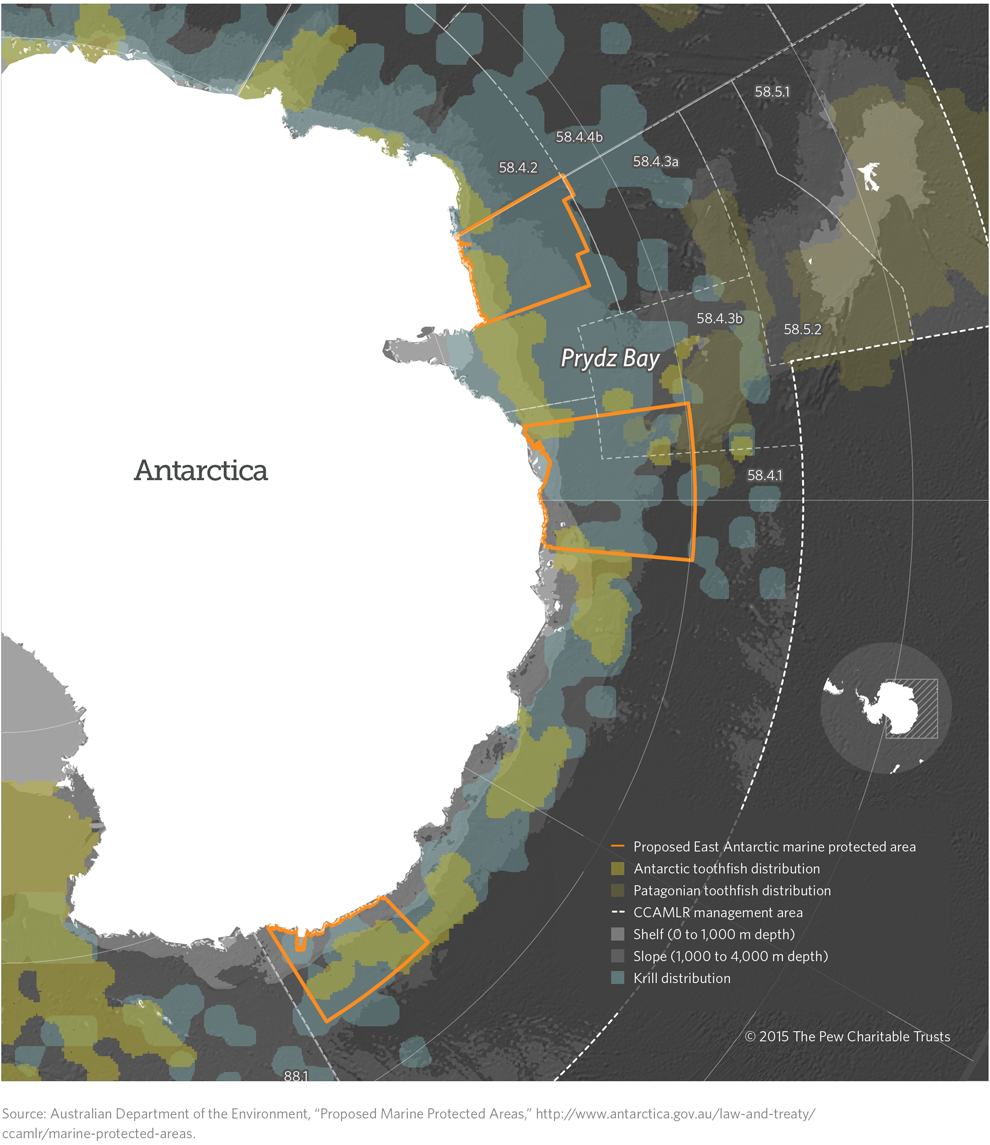 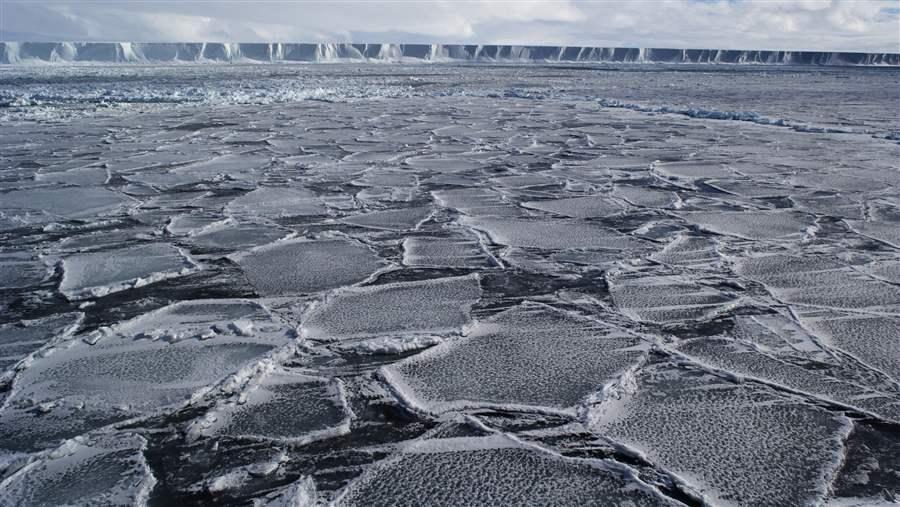 The East Antarctic ice sheet flows off the Antarctic continent into the surrounding Southern Ocean, surrendering to sapphire seas that are home to an array of marine life. Penguins, seals, Antarctic krill, and Antarctic and Patagonian toothfish, also known as Chilean sea bass, are among the many species that rely on this relatively unexplored, remote, and frigid habitat for survival.

Because this isolated area has historically been spared from fishing and research activities, scientists have predicted local biodiversity based on habitat characteristics. As a result of this scientific advice, Australia, France, and the European Union have proposed that the Commission for the Conservation of Antarctic Marine Living Resources (CCAMLR) set up a “representative system” of marine protected areas in the region that protects unique biogeographical areas known to support biodiversity.

This approach for the design of marine protected areas is common for places where data are limited, such as the waters off East Antarctica. Consensus on these conservation measures would ensure that valuable marine habitat remains intact.

This page was updated on Oct. 15, 2015 to reflect updates to the proposed East Antarctic marine protected area.