When the World Trade Organization’s (WTO’s) 12th Ministerial Conference closed at dawn on 17 June 2022, the 164-member intergovernmental body had finally adopted a fisheries subsidies agreement after 21 years of on-and-off discussions and negotiations.

The WTO’s Agreement on Fisheries Subsidies is a historic step towards tackling one of the key drivers of overfishing on the world’s ocean harmful subsidies nations pay to commercial fishing operators to help keep their businesses profitable.

One-third of fish stocks worldwide are exploited beyond sustainable levels, according to the United Nations Food and Agriculture Organization. The $22 billion a year in government subsidies are helping drive this overfishing; the funds go primarily to industrial fishing fleets to artificially lower fuel and vessel construction costs. These subsidies allow large vessels to catch more fish than is sustainable by enabling fishing farther out to sea and for longer periods, essentially increasing each vessel’s capacity. Many of these industrial fleets would not be profitable without government assistance.

Under the new WTO agreement, countries will need to consider the current state of fish stocks when granting subsidies—a provision that should help curtail overfishing, improve ocean health and protect livelihoods in coastal communities. This deal, the first multilateral agreement reached by the WTO that links trade and the environment, creates a global, legally binding framework that limits subsidies for illegal, unreported and unregulated (IUU) fishing and fishing of overfished stocks, as well as subsidies to vessels fishing on the unregulated high seas. Going forward, 109 members must ratify the agreement for it to take effect.

The agreement also includes measures that will enhance transparency and accountability related to how governments support their fishing sector. For the first time, 164 governments around the world will be obliged to follow the same rules and consider the sustainability of their resources when designing fisheries subsidy programs.

In 2001, recognizing that some fisheries subsidies were harming the global ocean, the U.N. started discussions to tackle these payments. In 2015, the U.N. Sustainable Development Goals tasked the WTO with reaching an agreement to prohibit certain forms of harmful fisheries subsidies by 2020. Although WTO members missed that deadline and faced delays in negotiations due to the COVID-19 pandemic and other global crises, they persisted and ultimately struck the deal adopted in June.

As part of the agreement, trade ministers also committed to continuing negotiations on some outstanding issues related to overfishing and overcapacity—which is a fleet’s ability to harvest more fish than is sustainable. Future negotiations, which are scheduled to take place this fall, will focus on how best to help developing countries meet the requirements of the agreement.

The Pew Charitable Trusts’ reducing harmful fisheries subsidies team has supported WTO members in their efforts to comply with the mandate for negotiation set during the 11th Ministerial Conference in 2017, when members were tasked with securing an agreement to eliminate subsidies for IUU fishing and to prohibit certain forms of fisheries subsidies that contribute to overcapacity and overfishing. For example, to ensure that policymakers had the most up-to-date research on the topic, Pew facilitated groundbreaking research, including a global estimate of what governments spend on harmful fisheries subsidies each year, a bioeconomic model that estimates how much fish populations could rebound if all harmful subsidies were removed, and an interactive tool that visualizes the magnitude—and the spatial distribution—of subsidies that prop up distant-water fishing.

Another important element of Pew’s work was amplifying voices from stakeholders in support of an agreement to curb harmful fisheries subsidies. Since 2020, the Stop Funding Overfishing coalition, compromised of 182 non-governmental organizations around the world, including Pew, repeatedly called upon world leaders to deliver on the mandate of the U.N. Sustainable Development Goal.

WTO members must now press on to ratify, implement and strengthen the new agreement—efforts in which Pew will continue to engage. But this is also an appropriate time to celebrate the June deal, which is a significant step in the fight against overfishing. 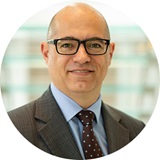 The Pew Charitable Trusts today said it was pleased that World Trade Organization members reached a binding agreement to curb some harmful fisheries subsidies, an achievement that will help curtail overfishing and begin to improve the global ocean’s health.

How the WTO Can Save Fish for the Future

In the midst of negotiations at the World Trade Organization (WTO) over proposals to curb the harmful fisheries subsidies that governments issue to their fishing sectors, The Pew Charitable Trusts and leading scientists developed a modeling tool to analyze the proposals’ potential effects.

Overfishing presents one of the greatest threats to the health of the global ocean. Estimates from the United Nations Food and Agriculture Organization (FAO) suggest that 34% of fish populations worldwide are exploited beyond biologically sustainable levels.