Land use planning underway in Canada’s newest territory of Nunavut could provide a model for Indigenous-led efforts to balance the needs of ecosystems, local communities, and sustainable development.

Nunavut, which covers a vast portion of the Canadian Arctic and makes up one-fifth of Canada, is rich in natural splendor and wildlife. This 1.9-million-square-kilometer (733,594-square-mile) territory is part of the ancestral home of Inuit. It was established in 1999 as part of the Nunavut Land Claims Agreement between Inuit of the Nunavut Settlement Area, as represented by the Tunngavik Federation of Nunavut, and the Government of Canada, which enshrined a separate public government for the territory, whose population is 85% Inuit.

The Nunavut agreement recognizes Inuit legal right to harvest and manage wildlife in Nunavut, as well as to extract nonrenewable resources and to share federal government royalties from oil, gas, and mineral development on federal lands. The agreement established the Nunavut Planning Commission, a co-management regime whose members are appointed by Nunavut Tunngavik Inc. (formerly the Tunngavik Federation of Nunavut), the three regional Inuit associations (Qikiqtani Inuit Association, Kivalliq Inuit Association, and Kitikmeot Inuit Association), the Government of Canada, and the Government of Nunavut. The commission is responsible for the development, implementation, and monitoring of land use plans that guide and direct resource use and development in the Nunavut Settlement Area.

Under the draft plan, existing safeguards would be strengthened. In addition, the plan would not affect established national parks, national marine conservation areas—such as Tallurutiup Imanga—and other designated sites or joint agreements in Nunavut administered by Parks Canada, which would retain their full protected status.

The commission is seeking input from local communities through a series of in-person public hearings that are expected to wrap up this fall. Insights from those engagements will inform the final plan, which the commission will submit to Nunavut Tunngavik Inc., the Government of Nunavut, and the Government of Canada for final approval and implementation in 2023.

Once approved, the NLUP could provide a blueprint for Indigenous-led efforts in Canada and elsewhere to offer significant ecological and economic benefits to large tracts of terrestrial and marine areas and could significantly contribute to the achievement of Canada’s commitment to protect 30% of land, inland waters, coasts, and oceans by 2030.

The Pew Charitable Trusts, with partner Friends of Land Use Planning, supports inclusive and comprehensive planning and Inuit’s lead role in determining appropriate natural resource use based on the ecological, economic, and cultural value of these areas to local communities.

With climate change affecting Arctic and sub-Arctic environments at a faster rate than most places on the planet, conserving Nunavut’s vast biodiversity is critical to safeguarding people and nature in Nunavut, across Canada, and around the world. 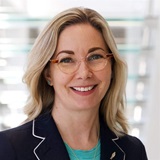