On May 6, in just a few hours, 4 inches of rain fell in and around the city of Huntington, West Virginia, causing catastrophic flooding in more than 200 homes, devastating hundreds of lives, and killing one resident. By the next day, the flood had receded, but the long, slow recovery was only beginning.

The disaster was the latest reminder that flooding is the most common natural disaster in the U.S.—and in West Virginia, one of the most flood-prone inland states in the country. This flood also added a sense of urgency for more than 70 experts from throughout West Virginia and beyond who convened in Charleston on May 18 to attend a two-day flood symposium—planned well before the May 6 disaster—hosted by The Pew Charitable Trusts, the national disaster resilience and recovery organization SBP, and the State Resiliency Office. The symposium was organized to inform the development of a new flood protection plan for the state, and as Governor Jim Justice (R) wrote in a prepared statement kicking off the symposium, “to tackle some big issues and questions … and make some changes to protect future generations from these catastrophic flood events.”

Flooding in West Virginia Is on the Rise

West Virginia developed its first flood protection plan in 2004, but funding issues and other factors have gotten in the way of fully implementing it. And the plan doesn’t account for the stronger, more frequent storms occurring today—and which climatologists say will become even more common in the near future. After a catastrophic flood in 2016 left 23 dead and hundreds homeless, the state’s Legislature took action, passing a bill to create the State Resiliency Office and develop a new version of the flood protection plan.

On the symposium’s first day, state Senators Stephen Baldwin (D-Greenbrier) and Chandler Swope (R-Mercer)—the co-chairs of West Virginia’s Joint Legislative Committee on Flooding—urged participants to send policymakers a new plan, based on science, that would save lives.

“We don’t need a plan that we want to hear … we need an honest plan,” Baldwin said. Additionally, unlike in the past, there are resources available to implement a new plan, as the state has remaining funds available from the American Rescue Plan Act and a $1 billion budget surplus, as well as funds anticipated from the Infrastructure Investment and Jobs Act, which President Joe Biden signed into law in 2021.

State Resiliency Officer Robert Martin, the primary official responsible for developing a new flood protection plan, said he welcomed the opportunity to collaborate on that effort—which was one of the symposium’s primary objectives.

“Some things need to be eliminated from [the 2004 plan] because it was no longer viable because technology had surpassed the ideas,” said Martin. He also added that the new plan needs to account for flood reduction activities that had been completed since 2004 but were not included in the original plan.

To accomplish these tasks, Pew gathered experts from within and outside the state to weigh how to best remedy West Virginia’s unique flooding challenges, including the state’s rugged terrain and historic development pattern with an abundance of towns along riverbanks.

Among these experts, Chris Emrich, a geographer and social scientist from the University of Central Florida specializing in disasters, explained that West Virginia has both severe flood threats and significant community vulnerabilities, which when combined lead to severe consequences. Additionally, Emrich said that extreme rainfall events are becoming more frequent and that the state suffers from shallow soils, undersized culverts, waterways clogged with trash and debris, and steep hillsides.

West Virginia University’s Nicholas Zegre, a hydrologist specializing in mountain freshwater ecosystems, led a discussion on data sources and the state’s unique mountainous topography. He also showed cellphone footage from his own yard in Morgantown, where a torrential downpour turned his neighbor’s driveway into a gushing creek that poured into a flooded road.

And Huntington Mayor Steve Williams, with tears in his eyes, explained how his city needed real solutions but that he has little power to impact the root causes of flooding because Huntington sits on the outskirts of a 23 square-mile watershed, most of which is outside his jurisdiction.

On day two of the symposium, participants decided what to keep or toss from the 2004 plan, and what to add in the new plan. They based these decisions on what has been working and on how West Virginia’s flood landscape has changed since 2004.

For example, the group agreed that new large-scale commercial developments—including big box stores and restaurants—and their large, impervious parking lots had worsened stormwater runoff. To respond to this challenge, participants debated how West Virginia could incentivize low-impact development practices without sacrificing economic opportunities. They also discussed how the state could develop a large-scale program focused on natural stream and river restoration and clean up waterways clogged with trash and debris. Another idea centered on whether large tracts of vacant land adjacent to waterways that frequently flood could be converted into detention basins or retention ponds that could help protect nearby communities.

Officials are considering recommendations across 12 categories

Ultimately, plans can only be implemented if they are funded. Sen. Swope said the event had given him inspiration to make sure the plan ends up getting implemented. “I see that all the resources we need are here—the science we need, the political perspective we need,” Swope said. “It is my job to take that message to the Legislature and to the governor's office.”

Moving forward, Pew will analyze the hundreds of data points and insights collected at the West Virginia Flood Symposium and synthesize findings for potential inclusion within the new Flood Protection Plan, which is expected to be finalized and released in late 2022 or early 2023.

Mathew Sanders is a senior manager, and Kristiane Huber and Zachary Bartscherer are officers with The Pew Charitable Trusts’ flood-prepared communities project. 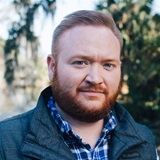 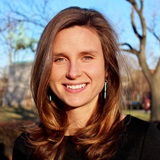 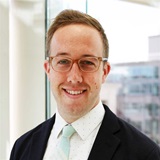