Like many parts of the country, Kentucky has experienced a devastating opioid crisis, with the second highest overdose death rate in the U.S. according to the Centers for Disease Control and Prevention.

The commonwealth’s elected officials are working to curb this toll. In March 2021, Kentucky’s executive and legislative branches invited The Pew Charitable Trusts to assess Kentucky’s substance use treatment system by meeting with more than 100 stakeholders representing government, health care, and community organizations. Two of Pew’s policy recommendations focused on individuals who become involved in the criminal legal system because of their opioid use disorder (OUD), so the project worked closely with Senator Whitney Westerfield (R-Crofton), chairman of the Kentucky Senate Judiciary Committee—who, earlier this year, introduced a bill to establish a county-based pilot program to direct low-level offenders to OUD treatment instead of treating the condition like a crime. The bill, which takes the critical step of ensuring that people are diverted from the criminal justice system based on medical assessments—and collects data so that this approach is applied equitably—passed with near-unanimous support, and Governor Andy Beshear (D) signed it into law on April 20.

This interview with Sen. Westerfield has been edited for length and clarity.

Q: Senator, what problem in Kentucky prompted this legislation?

A: In speaking with stakeholders about criminal justice reform issues, we began to focus on substance use disorders—both their rampant growth and how they’re changing. Everyone agreed that the people we’re talking about are at the low end of the offense spectrum, and that many of them struggle with substance use disorders, behavioral health concerns, trauma, or some combination of those things. And we all agreed that getting this population help would be beneficial to the public and public safety, not to mention to the human beings themselves.

We connected with Pew, and Senate Bill 90 was the result of all that effort.

Q: Can you say a little more about the bill, which, of course, is now a law?

A: The bill pairs deferred prosecution, which is a voluntary agreement between prosecutors and people charged with a crime to dismiss those charges based on certain requirements, with a new pilot program in at least ten counties: a behavioral health intervention to address substance use disorders through expanding access to treatment, particularly medications for opioid use disorder (MOUD). The intervention will be based on a clinical assessment. The bill also requires data reporting to make sure we know that the system is working the way we think it should, and hopefully generate buy-in from prosecutors in other counties to do something similar.

Q: Currently, nonclinicians—from the law enforcement or judicial systems—end up making treatment decisions in Kentucky for people with substance use disorders. Will that change?

A: Absolutely. An assessment by a qualified professional—not a police officer, prosecutor, or judge—will determine who can benefit from OUD treatment in the deferred prosecution pilot.

Right now, assessments are conducted by pretrial services staff who interview and assess an individual’s arrest, and present findings to the judge. They do an incredibly tough job, but they’re not trained as behavioral health clinicians. I wanted to get us out of the justice way of thinking and instead talk about this from a behavioral, clinical health perspective.

The new law provides a bridge gap between providers and those who need care. That’s a bridge that doesn’t currently exist through any other opportunity in the Kentucky court system.

Q: Speaking of bridges: How does the law address the fact that in some parts of your state, access to providers might be difficult?

A: One of the things we put in the bill was that the assessment can be done via telehealth, which is efficient and convenient for many people. We have providers in every county, but they don’t always have a physical office. And some providers might find it problematic to get to jails to meet with people they’re assessing. Telehealth is key if someone isn’t near a provider that can intervene.

Q: Who will be able to participate in the pilot program?

A: Eligible participants include Class D felons, such as people convicted of drug possession, as well as charged people who have no additional pending charges or warrants from other jurisdictions. They need to be verified as low-risk to flee and to public safety. The pilot will last for four years, and participants will be able to receive substance use disorder interventions, including MOUD, for at least a year.

Q: What else will participants be eligible for, in addition to MOUD?

A: There are important vocational and housing components in the bill, to identify what sort of job placement or training a person might benefit from, and allowing for a limited number of eligible people to be reimbursed for the costs of living in recovery housing. It’s widely understood that the single most effective thing you can do to reduce recidivism is to make sure someone gets a job when they’re out of custody. So jobs and housing are additional big issues—though not the only ones—facing this population.

Q: What data will the counties participating be required to collect?

A: The prosecutors will provide data on race, ethnicity, housing status, and participation in the program. But the most important data, in my opinion, will come from the providers, on the performance of each individual who goes through the program. The providers will also track information across the whole population of people in the program who they treat, so we know about success rates, failure rates, diversion rates, and compliance.

When we talked about this program being rolled out statewide, as I hope happens down the road, I want there to be a record of which prosecutors participated and why, as well as prosecutors who didn’t participate and why. I want to make sure we have as complete a picture as possible.

Q: How did you and your fellow Kentucky lawmakers work with Pew?

A: The Pew team brought world-class staff and talent to help Kentucky people use Kentucky data to deliver Kentucky-specific solutions. They did a ton of legwork by meeting with our stakeholder groups, getting their feedback, providing possible solutions, and flagging concerns. The bill wouldn’t exist without their work talking with stakeholders and working with me, [Senate] President [Robert] Stivers, and other legislators on what the bill should look like.

Q: When it comes to this program, where do you see Kentucky in five years?

A: Hopefully, there’s a statewide bill, because I hope by that point we have data that shows we’d be idiots not to put this in every county in the Commonwealth. Because this program is designed not only to intervene in the lives of these individuals; it keeps them from coming back into the criminal justice system, gives them care they didn’t have before, and gets them employed.

Q: Do you think this pilot is replicable in other states?

A: One hundred percent. If you’ve got providers, this can be done. I invite other legislators to steal the idea and call it their own, putting it to work in their own states.

Q: The legislation passed with overwhelming bipartisan support. What do you think makes this issue bipartisan?

A: We’re all humans, and we all come from communities where we’ve seen the impact of substance use. There’s not a person in the country who I’ve met who doesn’t appreciate substance use as a problem: It’s either touched their family directly, or it’s touched a neighbor or someone they go to church with, and so on. They may have different thoughts about how to approach it and how to solve it, but no one’s a stranger to substance use disorder and the havoc that it wreaks. 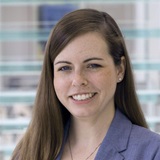 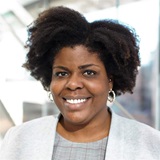