Changes in how Americans work, made in response to the COVID-19 pandemic, could have long-lasting implications on tax revenues in cities with significant numbers of commuters.

Many cities rely on those who work there—but do not live there—for revenue. Commuter-driven revenue could come from the sales tax on a morning coffee, a tax on wages earned in the city, or parking fees, for example. Now that many of the telework policies that U.S. employers adopted out of necessity in 2020 are becoming permanent, some employees will be able to cut back or eliminate the time they spend commuting or move farther from their place of work. Fewer commuters—or workers who commute less often—could translate into a shrinking local revenue base and contribute to long-term fiscal challenges for local governments.

The size of this challenge depends in part on the share of a city’s workforce that routinely commuted in the past, the proportion that permanently switches to remote work, and the mix of local revenue sources. Many workers, particularly those in service jobs, health care, or hospitality, do not have the luxury of being able to work from home. Those who do are typically in white collar, higher-paying jobs, most common in the finance, management, and professional industries. Additionally, cities that rely more heavily on property taxes—which may be less affected by changes in commuting patterns and do not collect income or sales tax, for example—could be more resilient to long-term shifts to remote work.

In Philadelphia, for example, wage tax revenue through January 2021 came in well below pre-pandemic forecasts. City experts attributed part of the wage tax revenue decline in the information, financial activities, and professional services sectors to the number of usual commuters who were exempt from the wage tax while working remotely. “The outsized decline in wage tax collections relative to job losses in these industries, in addition to the fact that these industries are more likely to support remote work, suggest that telecommuting for non-residents has already had a substantial effect on the City’s finances,” according to an analysis by the City’s Office of the Controller.

This data visualization using 2019 Census Bureau data shows the share of commuters among the workforces of 10 cities—Baltimore; Carson City, Nevada; Washington, D.C.; Denver; New Orleans; New York; Philadelphia; Richmond, Virginia; San Francisco; and St. Louis. The proportion of commuters can provide insight into the relative risk to each city’s revenue base. The commuter share is defined as the proportion of jobs in a city with employees who live outside the city. The data visualization also depicts the share of total jobs in the city that are in the finance, management, or professional sector. (See notes below.)

Among the 10 cities, Richmond has the highest commuter share at 77%. San Francisco’s is lower at 62%, but that city has the highest share of professional jobs, 29%. That data point signals potential increased fiscal risk if remote work arrangements stay in place. In contrast, Carson City’s low share of professional jobs, 7%, could reduce its fiscal risk.

New York City stands out with the lowest commuter share at 28%, but the data shows that many people work in one of the city’s five boroughs and live in another, rather than outside the city’s borders. New York’s share of professional jobs may also seem low at 19%, but that number represents the aggregation of all boroughs. When looking only at Manhattan, an international center of finance jobs, that share rises to 31%. 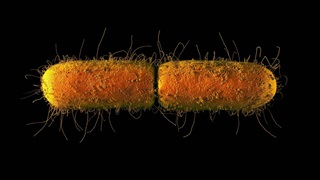