New Policies Promise a Two-Pronged Win for Wildlife in Nevada

On Aug. 23, Nevada Governor Steve Sisolak signed Executive Order 2021-18 directing state agencies to work together to bring relief, restoration, and resiliency to Nevada’s imperiled sagebrush ecosystem and migrating wildlife. Then, BLM Nevada announced a new policy for prioritizing the conservation and restoration of big-game migration corridors on public lands. These new policies at the state and federal levels leverage the wealth of new science that the Nevada Department of Wildlife and Department of Transportation have cultivated over the past decade regarding where and how animals move across landscapes, and identifying threats to and opportunities for protection of the state’s vast unbroken acreage of sagebrush.

This “sagebrush sea” of the American West is one of the most imperiled ecosystems in the U.S.: Since the 1800s, more than 50% of it has been lost or degraded because of wildfire, invasive species, climate change, and fragmentation. Many of Nevada’s economically important species such as mule deer and pronghorn rely on migration corridors in sagebrush habitat to connect their seasonal ranges. The new policies will provide benefits for the state’s sagebrush ecosystem and for the many species that depend on it.

BLM’s new policy, released in an instruction memorandum, complements the executive order by:

If these state and federal actions are implemented effectively and in coordination with one another, Nevada’s sagebrush ecosystem and the wildlife that depends on it will be significantly better equipped to withstand the pressures that drought and habitat fragmentation currently pose. Funding is now essential: Without substantial investment to back up the worthy intentions of these two new policies, they could wither away along with the sagebrush. Nevada’s Legislature should ensure that money is allocated toward these efforts, and it should cement the policies in law and regulation. With the Legislature supporting the governor’s action, the final pieces of a major state-federal collaboration could fall into place, serving as a template for effective wildlife migration and sagebrush conservation across the West.

Matt Skroch is a project director and Nic Callero is an officer with The Pew Charitable Trusts’ U.S. public lands and rivers conservation team. 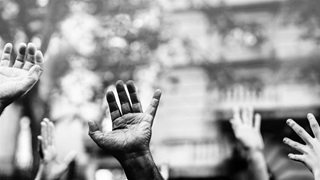 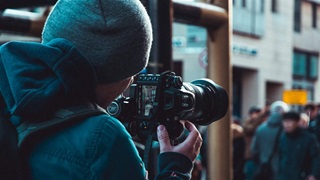