Biden Administration’s Retirement Savings Proposals Are Both Familiar and Novel

Range of policies is intended to help more Americans put money away for the future
President Joe Biden brings a new set of retirement policy priorities to the job, including some that differ significantly from those of the Trump administration. During the campaign, then-candidate Biden released several proposals intended to encourage more Americans to save for retirement. The broad approach generally builds on ideas put forward by previous administrations and Congresses.

Two notable measures call for realigning tax incentives for retirement plan contributions to equalize the benefit for high- and low-income savers and creating an “automatic 401(k)” option for those without access to a workplace retirement savings plan.

The details of each policy remain to be finalized. But the realignment of tax incentives would replace the existing deduction for individuals contributing to a qualified retirement plan with a refundable tax credit of 26% of the contribution, applied evenly to all savers. The existing deduction disproportionately benefits high earners because its value is directly related to the saver’s top tax rate.

The automatic 401(k) proposal is not as well defined but may closely resemble the plan in the Automatic Retirement Plan Act, which was introduced in 2017 by Representative Richard Neal (D-MA), chairman of the House Ways and Means Committee. Under that bill, employers with more than 10 employees—excluding religious organizations—would in most instances be required to offer their workers a qualified plan such as a 401(k) or face a penalty of $10 per employee per day up to $500,000 a year.

Somewhat controversially, Neal’s legislation would have created a new type of 401(k) that would be exempt from some federal administrative requirements that are intended to ensure that a plan benefits all employees, not just the highly paid. These requirements can be difficult for some small and medium-sized businesses to implement, especially those in a startup phase in which employee compensation may include an equity stake or other complicated arrangements.

The bill also would allow states that have already set up their own automatic individual retirement account (auto-IRA) programs to continue operating them; employers participating in such state programs would be considered in compliance with the federal law. Under typical state auto-IRA programs, workers without a retirement plan are automatically enrolled in an IRA unless they choose to opt out.

In addition to the state auto-IRA programs, another approach that might address or supplement the administration’s goals is the federal Automatic IRA Act, which was introduced in 2019 by Senator Sheldon Whitehouse (D-RI). Focusing entirely on IRAs—which have lower annual contribution limits than qualified plans such as 401(k)s and don’t allow for an employer match—the bill may be less robust than the Automatic Retirement Plan Act, but it, or something like it, would still radically expand access to workplace savings arrangements.

Auto-IRA bills have been introduced in every session of Congress since at least 2006, and the Obama administration began including the auto-IRA as a provision in its annual budget proposals after taking office in 2009. Although these proposals have yet to be enacted at the federal level, the number of state-facilitated auto-IRA programs has continued to expand in recent years. Their success, the sustained and at times bipartisan congressional interest, and the fact that auto-IRAs were a hallmark retirement proposal of the Obama administration could mean that President Biden will support similar national legislation. In fact, in a departure from policy under former President Donald Trump, the Department of Labor recently withdrew support for a lawsuit filed in 2018 against California’s auto-IRA program.

The new administration also could address issues related to retirement plan advice and associated fees. In 2015, the Obama administration’s Department of Labor issued an expansive set of regulations—known collectively as the fiduciary rule—that required financial advisers, such as investment broker-dealers, to act solely in their client’s interest.

But the rule was only partially implemented before it faced legal challenges. By 2018, the Trump administration had declined to defend the rule, and the 5th U.S. Circuit Court of Appeals struck it down in its entirety. In the aftermath, the Securities and Exchange Commission created Regulation Best Interest, which requires broker-dealers to disclose potential conflicts to clients and offer investment advice that is in the client’s best interest, specifically considering cost as a factor, which was not required before. Previously, broker-dealers had to find only that their recommendations were “suitable,” a lower threshold.

Although Regulation Best Interest is not as strict as the fiduciary standard, the Biden administration’s Department of Labor has already allowed a similar rule governing retirement plan investment advice—developed during the latter half of the Trump administration—to go into effect. The department has said it will continue to evaluate the rules and strengthen them if necessary.

The administration is still in its early days, and many federal agency positions that cover investment, retirement, and employer benefits policies have yet to be filled. This means there are many details still to come about the Biden legislative and regulatory agenda over the next four years. For now, the president’s government continues to promote broad goals he laid out during the campaign, which are similar to those pursued during the Obama years.

The American Family: The Not So Golden Years

After all the hard work and child rearing, do Americans get to finally relax and retire with some financial stability? Research shows the golden age of retirement doesn’t always shine.

As part of an end-of-year spending deal, Congress passed the Setting Every Community Up for Retirement Enhancement (SECURE) Act, which President Donald Trump signed into law on Dec. 20. A significant advance in federal retirement policy, the package combines an array of long-discussed proposals intended to boost savings by private sector workers. 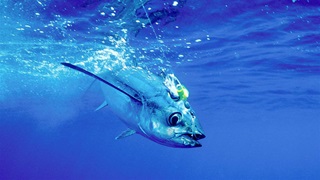