The human brain is made up of 100 billion neurons and can process as many as 100,000 words and 34 gigabytes of information each day. However, injuries or diseases can limit the brain’s information processing and storage power, a reality that has led scientists to investigate methods to alleviate and, where possible, prevent damage.

March marks both Brain Injury Awareness Month and Brain Awareness Week (recognized annually during the third week of the month) to highlight the importance of and progress being made in brain research. From new work on how to protect against brain injury to insights about early-onset Parkinson’s disease and a rare brain disorder, members of the Pew Scholars Program in the Biomedical Sciences and Pew Latin American Fellows Program in the Biomedical Sciences are contributing to critical investigations that can improve our understanding of the brain and how to protect the body’s “command center.”

Research on protecting against brain injury

Traumatic brain injury (TBI) affects about 1.5 million Americans each year and is a leading cause of death and disability among children and young adults in the United States. These injuries can also trigger or increase the risk of dementia akin to Alzheimer’s disease—the loss of memory and other cognitive abilities from the degeneration of neurons. Researchers have found that after a brain injury, an assembly of proteins called Tau is chemically modified and forms abnormal clusters that hinder the ability of neurons to send and receive signals. Typically, these misfolded proteins are refolded, broken down, or removed from the body, but under stressful or diseased conditions, they can escape quality control checks. This limits the brain’s function—its critical ability to communicate with the rest of the body.

Although science had already established that a protein called GSK-3 beta plays a key role in Tau’s modification after TBI occurs, 2018 Pew biomedical scholar Kassandra Ori-McKenney and her team discovered that another protein, DYRK1a, may enhance GSK-3 beta’s ability to alter Tau. Building on this knowledge, Ori-McKenney’s lab at the University of California, Davis is working to dissect the sequence of molecular events that allow for the phosphorylation of Tau—when a phosphate group is attached to the protein—to become elevated during traumatic brain injury.

Using vinegar flies, which have a complex nervous system similar to that of humans but a short life span, researchers could quickly study the long-term consequences of traumatic brain injury. Ori-McKenney’s group plans to look at how the modification of Tau affects the life span and locomotion of flies. That work could inform new therapies that target DYRK1a, helping to protect against brain injury and potentially accelerate development of treatments for a variety of neurodegenerative conditions.

An estimated 60,000 Americans are diagnosed each year with Parkinson’s disease (PD), a disorder that impairs dopamine-producing neurons in the region of the brain responsible for controlling movement. Many neurodegenerative disorders, including PD, are associated with the unhealthy buildup of misfolded proteins. For example, alpha-synuclein proteins—which are naturally abundant in neurons—can form certain structures that are prone to spreading toxic clumps throughout the brain to cause damage or death to neurons. To better understand this process, 2016 Pew Latin American fellow Guilherme A.P. de Oliveira has investigated how these misfolded proteins begin to cluster.

In 2019, de Oliveira and his team at Federal University of Rio de Janeiro in Brazil used cryo-electron microscopy to study alpha-synuclein and how variants of this protein form aggregates over time. De Oliveira’s findings provide new information on mutations including A53T, a version of the protein linked to familial PD (when the disease is caused by inherited factors). They also shed light on why the disease often manifests earlier than in individuals with sporadic PD (when the disease’s cause is unknown).

By comparing how normal alpha-synuclein protein and its mutants form clusters, de Oliveira noted that the A53T version had the potential to induce faster spreading of its toxic clumps. This work provides insight into how abnormal clumps begin to arise in people with PD and could help propel the creation of preventive strategies for early forms of the disease.

Creutzfeldt-Jakob disease (CJD) is a rare and rapidly progressive fatal brain disorder. CJD is part of a larger family of human and animal illnesses called prion diseases, named after distorted proteins that can bind to similar proteins and also cause them to misfold. Researchers know that CJD is caused when prion proteins form large, unbreakable clumps that damage and ultimately kill neurons in the brain. However, it is unclear why benign prions switch to form infectious clusters.

José A. Rodriguez, a 2018 Pew scholar, pioneered methods to look at protein structures such as amyloid proteins, often associated with Alzheimer’s disease. Working at the University of California, Los Angeles, Rodriguez applied these tactics in 2020 to assess the structure and features of the human prion protein.

This near-atomic look examined a segment of ropelike fibers within prion proteins and revealed the structure and assembly differences within harmful strains. For example, certain prion variants are more durable and can resist breakdown and removal from the body, which can help accelerate the course of CJD. This knowledge can help researchers understand the process of how prions become toxic and infectious, and that could lead to strategies to halt the neurodegenerative disorders they cause, such as CJD and fatal insomnia. 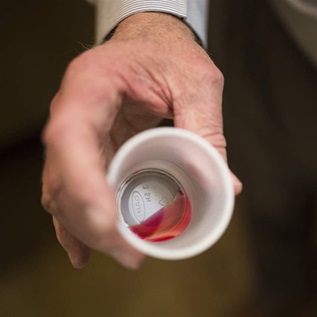