Stat: 12 million: The number of Americans who use payday loans each year.

Story: Payday loans can help people facing an unexpected financial crunch—but can also bring unexpected problems. Ohio adopted an innovative new law to protect consumers who were being dragged into a cycle of debt by the very loans they thought would help them. We learn more from Nick Bourke, who directs Pew’s consumer finance work, and Pastor Carl Ruby, who saw the downside to the loans and helped lead the fight to change the law.

States of Innovation From 'After the Fact'

A new season from Pew’s podcast

The latest season of Pew’s “After the Fact” podcast looks at the innovative solutions some states are developing to meet long-standing problems. From making small loans more affordable for consumers, to improving community flood preparedness, to designing corridors for wildlife to migrate safely across high-traffic roads—protecting animals and drivers—state leaders are working together to tackle big challenges. 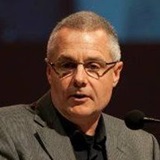