Editor’s note: This article was updated on December 10, 2020 to cite the Treatment Advocacy Center.

On any given day in the United States, far more people with serious mental health needs are in jail than in mental health facilities, according to the Treatment Advocacy Center. In Miami-Dade County, Florida, a large percentage of adults suffer from a mental illness such as bipolar disorder or schizophrenia. Steve Leifman, a criminal court judge and creator of the Criminal Mental Health Project, aims to place those with mental illnesses into treatment instead of jail. He spoke with The Pew Charitable Trusts about the nationally recognized program.

Q: Many states are grappling with responding to people with mental health concerns who are involved with the justice system. For more than a decade, the Criminal Mental Health Project has served as a model for jurisdictions. How did this project begin?

A: In 2000, I spoke to a couple whose son was in jail. They were very distraught and begged me to help him. He was the former head of psychiatry at a hospital and a Harvard-educated psychiatrist. He also had late-onset schizophrenia, was homeless, and kept recycling through the criminal justice system. I made the mistake of promising them that I could help. I was new to the bench and assumed that there was a mental health system where we could send him.

Q: What happened when his case appeared before you?

A: He was coherent, thoughtful, and knew more about the mental health system than I did. And then he had a full-blown psychotic episode. It was horrifying. He ended up spending 10 to 12 weeks in jail waiting to be evaluated for competency. The evaluations came back and said that not only was he incompetent, but he even met Florida’s very high standard for involuntary commitment because he was imminently dangerous to himself or others.

Then I learned that, as a county court judge, I had absolutely no legal authority to involuntarily commit him to a psychiatric hospital. My only option was to release him back to the street. I cannot tell you to this day if he’s dead or alive.

Q: Why did this happen?

A: Because he was only charged with committing a misdemeanor, he was not eligible for an in-patient competency restoration facility. And because I am a county court judge, I didn’t have the legal authority to commit him to a civil psychiatric hospital. Unfortunately, this results in people with mental illnesses continuously recycling through the criminal justice system. The bottom line is that there’s no one entity that’s responsible for this complex population.

Q: How does the Criminal Mental Health Project work?

A: When we started our project, we had a summit with the traditional and nontraditional stakeholders and devised a two-part approach: pre- and post-arrest.

Q: Explain what happens during the pre-arrest phase.

A: We put police officers through Crisis Intervention Team (CIT) police training, a 40-hour training program that teaches law enforcement officers how to identify people in a mental health crisis, how to de-escalate the situation, and where to take  individuals for treatment as opposed to arresting them. We now have the largest trained squad of CIT officers in the United States—over 7,600.

Q: How has this training helped?

A: It has made police officers so much more empathetic to people who have serious mental illnesses and who have experienced trauma. That’s a big part of the reason they’re arresting so few individuals with mental illnesses—they really get it and are able to approach people in a calmer way.

Q: Does data support that?

A:  From 2010 through 2019, the two largest police departments in Miami-Dade, the City of Miami and Miami-Dade County police departments, handled 105,268 mental health calls and made only 198 arrests. They diverted 18,608 individuals from jail and assisted 66,556 in accessing treatment. It’s stunning.

These diversions come out to 3,757 fewer bookings a year. And since the average stay of someone who’s arrested on a misdemeanor is almost 30 days at $265 a day, that equals 109,704 fewer inmate jail days. That equals 300 years of jail bed days at an annual cost avoidance to the county of $29 million a year.

Q: What happens to people with mental illnesses who do get arrested?

A: Within three days of the arrest, we physically move individuals from jail to a crisis stabilization unit, where they can be held for up to two weeks. Once they begin to stabilize, we send a member of our team, trained in motivational techniques to try to persuade them to come into our voluntary program. If they agree, and most of them do, they’re transported directly to the courtroom, where one of our eight peer specialists is waiting for them with clothes, food, medication, and transportation to housing.

Q: What happens to these individuals when they arrive in front of a judge?

A: The court monitors them. We conduct three screenings: a psychosocial to get a clear idea of what their illness is and what their clinical needs are, a substance use disorder assessment, and a criminogenic risk assessment. The tools we use are all validated and free in the public domain.

Q: How is the project funded?

A: Through federal, state, and local dollars. When we applied for federal grants, our county agreed to sustain the grants programs if we were able to show positive measurable outcomes.

Q: Has the program been able to stop individuals from recycling through the system?

A: The recidivism rate among our misdemeanor population dropped from 75% to 20%.

Our felony recidivism went down to about 25%. For those charged with felonies, jail bookings and days spent in jail decreased by 59% and 57%, respectively. That’s 31,000 fewer days in jail, nearly 84 years of jail bed days just from our felony program.

Q: Has there been a decline in the number of individuals put in jail for the first time?

Q: How do reduced jail bookings save taxpayer dollars?

A: People usually say this is cost savings. It’s not; it’s cost shifting, which is OK. But we also closed one of our three main jails. That’s $84 million in real savings as well as other positives that have come about because of the program.

Q: What are those positives?

A:  Our police shootings have dropped precipitously. We just finished a study with the City of Miami Police Department comparing the five years before starting our CIT program and the five years after. We went from 90 shootings in the five years before CIT to 30 in the following five years after implementing CIT. Now it’s been steady at two or three a year, at the most. As a result, the city’s liability costs were substantially reduced, saving taxpayers hundreds of millions of dollars in losses [from lawsuits against the city for wrongful death], and the bond rating improved due to so few shootings. That’s another tens, if not hundreds, of millions of dollars in savings for the county and the taxpayer.

Q: How has COVID-19 affected what you’re doing?

A: We’re not taking a whole lot of new cases right now, so I’m thankful the police are making so few arrests. But 40%, 50% of the people in jail have the virus. It’s just terrible. You shouldn’t get a death sentence when you get picked up on possession of a dairy cart. And it’s hard for our staff not to be able to have direct contact with this population.

Q: Have you been able to identify positive outcomes from the impact COVID-19 had on the system?

A: We’ve been fairly successful at monitoring our clients through Zoom. It’s been better to see individuals in their home life environment instead of in court. They are so much more relaxed and not nervous. You see them as individuals, not defendants, and it makes it easier to communicate with them. 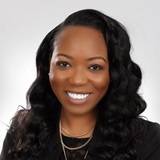