This article was updated Oct. 12 to correctly reflect the total value of bonds sold by the Metropolitan Transit Authority in August to the Federal Reserve's Municipal Liquidity Facility.

The MTA’s actions, together with the state of Illinois’ sale of $1.2 billion in one-year securities to the MLF in June, show how the program can offer affordable financing to lower-rated governments and public entities, helping them to address cash flow issues and revenue losses stemming from the COVID-19 pandemic. The Fed money can be used to preserve core government services and vulnerable budget lines—including contributions to public pension plans, which must continue to provide benefits to retirees despite precipitous declines in government revenue.

The MTA, which manages public transit in and around New York City, completed the deal at a rate of 1.93%, including interest and fees, based on a pricing schedule established by the Fed. That pricing compared favorably to what the MTA could then access in the private market. On the same day, the authority attempted to sell the bonds in a public auction but opted for a deal with the MLF after receiving offers with an average rate of 2.79%. That was more than 80 basis points higher than the cost of borrowing through the Fed program that launched in May.

The MTA became eligible to participate in the MLF in early June, when the Fed expanded the eligibility criteria for a second time to include smaller cities and counties and other public entities, including “revenue-bond issuers”—such as the transit authority. The deal came barely a week after the Fed announced a decision to lower rates under the program by 50 basis points for all issuers—the fourth amendment to MLF terms since the program’s creation.

The August transaction exhausted only a small portion of the authority’s reported $3.4 billion MLF loan limit. The MTA now says it’s considering using the remaining funds to help balance its budget as it struggles to maintain operations amid reduced ridership and overall revenue. Lawrence Schwartz, chairman of the MTA’s finance committee, said the money is the “cheapest … the MTA will ever be able to get as a loan.”

It’s unclear whether a second MTA borrowing would affect usage of the Fed program. Most states and localities can still access more favorable pricing in the primary markets, even with the reduction in rates agreed to in August. That’s because the MLF is intended to function as a market backstop, with “penalty” rates above those typically available in the private market. Only lower-rated issuers—such as Illinois, with a BBB- rating, and the MTA, rated as low as BBB+—have found the rates attractive. That pattern is expected to continue unless program terms are changed or market conditions worsen.

Still, for Illinois and the MTA, the MLF provided timely and comparatively less expensive financing. The borrowing has bought officials time to develop more comprehensive fiscal solutions and to await the outcome of congressional deliberations, which could include significantly more aid for states and localities.

Calls for the Fed to ease MLF terms—making the program more attractive to municipal borrowers of all credit qualities—have increased recently. In August, more than 50 Democratic members of Congress wrote to Fed Chairman Jerome H. Powell asking for fundamental changes to the program, including calls to eliminate the penalty-rate structure and extend the maximum term on eligible loans from three to at least five years. Other lawmakers, however, have resisted those changes, saying the program has achieved its intended purpose of calming down the market and should remain in the role of a last resort.

No matter the terms of MLF financing, federal support alone likely will not be enough to solve the challenges facing state and local governments. Any federal help will typically need to be accompanied by reserve fund withdrawals, budget cuts, or new revenue—strategies that most jurisdictions have already begun to address.

Still, if direct aid from the federal government is not expanded, revenue anticipation financing could emerge as an important tool given the nature of the COVID-19 recession. The current economic shock, while unprecedented in abruptness and impact, is expected to subside relatively quickly compared with past recessions. That could allow state and local revenues to recover faster as well, providing governments an opportunity to use deficit financing to “smooth” revenue intake across the downturn and recovery.

Whether the MLF will ever be widely appealing depends on factors such as the outcome of congressional deliberations on additional relief spending; the impact of the virus on financial markets and the economy; and, ultimately, how the Fed responds to those developments. Given the uncertainties, state and local officials would be wise to review current MLF terms and understand the scenarios in which their governments might benefit from using this program.

Greg Mennis is a director and Ben Henken is an associate with The Pew Charitable Trust’s public sector retirement systems project.

New Jersey Governor Phil Murphy (D) and lawmakers have agreed on a plan to make the largest public pension contribution in the state’s history, moving to ensure the solvency of a chronically underfunded system at a time of great economic uncertainty. 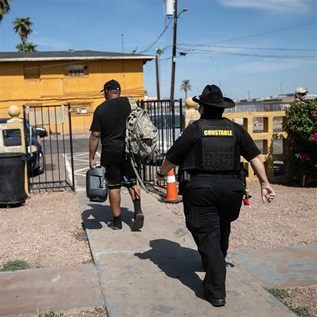 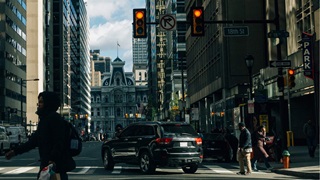 How Black Philadelphians View Their City 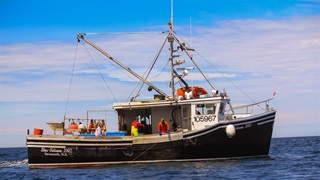 Transparency and Illegal Fishing in The Atlantic