A stress test analysis of Montana’s two largest public pension systems shows that reforms adopted by state lawmakers in 2013 have had a significant positive impact but that additional policy changes may be needed if future investment returns fall below the plans’ average annual target of 7.6%.

The Pew Charitable Trusts analysis completed in May assesses fund performance under a range of economic scenarios for the Public Employees’ Retirement System (PERS) and the Teachers’ Retirement System of Montana (TRS). Together, these two plans account for 87% of Montana’s total pension liability and administer benefits for more than 90% of public workers and retirees.

Stress testing is a simulation technique that can help policymakers prepare for the impact of adverse economic conditions on pension balance sheets and government budgets. In January, Montana’s Pensions and Local Trends Legislative Finance Subcommittee asked Pew to supplement an in-depth risk assessment done by the state plans’ actuarial consultant with a report based on Pew-developed guidance known as the Foundation for Public Pensions Risk Reporting. We designed the best-practices guidance in collaboration with industry experts to make stress test analysis accessible to a broad range of stakeholders, including plan sponsors and budget officials.

The analysis found that the financial position of the plans would improve over time if current assumptions were met, but that under a low return or asset shock scenario—both possible with a recession—the two systems would face a real risk of fiscal distress. (See Figure 1.)  Although these findings do not explicitly account for the still uncertain impact of the coronavirus pandemic, they can provide policymakers with critical insights into how the systems would fare if confronted by the significant volatility and asset losses that can come with a recession. They also provide a consistent framework for further analysis, including updated projections and scenarios that Pew has developed and will apply to future stress tests beginning with the fiscal year that starts July 1.

With completion of the analyses by Pew and the plans’ actuarial consultant, Montana joins a growing number of states that have employed stress testing in recent years. As of May, it was the 10th state to require stress testing or risk reporting.

Specifically, the Pew analysis found that:

As state policymakers nationwide begin to respond to the fiscal impact of the pandemic, stress tests can be powerful tools for assessing the effect of a market downturn and increased market volatility on pension funding and broader budgets. Pew’s findings for Montana’s largest plans suggest that leaders could consider further policy actions. Potential reform options include lower assumed rates of return on investments that more closely align with projected market performance and a commitment to additional funding over time to prevent rising pension debt.

Susan Banta is a director, Michael Lowenthal is a manager, and Ben Henken is an associate with The Pew Charitable Trusts’ public sector retirement systems project. 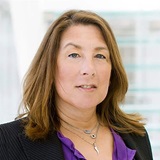